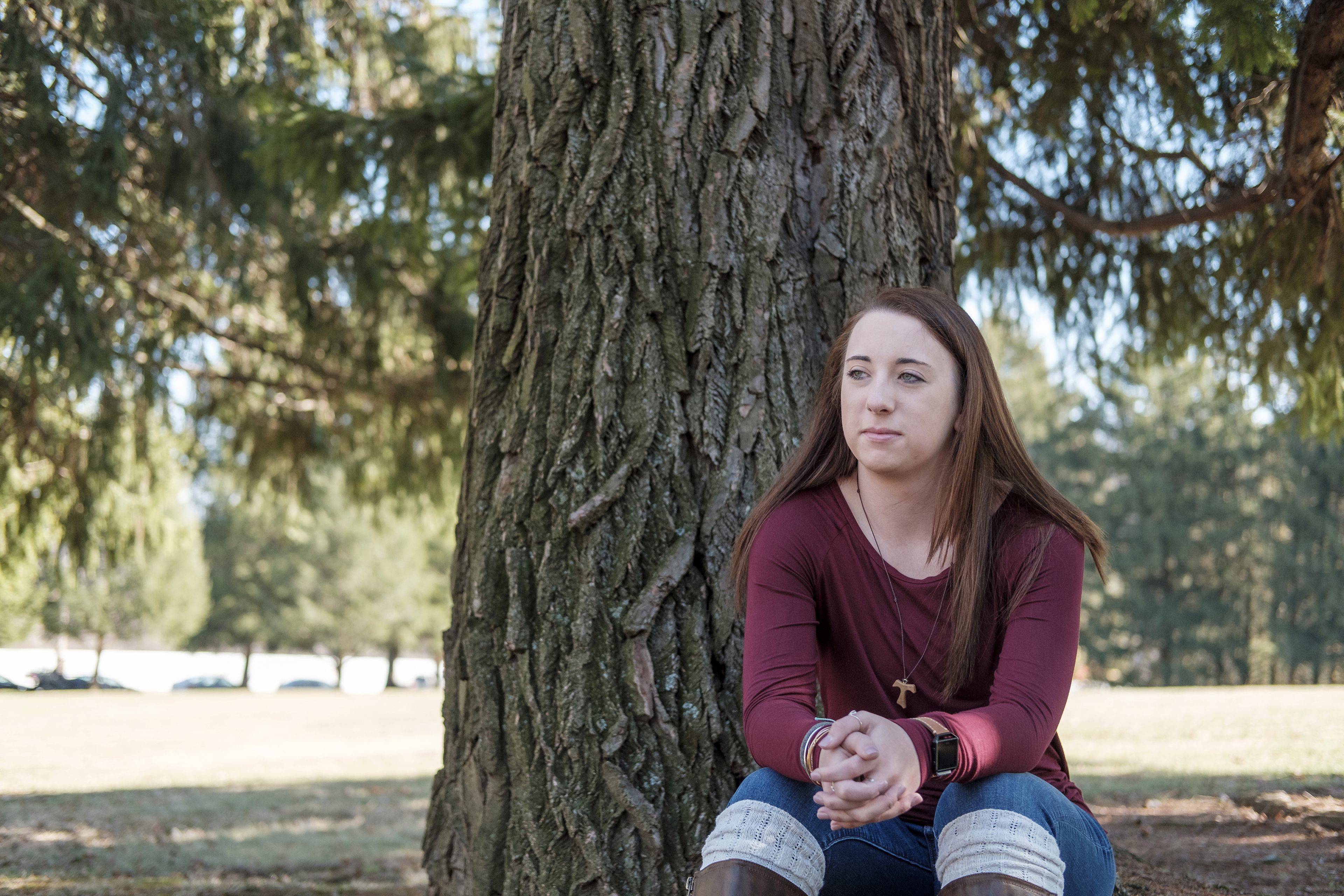 As a freshman from Sunbury, Pa., Alyssa Keifer had early plans to earn a degree in psychology and pursue work in a school setting. But an Alvernia University alternative break trip to Los Tres Brazos, Dominican Republic, helped Keifer to feel stronger in her faith and set her on a new path toward a higher degree in theology and a vocation in ministry and social justice.

“I’ve always had in mind that whatever I ended up doing, I wanted to be helping others,” said Keifer. “I’ve been very fortunate in my life, so to be able to give back and serve is very important to me.”

The trip, taken during her junior year at Alvernia, allowed Keifer and fellow travelers to teach children and adults at the Bernardine Franciscan Sisters’ school in the Los Tres Brazos barrio.

“Seeing the positive outlook the Dominicans have on life and how much faith they have despite the fact that they were living with essentially nothing, or very minimally compared to how we live here, was really moving. If they can live like that and have so much faith, then why are we so focused on material things?” asked Keifer.

After her trip, Keifer took on a new role as a student-leader in campus ministry. The role led her to apply for a Fromm Interfaith Scholarship, which she used to plan impactful events, designed to raise awareness for the plight of refugees.

She planned a heavily attended interactive simulation that helped campus members experience life as a refugee. The event was so popular that a few months later, Keifer worked with Campus Ministry to bring a refugee family to campus to share their personal accounts of fleeing Turkey.

“I’m not trying to change anyone’s opinion,” said Keifer. “I just want people to be more informed. I feel like that’s a part of our liberal arts education — leaving with the ability to think critically and understand bigger meanings.”

Fully embracing Alvernia’s Franciscan values, Keifer is a self-described “eclectic Christian,” who plans to pursue a Master of Arts degree in theology and ministry at Drew University after completing her bachelor’s degree at Alvernia.

“We all believe in a higher power regardless of what we call that higher power or how we practice it,” said Keifer. “There’s a bigger being in our lives. If we can come from a point of understanding, I think we could solve a lot more of our problems.”