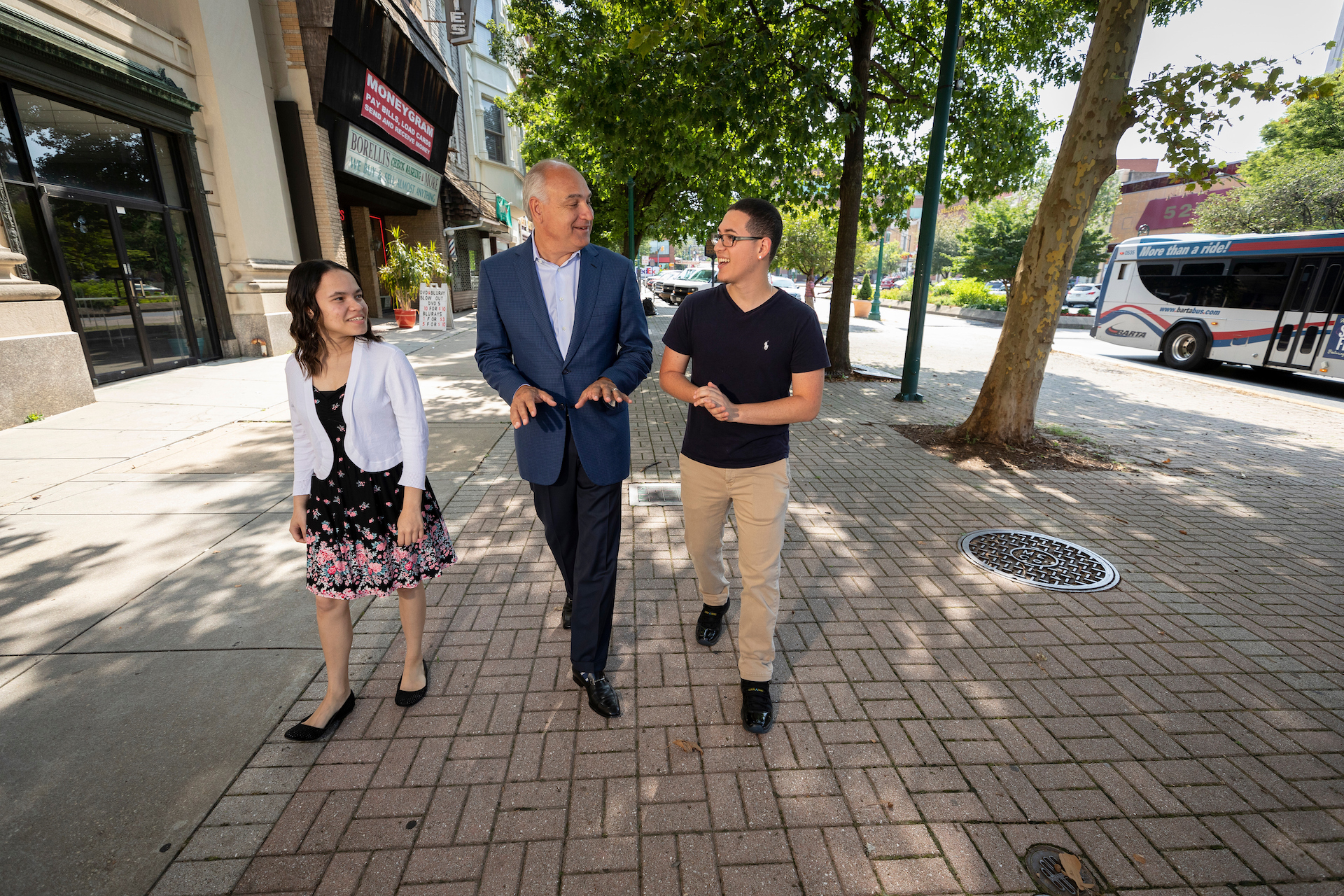 Of the various “Reading” things John Loyack has done since being chosen as Alvernia’s seventh president, two stand out. One was having lunch at Jimmy Kramer’s Peanut Bar, the iconic Reading restaurant that’s perhaps best known as the place where it’s OK to throw your peanut shells on the floor. The second was attending the Berks Jazz Fest, held this year in late March and April, which featured the Berks High School All-Star Jazz Band, the Navy Commodores, tributes to Miles Davis and Aretha Franklin, a trio playing what they called “Sweet, Sexy Soul,” and dozens of other performances at venues throughout downtown. “How lovely it was,” Loyack said, “and how little people outside of the area seem to know of it.”

That lack of awareness of what’s going on in Reading is something that Loyack would like to change.

Alvernia’s new president has big ideas for both the university and its home city. Loyack comes to Alvernia from King’s College in Wilkes-Barre, where he was executive vice president of finance and the architect of a college turnaround that today gets described in biblical terms, with words like “redemption” and “resurrection.” A big part of that turnaround involved transforming abandoned downtown buildings into structures that would house the kinds of programs the college wanted to create. In the process, Wilkes- Barre became a college town. He’d like to see something similar happen in Reading.

“You bring the building back to life, repurpose it, and bring economic activity to it, expand the mission of the institution, and grow the city, all in one activity,” Loyack said, “I love activities that have that kind of multifaceted impact. They open up all kinds of doors.”

Unlike King’s College when Loyack arrived there in 2012, Alvernia’s vital signs are strong. Enrollment is at its highest level ever. The budget has been in the black for 15 consecutive years. But while the university may be in good shape, the city of Reading could use a shot in the arm. According to the most recent census data, the median household income in the city is below $30,000 a year. More than a third of residents live in poverty. In 2011, The New York Times said Reading was the poorest city in the U.S. 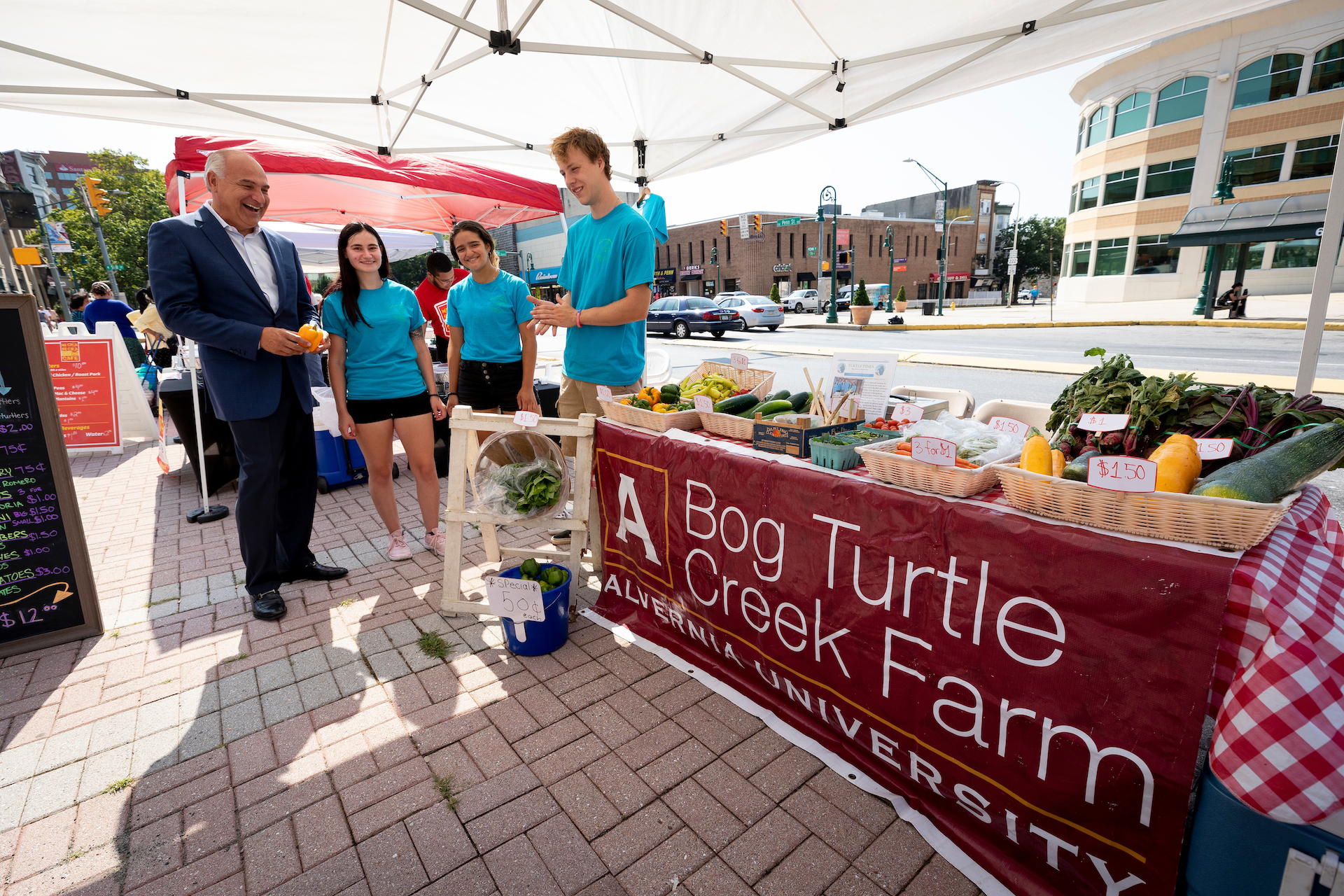 The university has already taken significant steps to increase its presence in Reading. The Reading Collegiate Scholars Program brings underrepresented graduates of local high schools to Alvernia and has expanded to include students from Reading Area Community College as well. Nearly 300 students have received support through the program. The O’Pake Institute for Ethics, Leadership and Public Service (now known as the O'Pake Institute for Economic Development and Entrepreneurship) helps build community partnerships.

A college, Loyack believes, can catalyze urban revitalization in ways that other institutions can’t. “Why wouldn’t we have a school or college downtown?” he said. “It just creates opportunities. In a day where it’s such a competitive world in higher education, we need to innovate and continue to find ways to grow what’s special about Alvernia’s mission.”

“John has a great perception of what is already happening here,” said Glynis Fitzgerald, Alvernia’s new senior vice president and provost. “And he also has the vision to build on those key strengths in ways that transform the students who come here and the university as a whole.”

Loyack’s first official day as Alvernia’s president was July 1, but his appointment was announced in December, and he spent much of the winter and spring with one foot in King’s and the other in Alvernia, sometimes holding phone meetings on the drive back and forth between the two campuses. He invited Alvernia staff to come to Wilkes-Barre so he could show them what King’s had accomplished there. All of this happened before Loyack was officially on the clock at Alvernia. “The time and energy he has put into his new role demonstrate what kind of leader he is,” said Freddie Pettit, vice president of institutional advancement at King’s, who has worked closely with Loyack for years. 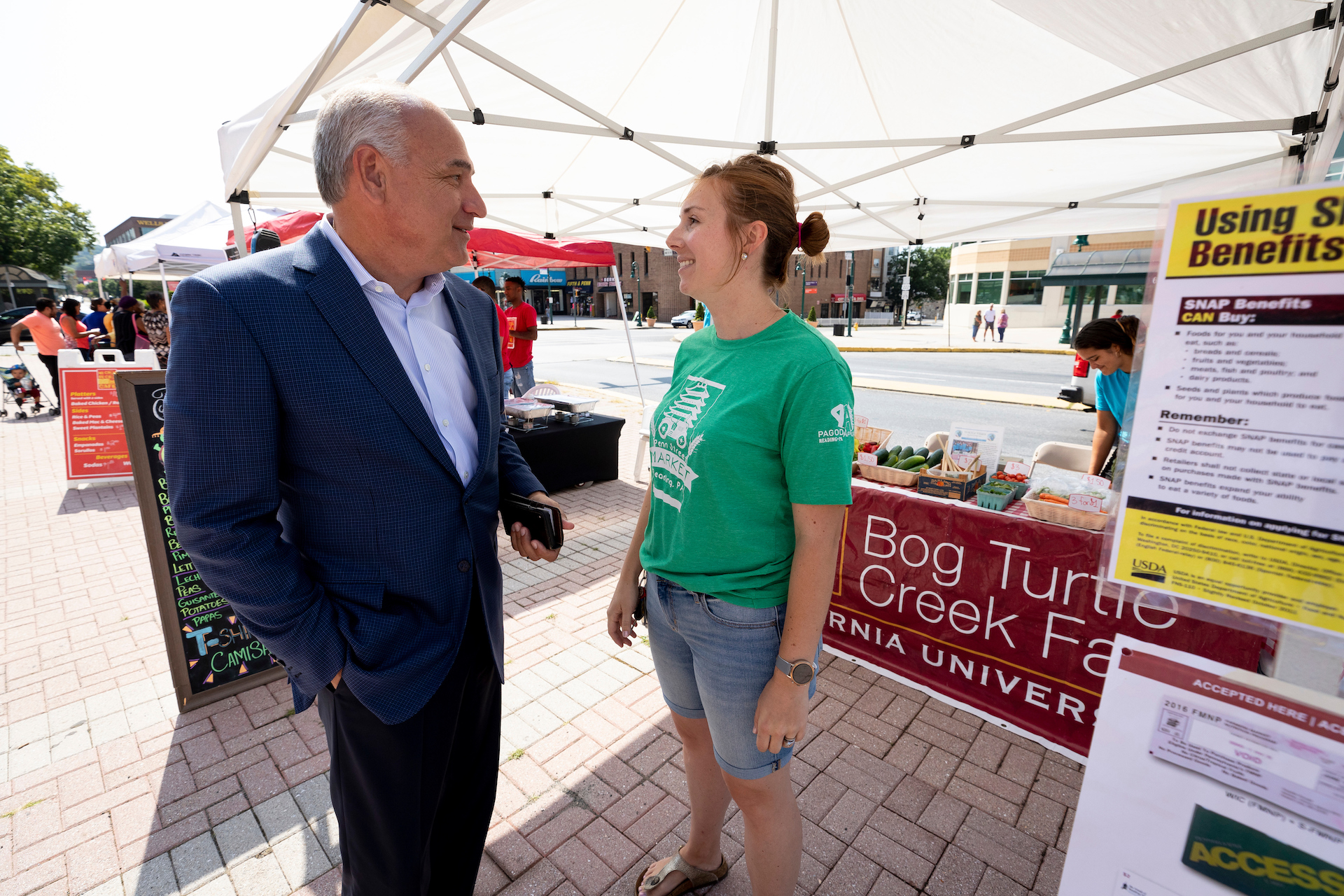 Being a university president has a way of constricting one’s spare time, but what free time he can carve out of his schedule Loyack would like to spend with his two daughters and son: Shawn, who is senior assistant director of admissions at King’s College; Courtney, a recent graduate of Notre Dame Law School who’s starting her legal career in Houston; and John Paul, who just graduated from Oklahoma State University and is beginning a career in finance. Loyack also plays golf, enjoys a glass of good wine, and has been known to partake in the occasional cigar.

One of the reasons Alvernia selected Loyack as president was that he brought substantial expertise not just in higher education but also in the world of business. Before taking the job at King’s College in 2012, he was president and CEO of Optim Energy, a Texas-based power-plant operator. Before that, he held other leadership positions in the corporate sector.

At its core, he said, a college is a business, and it needs to do the kinds of things that keep any successful business healthy. It needs to generate revenue, grow, be responsive to its customer base, and offer what people want in the manner they want it. In both, there’s a product. In business, it might be a car or a cellphone or, in the case of Optim Energy, light and heat for your house. At a university, the product is the student. And in at least this one fundamental way, higher education and the corporate world are very different. “The specialness of the university is the transformation of the student,” Loyack said. “And it’s extraordinary.”

Loyack’s leadership in the coming years will help determine the shape of that specialness and the nature of that transformation. “Alvernia is really lucky to get John Loyack,” said Freddie Pettit, his colleague at King’s. “John is the kind of person you want on your team.”