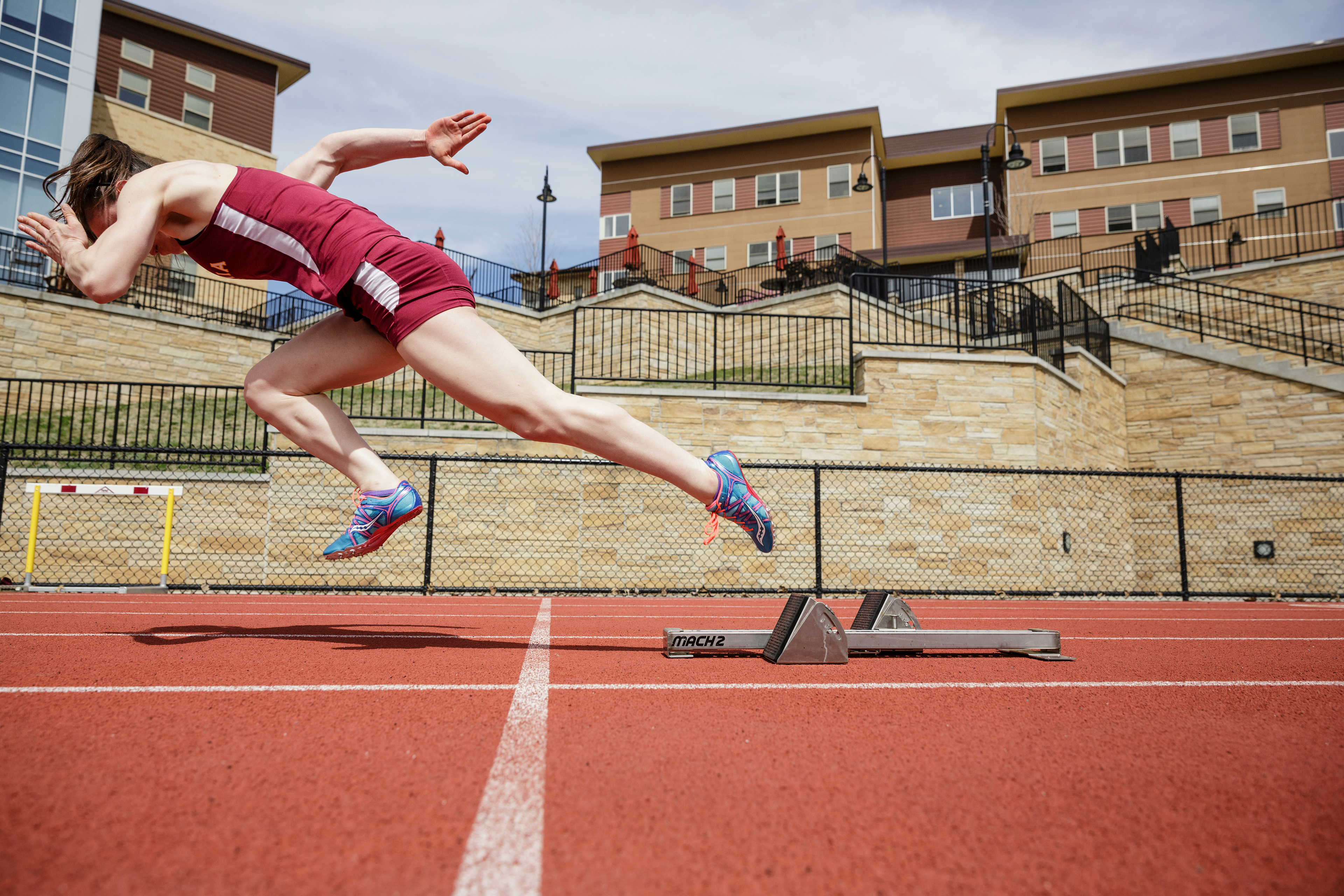 When she straps on her running shoes, Heather Wanner feels powerful. Unstoppable. Confident.

She has what some call “sweet feet,” and she believes they will do well by her wherever they take her.

And so far, those amazing feet have led her to accomplish some astonishing feats, taking the 19-year-old Occupational Therapy major to the NCAA Indoor Track and Field Championship last March in Winston-Salem, N.C., where she finished 10th in the nation.

She missed winning by just two-tenths of a second.

Wanner loves the idea of bringing national attention to Alvernia, showing others they could attend the small school and succeed as she has. The fast-moving athlete knocked down one school record after another in several different events last spring, including 60 and 200 meter indoor and 100 and 200 meter outdoor dashes.

Along the way, Wanner improved her personal best practically on a weekly basis.

All this comes from a young athlete who only began running track as a sophomore at nearby Fleetwood High School. She followed in the footsteps of her aunt, Tina Rathje, who ran on the same Fleetwood track and encouraged her to try out.

Her coach, Eric J. Bennett, is glad she did. “Heather is very fast, and she’s a great person,” said Bennett, who coached at Elizabethtown College and the University of Rochester before Alvernia.

“I look at more than the athlete. I look at the whole person and she’s pretty well balanced. She spends a lot of time with her family who are nearby and she does things on and off campus, like helping put together dinner for the Ronald McDonald House. She really does live Alvernia’s mission.”

Bennett added that Wanner worked hard to get to nationals and had never before won county or college races, until now.

“I think what drives me most is my family, my friends, my team, my love of Alvernia and getting the name of our school out there,” she said. Wanner, who switched majors from occupational therapy to healthcare science, was always fleet on her feet. Part of her process includes surrounding herself with other track athletes. Her roommate, Alicia Lesneski and Wanner’s boyfriend, Seth Bellott, are on Alvernia’s track team, too.

“When I was little, it was nice to be faster than a lot of other people,” she said. “It was definitely an advantage in tag. I was not caught as easily as others.”

And at Alvernia, Wanner is still not easily caught. “One thing that helps me to do well is to believe in myself,” Wanner said. “I tell myself: ‘Don’t be intimidated or nervous. Don’t worry about other people.’ I do the best I can do.” And so far, Wanner’s best is pretty darn good!