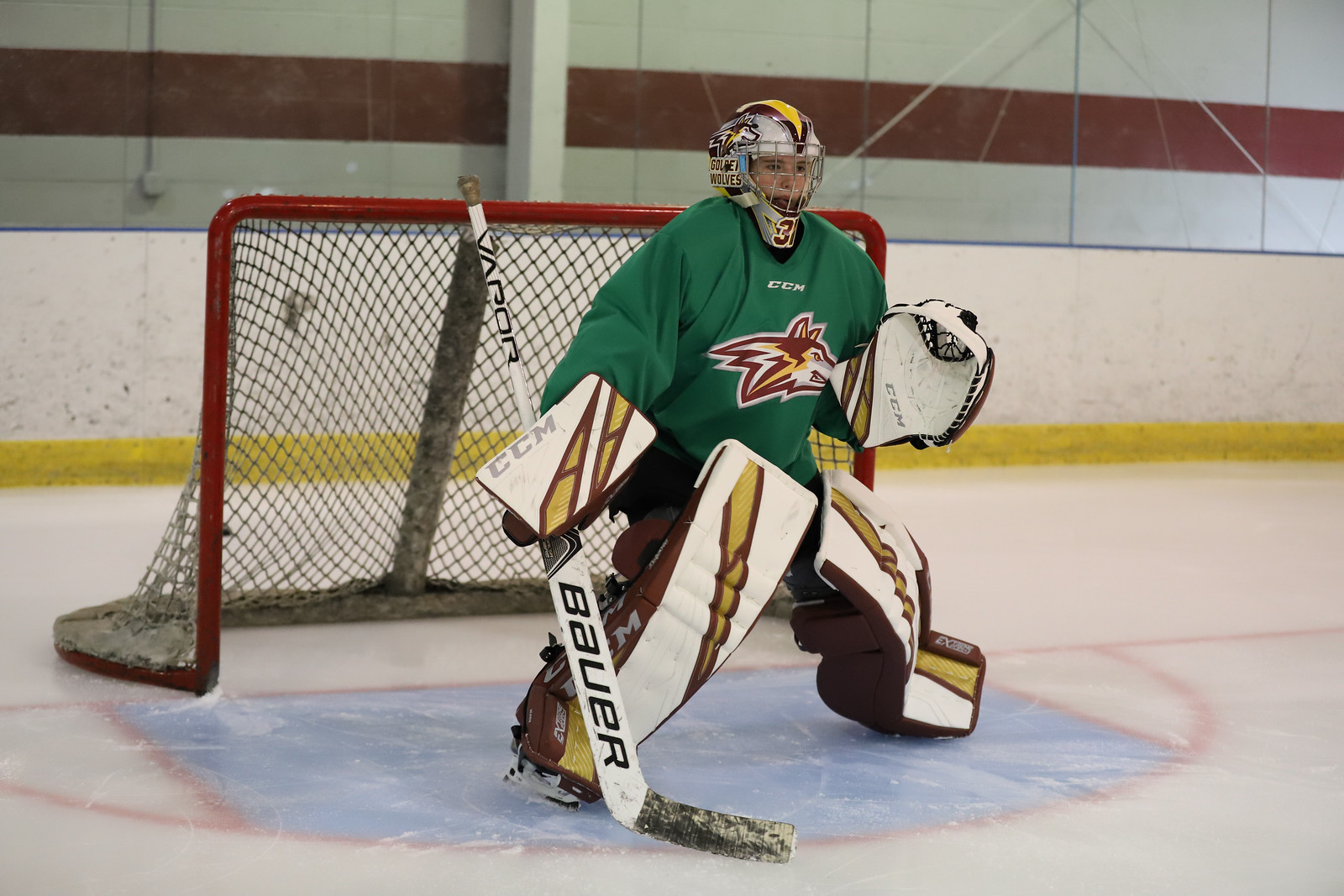 Of the 24 NCAA Division III athletic programs Alvernia University will field in 2019-20, only one will play on ice.

Initially announced in March 2018, the Golden Wolves Women’s Ice Hockey Program enters its first year of competition following an 18-month process of identifying practice and game facilities, hiring a coaching staff and, most importantly, recruiting the inaugural crop of student-athletes.

The last part of that process, recruiting, brought about a welcome opportunity for the university that no other current sport could offer, a chance to expand Alvernia’s reach far beyond Pennsylvania, New Jersey and the commonly referenced DMV (Washington, D.C., Maryland and Virginia) markets.

“Women’s ice hockey allows Alvernia to attract studentathletes from outside our typical recruiting markets, including internationally,” said Alvernia University Athletic Director Bill Stiles. “The prospect for talented young women to continue their ice hockey and academic careers beyond high school and clubs is limited, and we are delighted to provide that opportunity.”

“The addition of women’s ice hockey as Alvernia’s 27th sport is a continuation of consistent and strategic growth to provide additional opportunities to talented student-athletes in our region and beyond,” said Stiles. 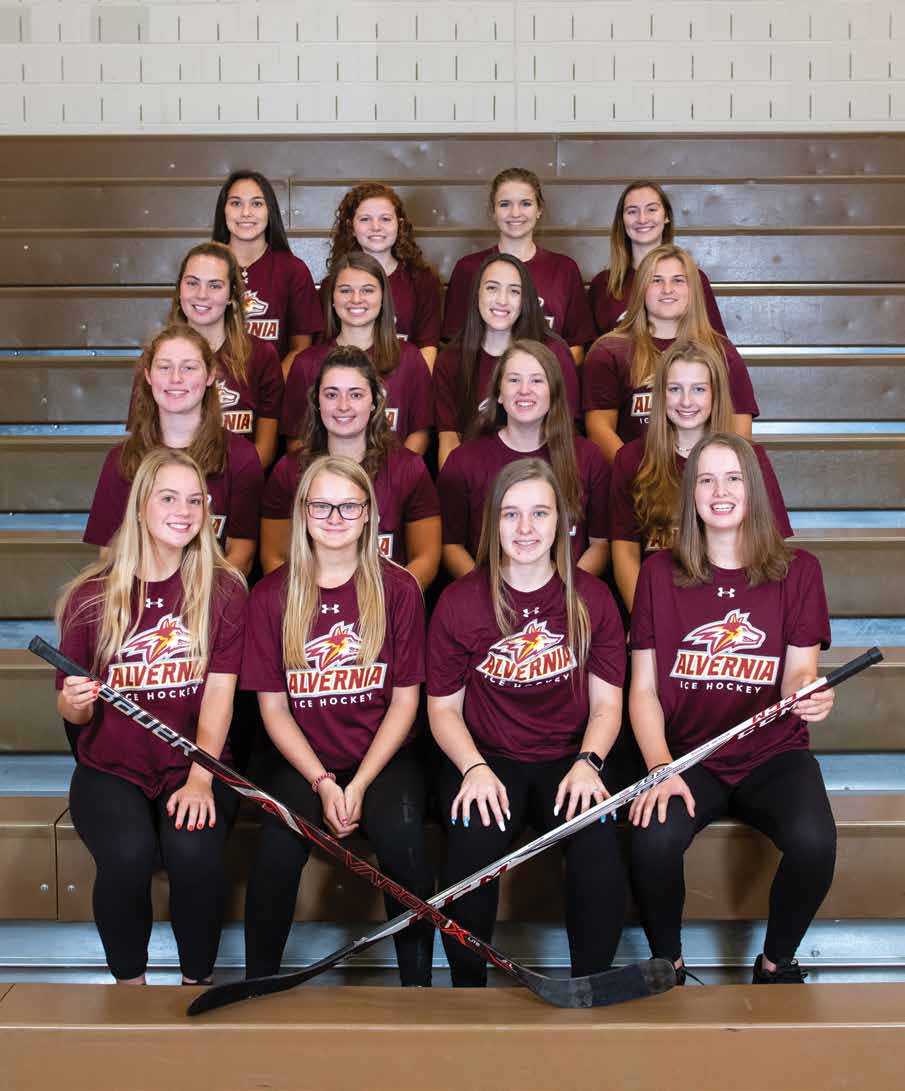 To build a program from scratch required hiring a leader with intimate knowledge of the process. Alvernia found that in July 2018 in the form of Head Coach Josh Brandwene, who previously constructed the first NCAA Division I women’s ice hockey program at Penn State University.

“Josh had success building an NCAA program from the ground up. The conversations we had with Penn State administrators and student-athletes who played for Josh underscore his commitment to development on and off the ice,” said Stiles.

Brandwene’s first step following his hiring was to return to his old recruiting grounds in the hockey-heavy states of Michigan, Massachusetts, Minnesota and Alaska and even across the northern border into Ontario, Canada. All represent places previously unreached in Alvernia’s enrollment efforts.

“I think the addition of women’s ice hockey was the perfect fit for this institution and the strategic goals,” said Brandwene. “With the girls hockey footprint being spread so far and wide throughout North America there was going to be a natural growth geographically, and you are seeing that in our recruiting class that stretches as far southeast as North Carolina and as far northwest as Alaska, with Michigan, Massachusetts and Minnesota in between.” 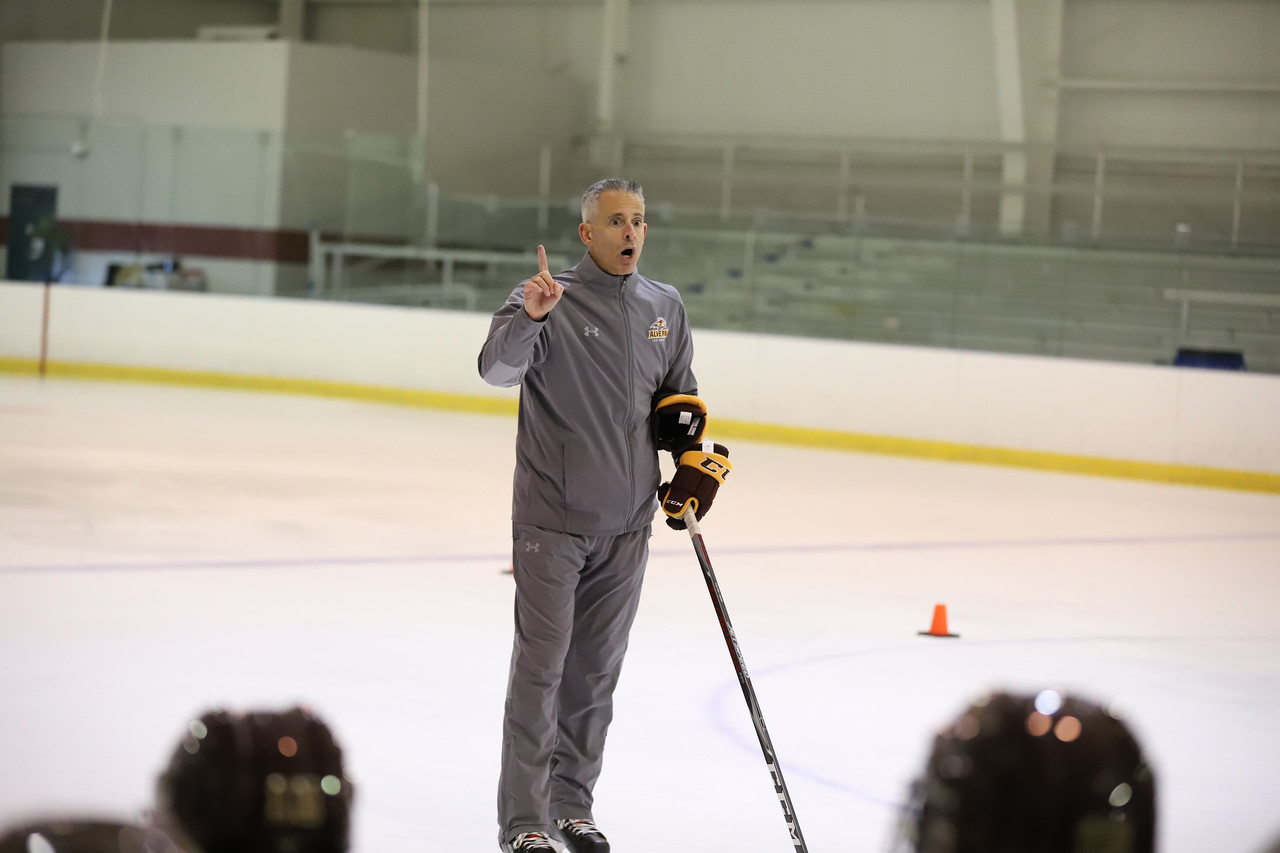 Brandwene and recently named Assistant Coach Ashley Ryan recognized the No. 1 goal was ensuring student-athletes were a good fit for the institution.

“The core values of Alvernia are crystal clear, and I knew from the first time I stepped on campus that this institution was going to attract the type of student-athletes like I like to coach,” said Brandwene.

Abigail Radcliffe, a forward from Waxhaw, North Carolina, wasn’t discouraged by the eight-hour trek from home because Alvernia was her perfect fit.

“I get to meet new people and make new friends from all over the country and play with some amazingly talented players,” said Radcliffe. “Alvernia has a gorgeous campus with such nice and caring people who helped make it feel like home the first time I stepped on campus. Coming from a small Catholic high school, I wanted that same environment in a university.”

Another North Carolina resident, Abigail Reisinger, is looking for the opportunity to serve as an ambassador for women’s hockey and Alvernia in the Reading area and her hometown.

“I am going to work my hardest to make Alvernia women’s ice hockey a topic discussed not only in the city of Reading or the state of Pennsylvania but down in the growing hockey community of the Carolinas,” said Reisinger. “I have already spoken to coach Brandwene about the possibility of traveling down to Charlotte, North Carolina, in hopes of doing camps for young girls to not only spread Alvernia’s footprint but to grow women’s hockey in the south. I found my way to Alvernia from way down there, and I want other girls to know they have options too.” 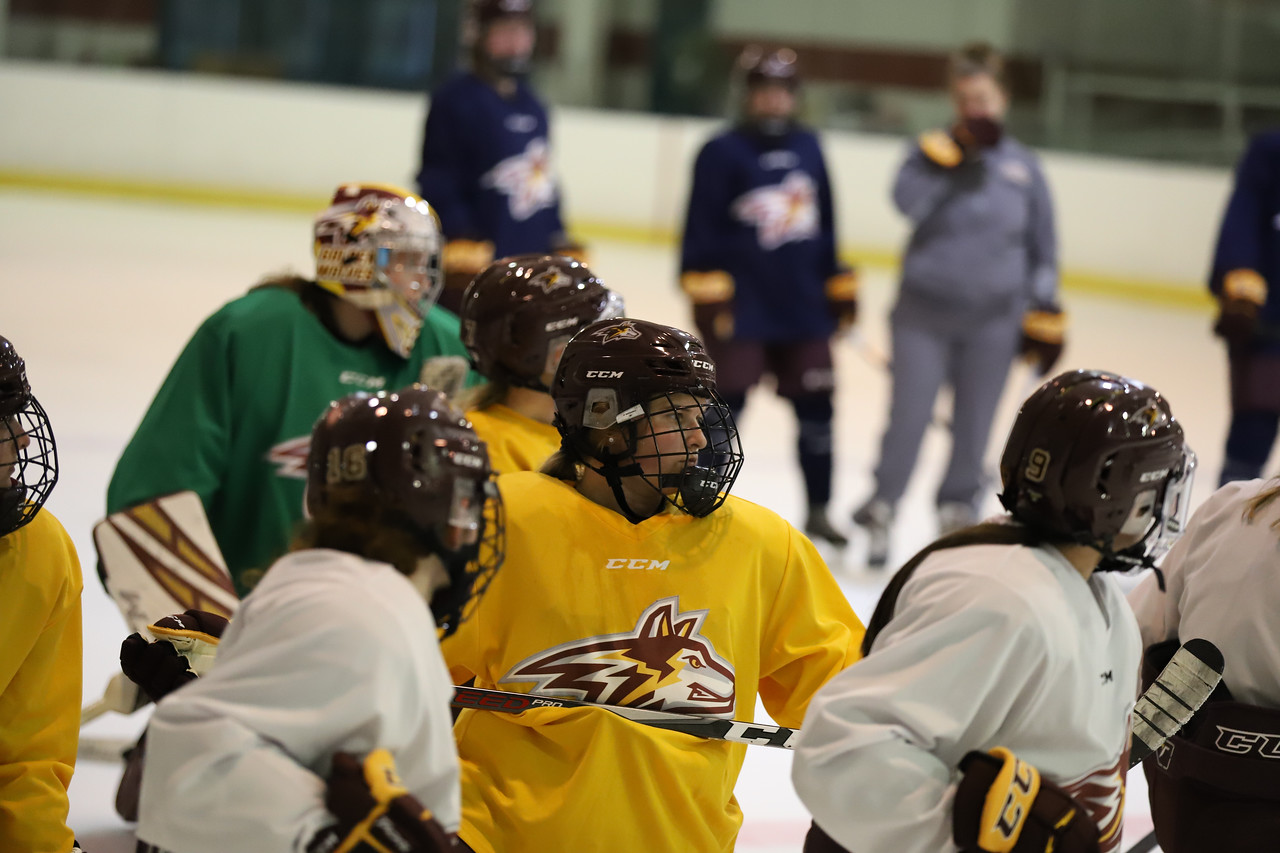 “When I had my Connection Day, people were shocked that there was someone from Canada. I think that shows that a small university in Reading, Pennsylvania, is growing its footprint when now you have people coming from Canada and all over the United States.”

Brandwene sees the women’s ice hockey program as one of the first steps in forming a global footprint for Alvernia.

“When you recruit the right student-athletes into these roles, they have a tremendous opportunity to be ambassadors not only on campus but off campus because of the amount of travel and visibility,” said Brandwene. “I’m excited that the institution will reap those benefits of establishing our program and, in a few years, use our student-athletes to establish a global alumni network.”