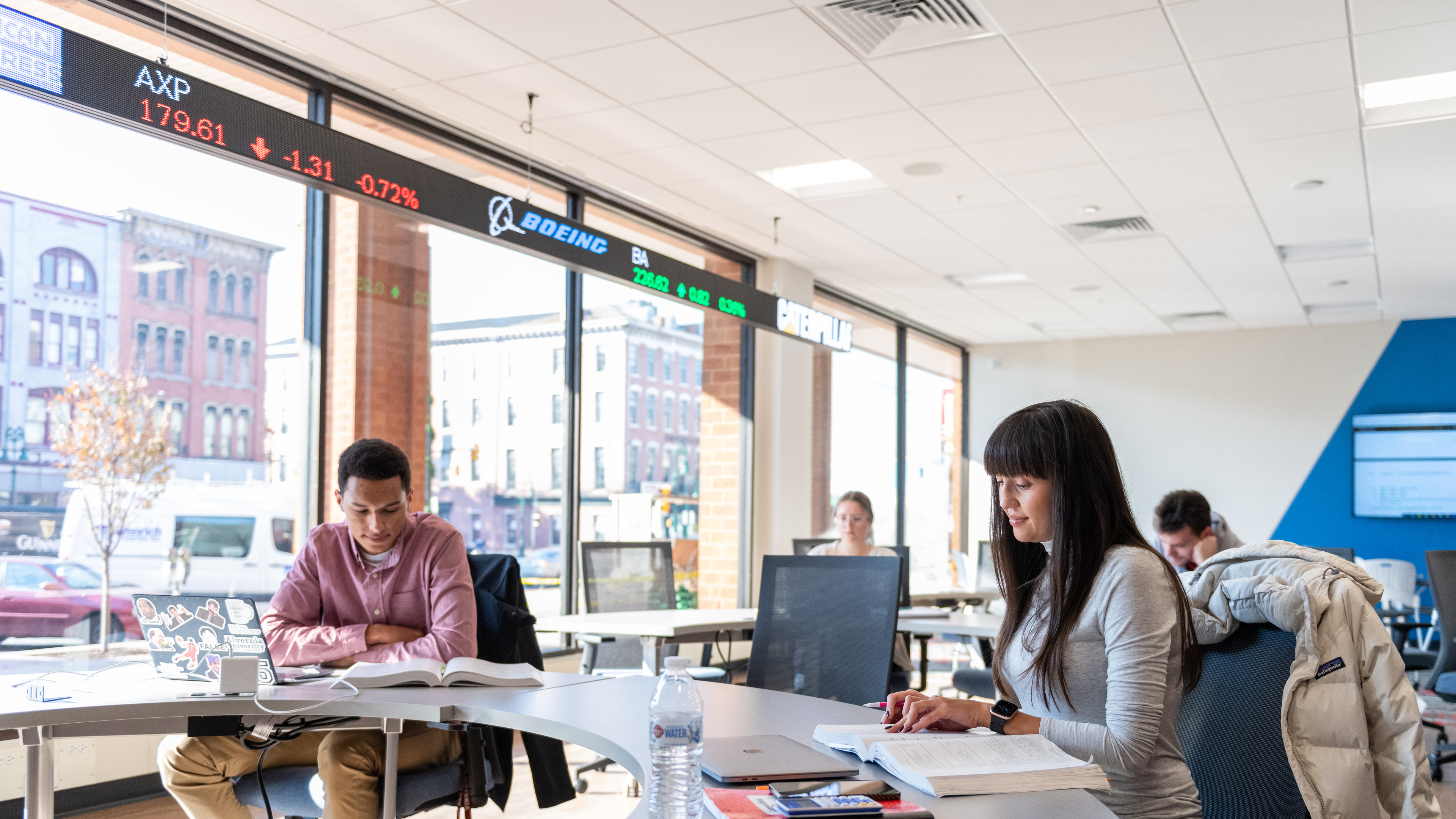 Alvernia receives a $1 million grant from the Pennsylvania Redevelopment Assistance Capital Program (RACP) for the continued renovation of its downtown Reading location at 401 Penn Street, which is the centerpiece of the Reading CollegeTowne initiative, the innovative strategy of expanding the campus into the downtown area to continue its Franciscan mission of serving the underserved through education and economic development. The grant was among a number announced Dec. 6 by Senator Judy Schwank and Pennsylvania Governor Tom Wolf’s office.

“The ongoing support for Alvernia and the transformative Reading CollegeTowne initiative is a result of our ever-growing network of partnerships and the unified strategic vision of our dedicated elected officials, including Senator Schwank and Governor Wolf,” said Alvernia University President John R. Loyack. “We look forward to the continued renovation of 401 Penn Street and are excited for the second phase of Reading CollegeTowne, which includes significant investments in our engineering and health care science program and facilities.”

The grant award is the second of its kind for the university after it secured a $4 million RACP grant in December 2020, the largest grant in the university’s 63-year history. This now marks $5 million in redevelopment funding for the Reading CollegeTowne initiative.

“It's been great to see the rapid success of Reading CollegeTowne,” Schwank said. “Each day it is becoming more and more clear that this project is a central piece of the City of Reading’s future. As a state legislator, initiatives like Reading CollegeTowne are exactly what you want to see happening in your district. I’m proud to have advocated on behalf of this project in Harrisburg and I’m thankful to the leadership team at Alvernia for making this bold, transformative project a reality.”

In September, Alvernia opened its downtown Reading location as the center of its CollegeTowne initiative and recently shared details about the second phase of strategy at the university’s annual President’s Dinner. Plans for the second phase of CollegeTowne include the addition of a physician assistant program, a refresh of the nursing program, the addition of a community clinic, additional engineering tracks, expansion of downtown housing and the continued progress of replicating the CollegeTowne strategy in Pottsville.

RACP is administered by the Office of the Budget for the acquisition and construction of regional economic, cultural, civic, recreational and historical improvement projects. RACP projects are authorized in the Redevelopment Assistance section of a Capital Budget Itemization Act, have a regional or multi-jurisdictional impact, and generate substantial increases or maintain current levels of employment, tax revenues, or other measures of economic activity.