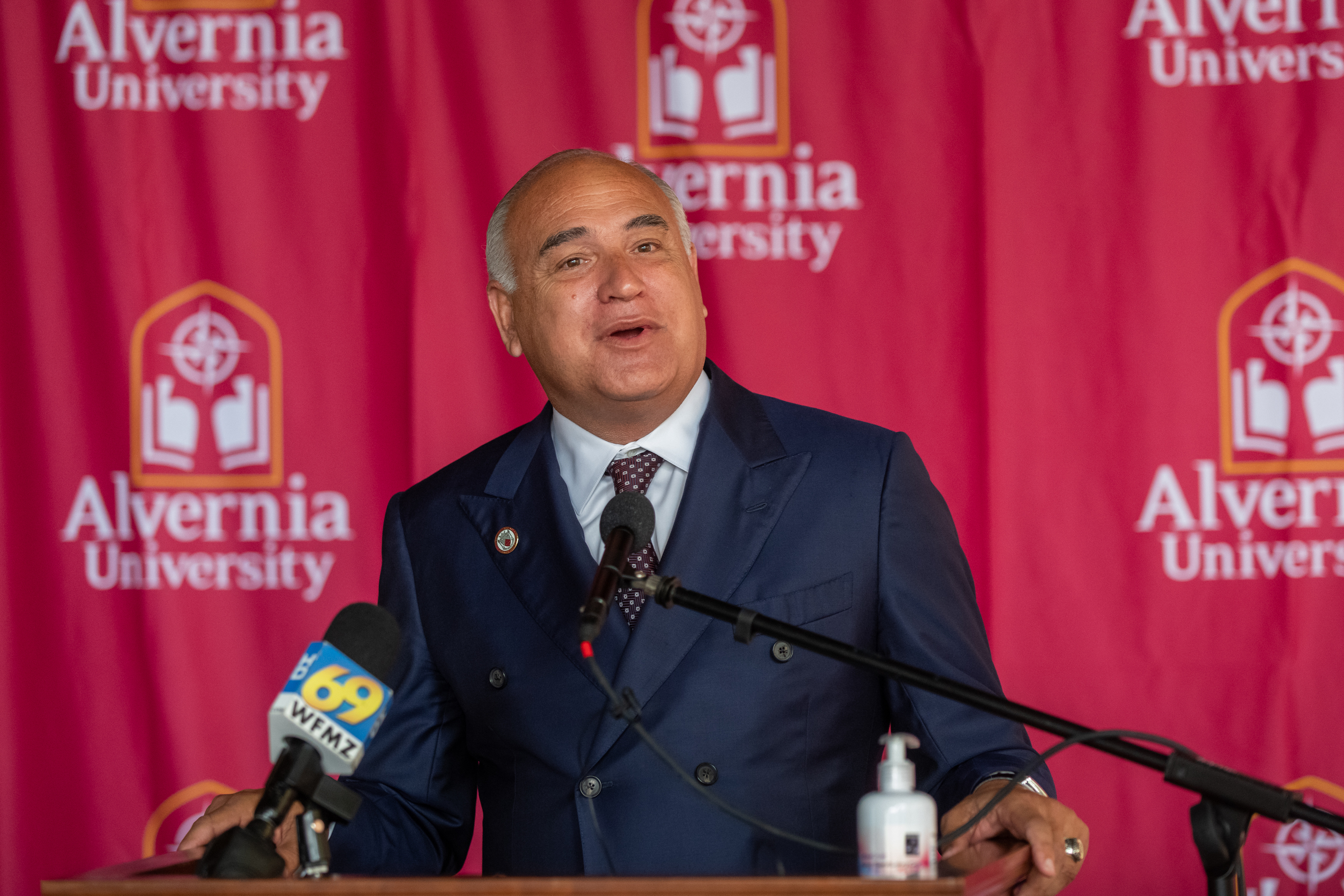 John R. Loyack joined the Alvernia community as its seventh president in July 2019, bringing with him a powerful mix of business acumen and higher education leadership. His successful and diversified career provides Alvernia with an unequaled, strategic approach and personal commitment to the student experience.

During his three years as President, Loyack has led a successful effort to restructure the institution, develop and implement a five-year, student-centric, strategic plan, attract the university’s three largest incoming student classes, and secure the highest government grants and individual philanthropic gift in Alvernia’s history.

President Loyack’s vision for the university’s CollegeTowne initiative has led the way in expanding the university in center-city Reading and downtown Pottsville with the purchase, renovation and opening of the John R. Post Center at Reading CollegeTowne and the univeristy’s new Schuylkill-County location at 500 Progress Avenue in downtown Pottsville. The multi-faceted initiative has created new academic programs, including three new engineering tracks, and student living opportunities. The partnership-seeking strategy has also resulted in new community programming, expanding experiential learning for students, and the spark economic redevelopment and new business creation in the city, resulting in over 1,500,000 square feet of renovation projects along the Penn Street corridor in downtown Reading.

In June 2021, the Alvernia University Board of Trustees voted unanimously to extend Loyack’s contract through 2027.

Before arriving at Alvernia, President Loyack served as executive vice president for business and administration at King’s College in Wilkes-Barre. At King’s College, he was known for his skills in team building, financial management, community engagement and an intense focus on student success. His efforts led to program expansion and revenue growth at King’s.

Prior to his tenure at King’s, he spent decades as a corporate executive in the energy, transportation and manufacturing sectors, leading many businesses, including serving as president and chief executive officer of Optim Energy/EnergyCo in Irving, Texas, President and CEO of CPG International in Scranton, Pennsylvania and senior vice president and chief financial officer of PNM Resources in Albuquerque, New Mexico.

In addition to earning an MBA from Lehigh University and a bachelor’s degree in accounting from King’s College, the Pennsylvania native is a certified public accountant with a long history of building relationships in the community. He currently serves on the board of directors for the Berks Alliance, Luzerne Foundation, Wyoming Seminary, Berks Business Education Coalition, the Greater Pittston Historical Society, AMCON Distributing (DIT:NYSE) and Inperium Inc.