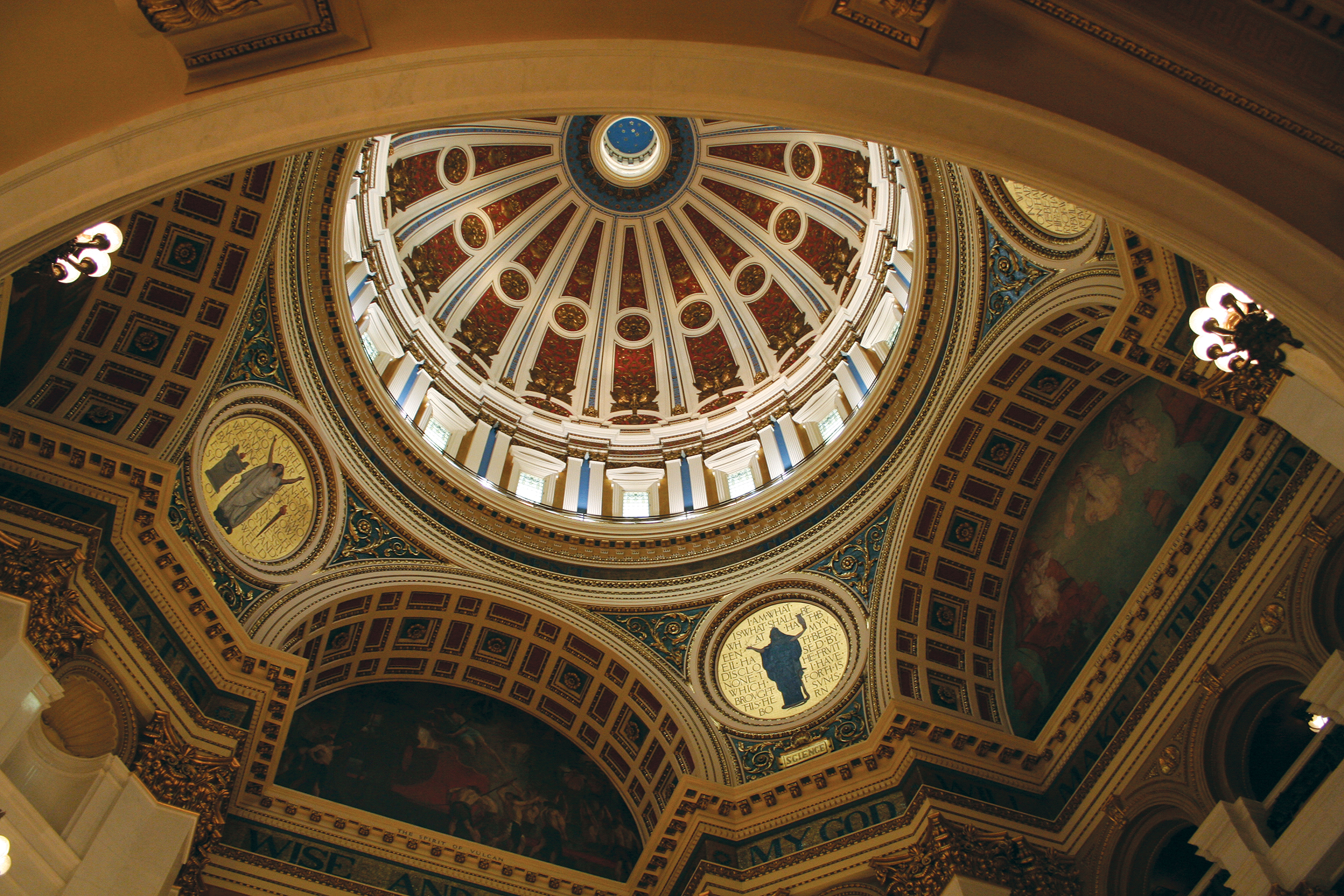 As deputy secretary of Community Affairs and Development in the Pennsylvania state government, Rick Vilello helps oversee an agency with around 300 employees and a $300 million budget. So when Vilello, a former mayor of the city of Lock Haven and a small- business owner, was offered a place last year in a new leadership development program for senior state managers, sponsored by Alvernia University’s O’Pake Institute for Ethics, Leadership and Public Service, he quickly agreed.

“Being mayor was the best internship for what I am doing now, but I still needed to learn more,” Vilello, 52, said about the 14-week program, which took place at Harrisburg University with Alvernia

and Harrisburg faculty. “It gave me more concrete skills,” he added, “and any opportunity to listen to a professor and pick up tips is good.”

The program reflects Alvernia’s educational mission to “foster ethical leaders with moral courage” and the O’Pake Institute’s mandate to support that effort in the school’s curriculum and the broader community. David Myers, director of the O’Pake Institute, says he decided to focus the leadership program on senior state managers after recognizing their unique challenges.

“Strong leaders need to set a vision, explaining not only what needs to be done but why and how, in order to motivate, enable and empower people. And this is particularly important in these [state agency] positions,” Myers explained.

While many senior state managers — whether political appointees or long-standing agency employees — have strong professional credentials, they don’t always have experience in leadership and, more specifically, in government.

For outsiders who are new to the job, managing a state bureaucracy and understanding the culture of a state agency can be tricky. Senior managers at state agencies are in the difficult position of translating the goals and objectives of people at the top — from the governor’s office — while representing the interests and concerns of agency staff and also interacting with the public.

In all of these cases, Myers figures, “There is a need for managers to better understand how to work more efficiently and effectively and to know the difference between management and leadership.” It’s the kind of training that state agencies cannot provide due to budgetary constraints but that Alvernia can fulfill.

For the inaugural program, 14 senior managers — among them a lawyer and a CPA — were chosen from nominations submitted by officials at state agencies. Courses were built around case studies, team projects, role-playing and scenario planning, as well as coaching and mentoring. Classes were designed to be supportive “safe spaces” where participants could discuss workplace issues and also promote interagency collaboration, which is often lacking in state government.

In one workshop, participants were asked to critique an agency’s website from a consumer’s point of view, to illustrate the kind of “citizen-centric service” that state agencies should strive for. The website in question was perceived as written more for agency insiders than the public, prompting a discussion about better ways to communicate with a target audience, whether internal or external.

Jodi Radosh, an associate professor of English and communications at Alvernia, spoke to participants about communications strategies and how to integrate storytelling, video, customized messaging and humor into both traditional media and social media channels. The goal, she told the managers, should be to make the voice of the state agency “more authentic and less sterile and to increase the flow of information to the public.”

Other areas of study included data-driven decision-making, understanding the culture of state government and what managers need to know about working with next-generation employees — specifically, millennials, those aged 18 to 35 who now comprise the largest living generation in the U.S.

Laura Slaymaker, a 50-year-old lawyer who is now deputy insurance commissioner in the Pennsylvania Insurance Department, was particularly interested in improving her strategic planning skills. Working with a mentor, she learned about how to be “proactive, reach out to people and anticipate problems before they happen,” Slaymaker said. As a result, she has started a strategic planning committee with representatives from the three bureaus in her agency to see if planning processes can be improved.

Vilello, the former mayor, was interested in networking with other senior managers and also learning how to become a better negotiator, as part of his agency’s work to attract corporate investment in Pennsylvania and promote low-income housing and access to technology. “I’ve done a lot of negotiating in my lifetime, but this gave me an entirely different perspective,” he said. “There’s more of a science to it than I expected.”

Myers plans to launch a 2018 leadership program, which will have a greater focus on citizen-centric problem-solving. “State agencies can persist with weak leadership, but they won’t thrive,” he believes. “Understanding the challenges that state managers face and giving them tools to be successful strengthens the agencies. And getting managers to envision solutions strengthens them as leaders.”