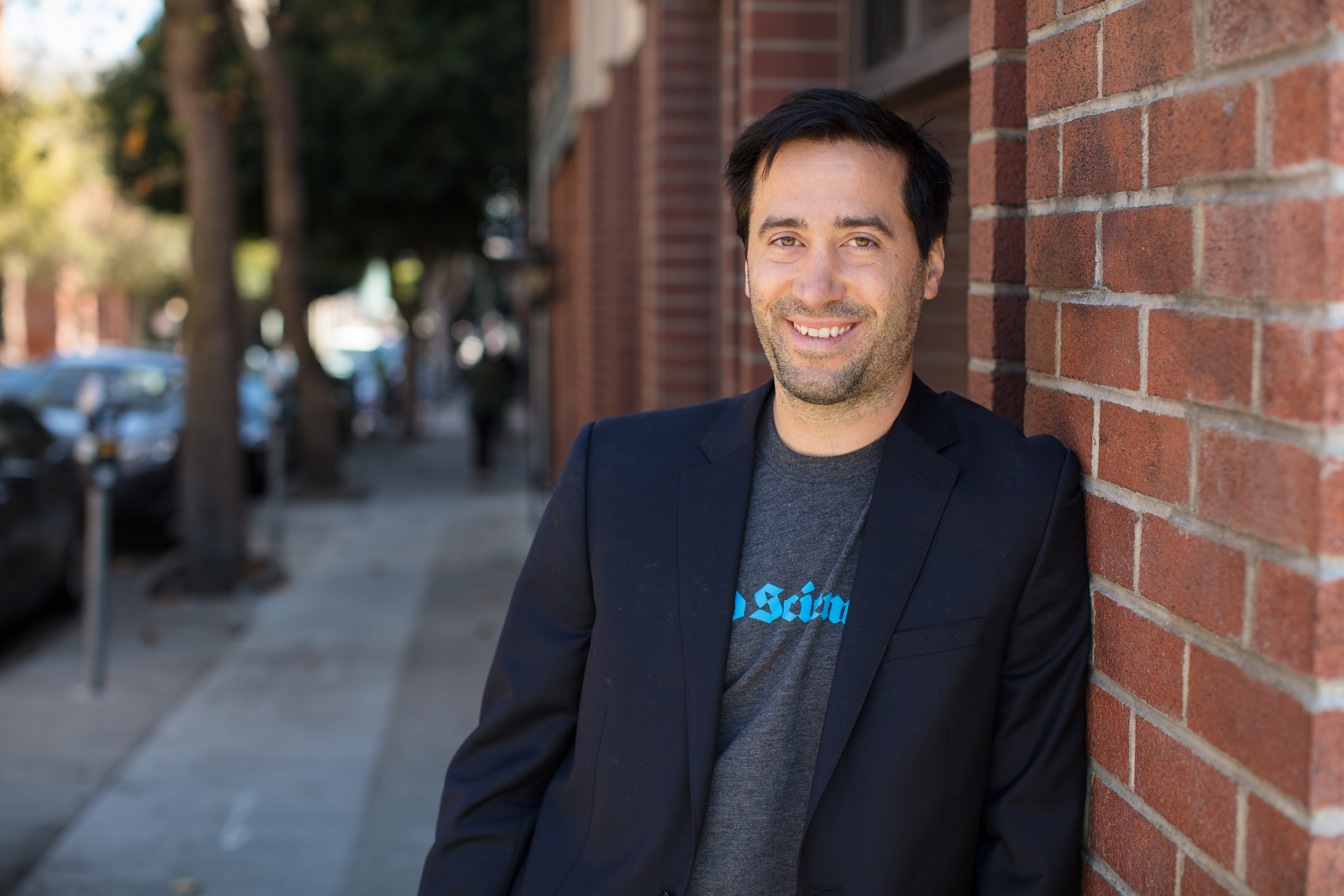 The raccoons had no idea who they were dealing with.

Shortly after moving into his home in the San Francisco Bay Area, Chris Ciabarra ’00, M’04 — co-founder and chief technology officer of Revel Systems — discovered that the annoying nocturnal scavengers were making nightly forays into his yard, toppling trash cans and scaring his dog.

Confronted with a fairly common problem, which has a range of fairly common solutions from calling a professional pest control service to using non-lethal traps and repellents, Ciabarra came up with a decidedly uncommon approach, one inspired by the concept of the Internet of Things (IoT).

“Being an IoT enthusiast,” Ciabarra recounted in an essay for TechCrunch.com, “I decided to create a device to secure my yard. The result was a motion-detecting squirt gun, capable of sensing and scaring off the invaders.”

It worked, and the raccoons quickly moved on to yards where the Internet of Things — the concept of connecting a wide range of devices over the internet so they can talk to each other, apps, and us — isn’t such a thing.

“A lot of people call me the problem solver,” Ciabarra says. “I have the reputation of being the mad scientist at the office. I’m always out there to fix the problem. It’s the way my brain works. I see a problem and I fix it.”

That approach has made Ciabarra highly successful in the ultra-competitive tech world, where he saw a common problem for businesses both large and small — point-of-sale — and came up with an innovative and game-changing fix: turning the iPad into a powerful and secure cash register for restaurants and retail stores.

Along with co-founder and CEO Lisa Falzone, Ciabarra launched Revel Systems in 2010 as an ordering app, but quickly pivoted in response to customers telling the startup that point-of-sale was their biggest problem.

“If you look at what was out in the day before the iPad, point-of-sale was basically a computer with a monitor, and all kinds of problems were associated with those point-of-sales units,” Ciabarra says.

Where others saw the iPad as primarily a consumer tablet at the time, Ciabarra saw a potentially powerful business tool, especially for the challenging restaurant environment. The iPad has a closed platform, making it more secure than other tablets that are open, Ciabarra says. It doesn’t have a fan or vents, so grease can’t get in to gum up the works. The screen is made of acrylic glass, not plastic, so it’s far more durable than many other tablet screens.

“It’s made for business,” he says. “They didn’t look at it that way, but that’s the way we looked at it.”

The Revel system uses iPads to replace credit card swipe machines. “We set out to build the most secure platform that history has ever seen,” says Ciabarra, a renowned antihacker and data security expert. “The way we do our payments is different than every other vendor in the world has done them in the past.

“So we pass that all the way through to the processors. And what that means is it’s impossible for a credit card number to get stolen off the Revel platform.”

Those who know Ciabarra, who has a self described passion for all things security related, probably don’t find Revel’s fanaticism with security unusual.

“We designed Revel with security being top of mind, and its core features, like the ability to function without Wi-Fi, makes Revel point-of-sale a valuable tool even in one of the world’s most highly secure locations,” he wrote in a recent blog post.

He explained that security is a large concern for many Revel clients, especially those with powerful brands. “If a data breach were to happen, it would compromise the integrity of the brands involved,” Ciabarra said. His customers couldn’t agree more.

“Keeping customer information safe and having the ability to manage [sales] performance is key to any restaurant’s success,” said Chef Robert Irvine, the man behind one of the Food Network’s highest-rated shows, “Restaurant: Impossible,” in Ciabarra’s blog.

Today, Revel has more than 700 employees, has raised more than $100 million in venture funding, and is valued at more than $500 million by investors. Its revolutionary point-of-sale system recently landed the gasoline giant Shell, which has 43,000 retail locations in the United States and internationally, as its largest client, joining Focus Brands, which owns Cinnabon and Auntie Anne’s food chains, and Goodwill Industries, as well as smaller independent restaurants and retailers who subscribe to Revel’s software service.

Ciabarra, who grew up in Cheltenham, Pa., got his first computer when he was in middle school. It was a Franklin Ace 1000, an early 1980s clone of the Apple II that eventually was shut down by Apple for patent infringement. His parents sent him to the Franklin Institute in Philadelphia for computer programming and robotics classes, and Ciabarra was hooked.

After a semester at Kutztown University, Ciabarra left school and went to work at GPU, now FirstEnergy, the electric utility in Reading. He started in IT in 1997, and over the next eight years moved into data communications and then security.

While working at GPU, he earned his degree in computer science going to night school at Alvernia, and when the position he was in required him to get an MBA, GPU paid for his graduate education at Alvernia.

As a student at Alvernia, Ciabarra ran cross country, sparking a passion for running that endures to this day. “I think what running gave me was determination,” he says. “You don’t fail until you give up. That’s my thought process. When you’re doing a business, you’re going to make a mistake. But if you’re determined to get it done, then you’re going to get it done.”

His interest in data security can be traced to his time at GPU, and when the company’s electricity distribution system was hacked in 2005, Ciabarra’s entrepreneurial instincts were awakened. He left GPU about a month later, and started his own security company, and he has been identifying problems and finding solutions ever since.