The quest to build a better game 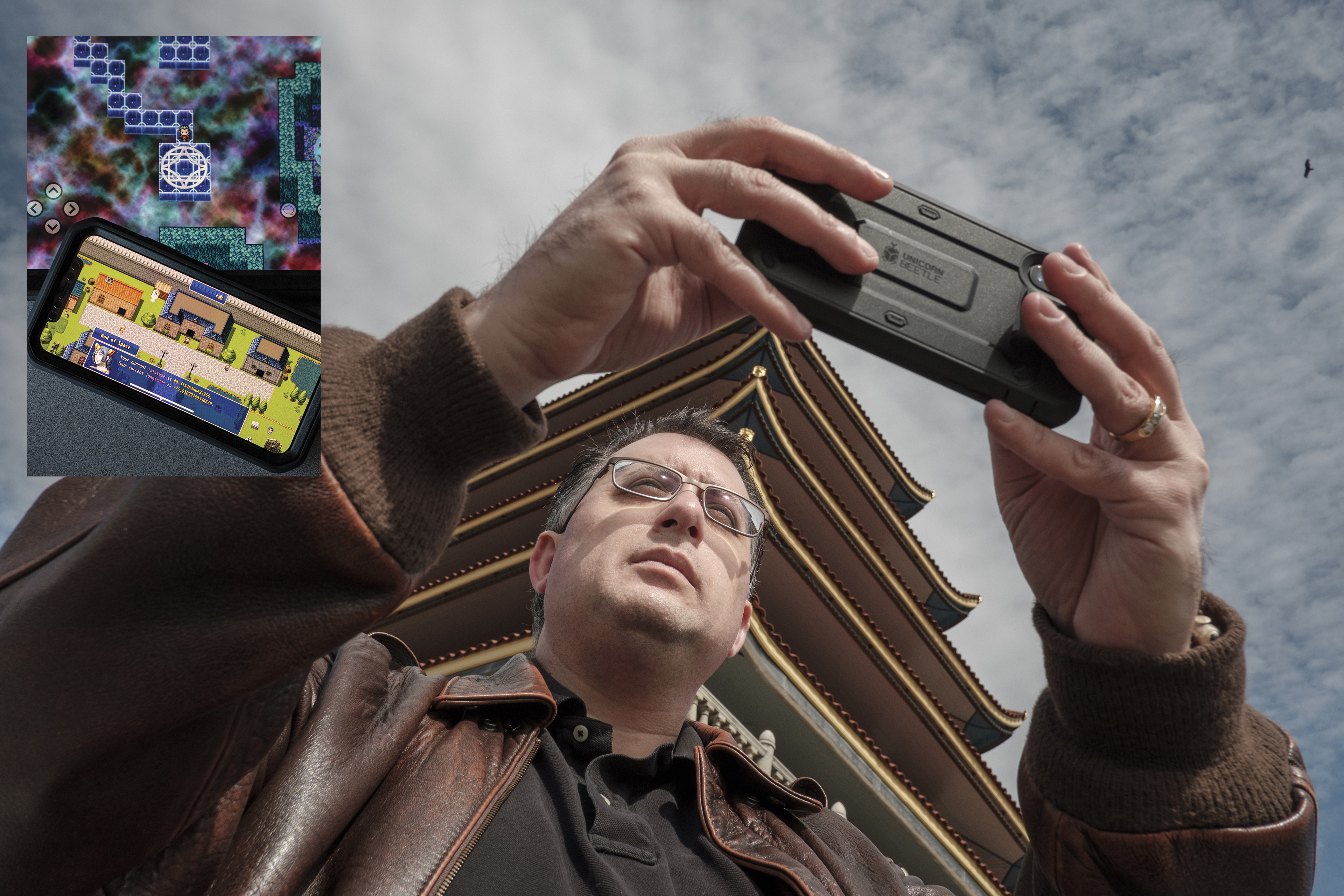 The Quest to Build a Better Game

Jim Aloye ’01 plans to use advances in geolocation tech to change the face of role-playing video games — and how businesses in cities like Reading advertise.

When gamers pound the pavement to nab burly Bulbasaurs and fiery Charmanders in “Pokémon Go,” they sometimes wander into traffic to catch their creatures. That’s because Nintendo’s revolutionary location-based video game requires players to search for Pokémon in the real world using their phones, something popular console games were never designed to do.

The runaway commercial success of “Pokémon Go” inspired Jim Aloye, a longtime gamer and software developer, to put his own spin on the technology. By next year, Reading-area residents can begin their own adventures in Aloye’s “Eternal Conquest: The Great War,” a new app that mixes the appeal of old-school quest titles like “Zelda” with the geolocation tech that powers “Pokémon Go.”

“When I was a kid, I always liked Japanese-style role-playing games because my hand-eye coordination wasn’t all that great,” Aloye deadpans. But Aloye always felt these games lacked a certain something — either the ending was a letdown or the game wasn’t challenging enough. His solution was “Eternal Conquest.”

“There came a point where I thought, ‘I write software — why not solve that problem?’” says Aloye, who majored in computer information systems and worked in Alvernia’s Information Technology (IT) department.

“I was fortunate enough to work with (assistant professor) Polly Mathys as IT infrastructure was growing at Alvernia,” explains Aloye. “I would have never gotten that level of education anywhere else.” His unique experience at Alvernia gave him the confidence to strike out on his own after graduation and eventually to develop a project like “Eternal Conquest.”

So far, Aloye’s app idea has generated plenty of buzz. Location-based content makes the game more challenging for avid players — but it benefits local businesses, too. “Say you’re inside the Santander Arena,” Aloye offers. “If Santander signs up for a geo-partnership, then exclusive in-game content will become available if you’re physically playing in that location.”

By sponsoring content, local “geopartners” can become part of the game and generate interest in their own goods and services. Two geopartners, Inner Healing Chiropractic in Bally, Pa., and Suburban Tavern & Cigar Lounge in Mount Penn have already signed on, bolstering Aloye’s fundraising efforts.

In total, Aloye hopes to crowdfund $100,000 to finish developing the game and attract venture capital that will launch the app to commercial success. So far, he has raised more than $10,000 and is preparing to release a prequel game to market in the coming months, all while working a separate full-time job.

And his dedication to “Eternal Conquest” shows. “I mean my wife can tell you,” Aloye says with a laugh. “I come home from work, and I’ll swallow some food, and — immediately — I’m on it.”

Related
Loyack Letter: What is yours to do?
Raising Awareness to New Heights
Advancing opportunities
Playing your cards right
Growing capital roots