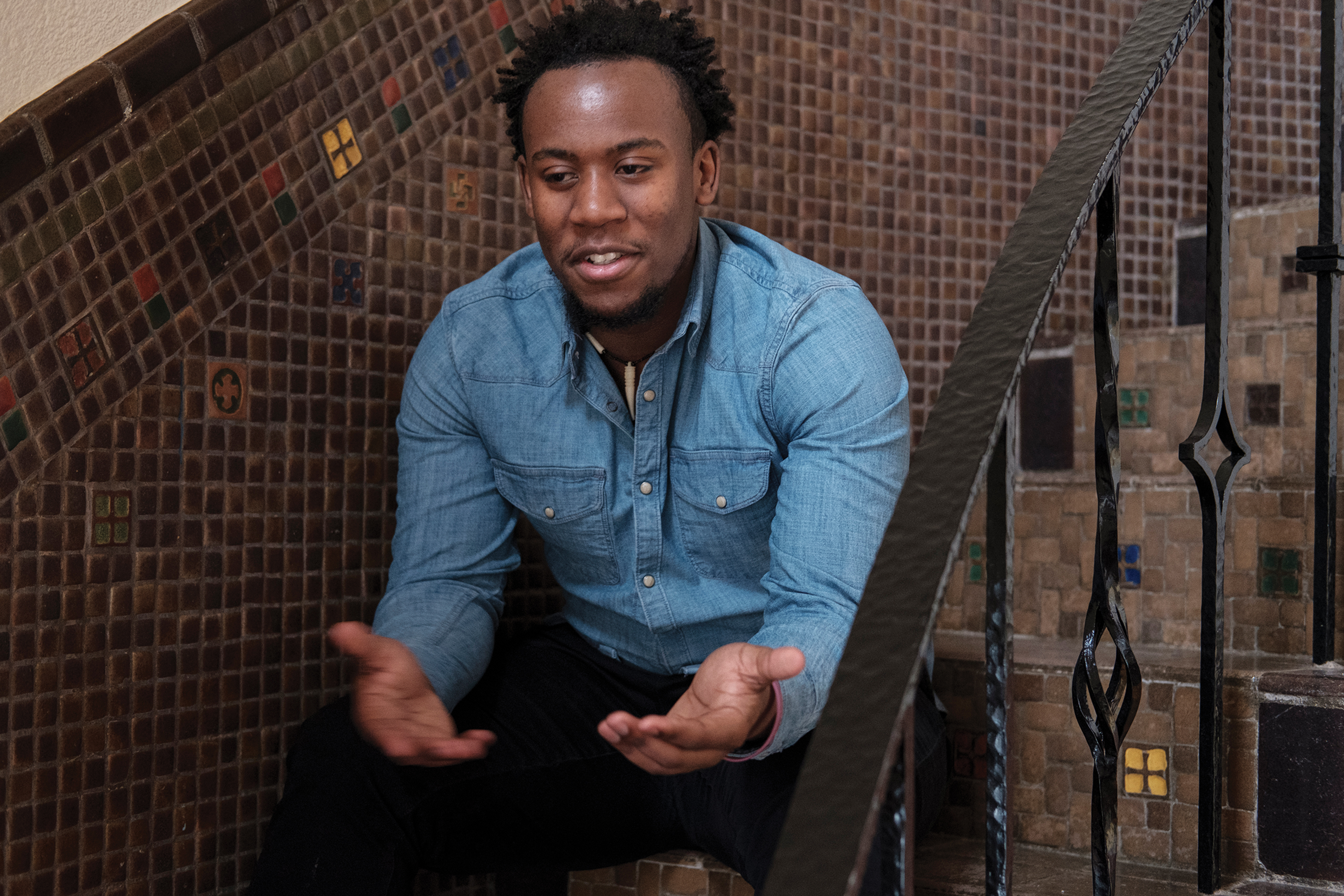 Ephraim Njuguna ’19 is musical, adept at playing several instruments and a wide range of genres. “Music,” he says, “is dear to my heart.” He moves easily from the drums to the saxophone to the ukulele and from classical to jazz to reggae.

The ability to adapt has helped Njuguna, who grew up in Kenya, fall into step with his new life in the United States. “My family was privileged to be able to come to the United States. After my parents came in 2009, my siblings and I followed in 2012,” he explains. “They wanted to better our living standards. Having the opportunity here to do anything you want to do regarding your dreams was a huge step for us.”

Settling first in the Boston area, they moved to Lebanon County, Pa., where Njuguna finished high school and the family now lives.

Coming to the States so Njuguna and his two sisters could go to college was a big reason his parents emigrated. Their children have taken that to heart. “I always knew I needed to go to college, but I didn’t know what I was going to study. But my mom and my sister are nurses, and nursing is an ideal course of study for people living in countries like Kenya.”

Njuguna majored in nursing his first semester. But as he was exposed to a wider variety of classes, he decided to major in behavioral health. “It covers mental illnesses and some psychology and counseling. All the areas within my major have had a huge impact on me,” he says. “The faculty and the staff are such friendly, warm-hearted people. I’ve had a lot of professors who have been a big help in directing me in a way that will better my success.”

College hasn’t always been easy, he admits. In the classroom, he continues to master American English (he grew up with British English in Kenya) and is sometimes puzzled by American spelling and idioms. Culturally, college was a big shift: “Where I came from, we are more of a traditional culture,” he explains. “It’s looser here and not as strict in what you can do.”

The comfortable atmosphere at Alvernia was key for him. “The school is not huge. You’re not overwhelmed, and you feel like you get to know a lot of people in a short period of time,” he says. That helped him settle down and relax so he could focus on his studies.

“I could not have asked for any better place to figure out life,” Njuguna says. “The challenges have made me who I am now.” And now he is a confident young man with a song in his heart and his eyes on the future.