Standing UP to Therapy 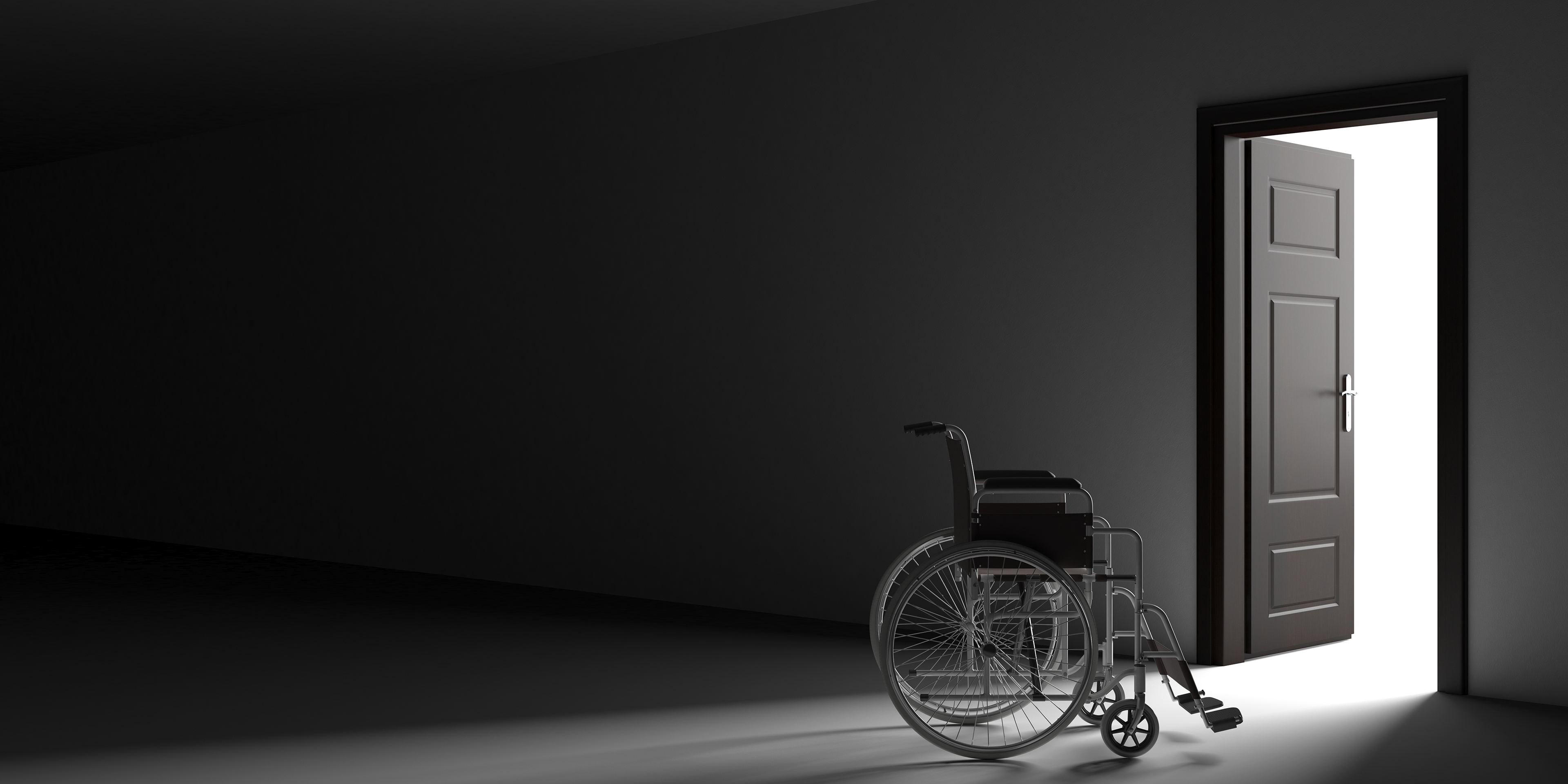 Standing UP to Therapy

Doug Nemeth, 61, watched from his seat in Lincoln Financial Field as his beloved Philadelphia Eagles dominated the Minnesota Vikings in the NFC Championship Game this January. Though he holds season tickets, a 12-year battle with Parkinson’s disease had kept him at home for the last six years. But just as the Eagles began their difficult journey to the Super Bowl in early fall, Nemeth started a new one of his own — as one of 14 patients in Alvernia’s pro-bono, physical therapy advanced treatment clinic.

Through an intense, eight-week program, Nemeth’s self-confidence increased while his balance and other issues improved. Eventually, he was able to reconnect with friends and get reacquainted with his space at Lincoln Financial Field.

“I didn’t go for a long time because I was afraid,” he said. “But this gave me the confidence to just go and do it.”

The clinic, operating within the university’s Physical Therapy Department, was staffed by six third-year doctoral students and supervised by Dr. Marcia Thompson, assistant professor of physical therapy, as part of coursework for Advanced Neurologic Physical Therapy Practice. Launched in 2017, the course will be offered each fall. It is the university’s very first graduate-level service-learning class, designed to serve the community through action and self-reflection.

The experience gives students opportunities to work one-on-one with patients, said Thompson, and to employ creative treatments that focus on the functional needs as well as the goals and lifestyle of each person. Like Nemeth, all of the patients received highly individualized treatment plans.

“We spend an inordinate amount of time teaching students to not look at a patient as a diagnosis, but as an individual,” Thompson said.

It was with this in mind that Nemeth’s innovative student-therapist, Madison Litwin, incorporated a weighted NERF gun into a second patient’s treatment, enabling that patient to be more excited about therapy by simulating trap shooting — an activity that he very much enjoyed and missed.

Perhaps most inspiring, one patient who had spent years in a wheelchair was able to eventually get out of the chair and walk.

But even small victories are sometimes hard fought.

After discovering her patient had spent years in an ill-fitting wheelchair because of a language barrier with caretakers, student-therapist Dani Rosenzweig advocated successfully for her to get a new chair.

A patient with quadriplegia, who formerly relied on family members to lift him out of bed and get him into his wheelchair every morning, was able to become strong enough to complete the task nearly entirely on his own, reported Gregory Schmehl, the patient’s student-therapist.

“Over the course of eight weeks, we broke down every single task of rolling over, sitting up and transferring over to the wheelchair,” said Schmehl. “We started with the most basic tasks and slowly progressed through the sequencing of events, until by the end of the eight weeks, the patient was able to do this with modified independence.”

Another of Schmehl’s patients, Jo Ann Gabriel, who suffers from a form of Parkinson’s disease, benefited from wearing a weighted vest to improve posture and balance, working out on a treadmill and playing a form of racquetball to challenge her balance control and fall risk.

“It was strenuous but fun for all of us,” Gabriel said. “The therapists were encouraging, and the workouts really promoted my self-confidence. It was a rewarding experience, and I would encourage anyone in need to take advantage of the opportunity.”

Thompson said that the student-therapists’ knowledge, dedication and resourcefulness attributed greatly to their patients’ outcomes.

“The students were shocked that in every case, their patients substantially progressed within the eight weeks,” said Thompson. “These are highly motivated students who went above and beyond the call. Without a doubt, the competency of the therapists played a major role in the improvement of the patients.”

For Litwin, the clinic was an opportunity to see and recognize the impact that physical therapy can have on a person’s life. And, she said, through working with patients, she came to fully understand the importance of building trust and rapport.

“I was only able to spend about three hours a week with each patient, but we built relationships that have changed my outlook on this profession,” Litwin said. “Had those relationships not been formed, the treatment planning based on function wouldn’t have been able to be implemented.”

She also believes that getting to know her patients on a deeper level gave her the ability to quickly realize when one was experiencing a severe medical problem.

Litwin immediately noticed that one of her patients, a 71-year-old suffering from a complex diagnosis complicated by a stroke, was not himself when he arrived at the clinic one day with his wife.

Deeply concerned, she devised a plan to help his wife recognize high-risk medical symptoms and to know when to call for emergency services, if necessary. Two days later, the patient was admitted to the hospital with a diagnosis of a subdural hematoma, a life-threatening condition.

“It was absolutely horrifying to think about, but I believe that had I not known the regular behaviors of my patient, this could have been missed,” Litwin said. “And I’d rather not discuss what could have come from that.”

Schmehl and Litwin also noted that the experience of the clinic taught them the value of collaboration and working together to solve problems and come up with innovative treatment plans for patients.

Students frequently met together for an hour or two before the clinic opened to discuss their cases and how they could best help their patients.

“It taught me the value and importance of a strong network,” Schmehl said. “We constantly gave each other advice and problem solved everything together. This experience of working together and treating patients on this level confirmed that physical therapy is my calling in life. It is truly my passion.” 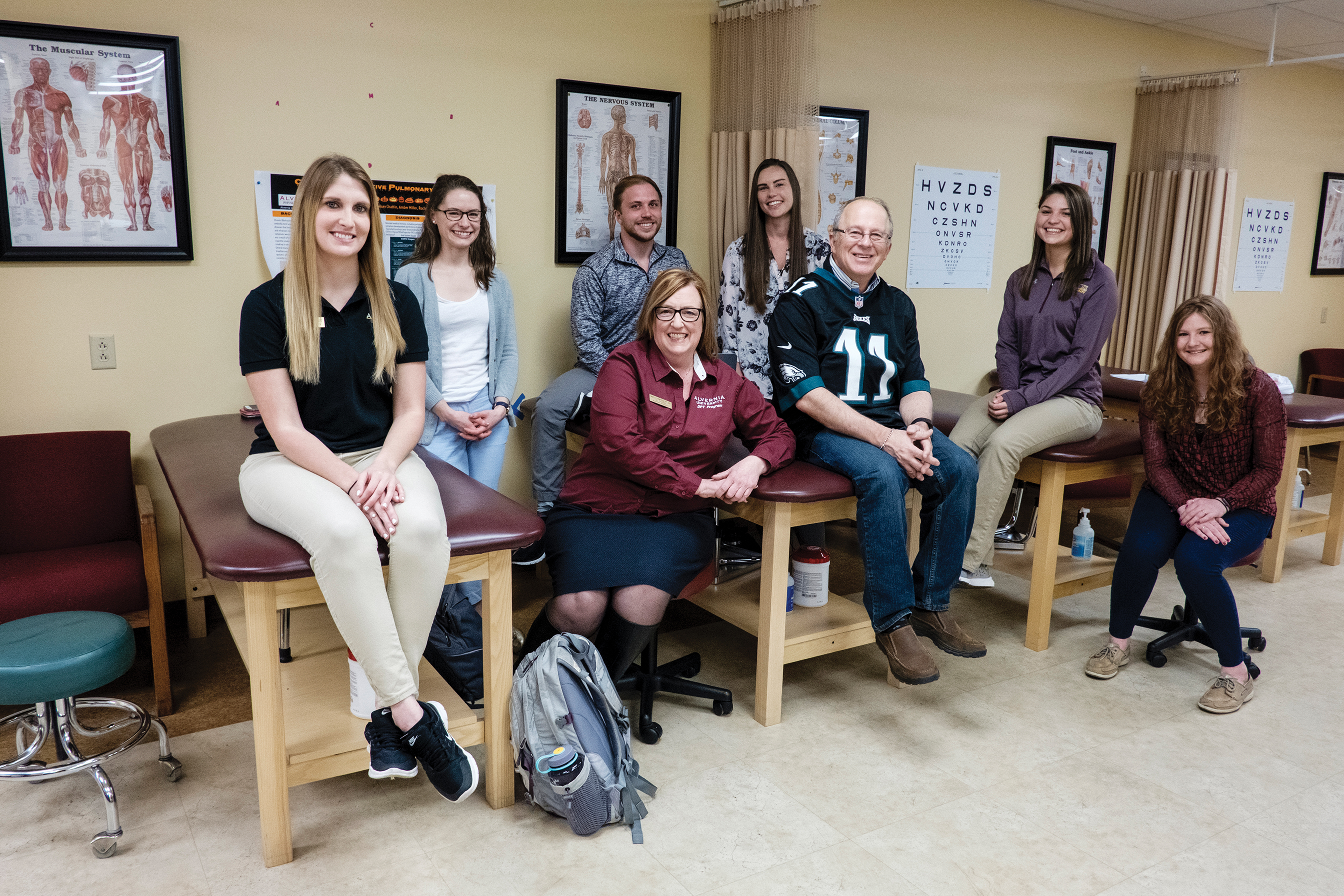