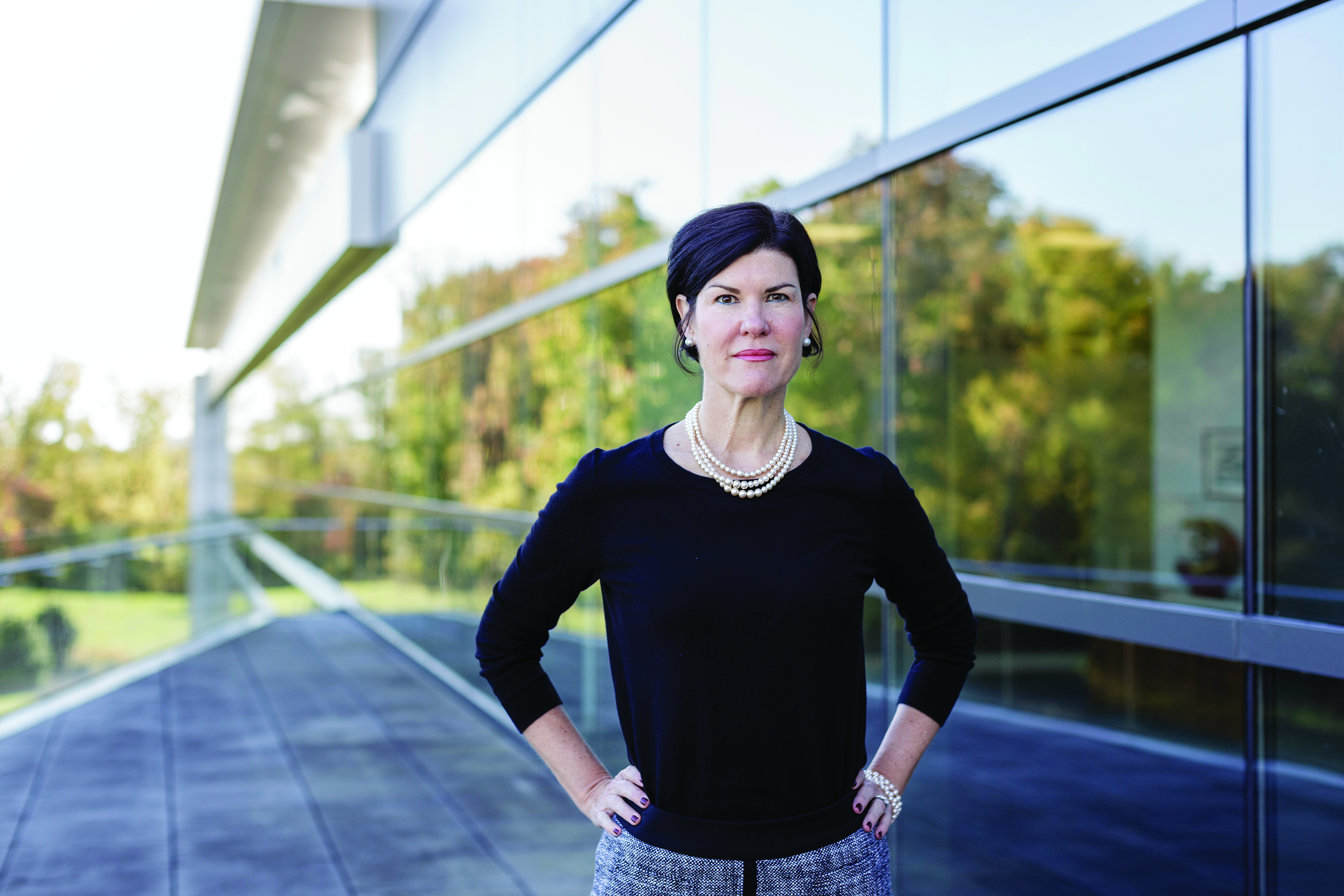 Last March, Olympus Corporation of the Americas (OCA) entered into civil, criminal and administrative settlements with the United States in connection with the sales and marketing of certain OCA products, agreeing to pay $612 million plus interest to resolve allegations of violating the U.S. Anti-Kickback Statute and, by extension, the U.S. False Claims Act. It was the largest amount paid in U.S. history for violations involving the Anti-Kickback Statute by a medical device company. It was a challenging time for the perennial powerhouse brand, which does business around the world.

Less than two months later, the Japanese company reached into its own ranks to fill key roles that would strengthen its operations. And it didn’t need to look far for its new corporate head of legal operations and global general counsel. Donna Miller ’85 had already established herself as a top performer for the international medical device and precision technology corporation since joining the organization in 2006 as director of human resources.

Miller was quickly promoted to deputy general counsel in 2008, and soon after her responsibilities expanded to include the role of ethics compliance officer. Later she assumed the role of vice president and general counsel, where she furthered the legal department’s risk identification and mitigation initiatives, supporting Olympus subsidiaries and affiliates throughout the Americas.

So when the Tokyo-based endoscope maker announced at the end of April that Miller would take over as its new global general counsel, reporting to Kiichi Hirata, chief administrative officer at the corporation’s headquarters in Japan, it didn’t come as any surprise to those who had followed her career.

Or to any of those on Reading’s Mount Alvernia who fondly recalled the focused criminal justice major who made her mark while on then Alvernia College’s campus before earning her Juris Doctorate from Temple University’s Beasley School of Law.

Traveling the world, making an impact
While its cameras are a household name, Olympus also is a world leader in the development, design and manufacture of sophisticated medical products that minimize invasive surgery and enable screening, such as gastrointestinal endoscopes, as well as powerful microscopes that reveal the mysteries of our genes.

In her new position, Miller touches all parts of the organization. “I partner with the people running OCA (Olympus Corporation of the Americas) on a day-to-day basis, helping them achieve the company’s strategic goals and comply with the law and the company’s values,” says Miller.

Now with global accountability, these same responsibilities extend to Japan, Europe, the Middle East, Africa, China and Asia Pacific. In the process, Miller leads a team of about 75 professionals, who are scattered all over the world.

Not too surprisingly, Miller spends more than half her time traveling, both domestically and internationally. On one recent 30-day expedition, she spent a week in Tokyo, the week after that in Dallas and split yet another week between Washington, D.C., and Chicago. “Then I went to Germany,” she says.

More recently, she traveled to China for a week and then flew to Japan for another two weeks.

You’d think Miller would have to be a polyglot, knowing and speaking several languages. Not true — “thankfully, nearly everyone speaks English,” she says. “In many of these countries, it’s common for people to speak two or three languages. That’s not the case in the States. So often, someone apologizes to me for their imperfect English. I always respond, ‘Your English is better than my Japanese or my Chinese.’”

While language barriers are easily surmounted, adjusting to a dizzying array of cultures can be a bit trickier, says Miller. “The body language, the seating order in a room, where you should sit, the seat you’re offered…all are meaningful,” she says.

“I’m appreciating that how I’ve done things for the last 27 years of my practice may not work for me now. Depending on where I am in the world, I need to recalibrate my thinking and take stock of what I’m negotiating.”

For example, in some cultures, saying “okay” actually can mean no — and that’s for Miller to decode. Further, silence conveys different meanings in different parts of the world. “In some cultures, silence is tantamount to praise,” Miller says. “But in this culture, it can be awkward.”

Since assuming her new position in April, Miller has learned a thing or two about world travel. Her words of wisdom: Be a perpetual student of cultures. “Learn from those whose home country you’re visiting,” she says.

“Instead of trying to fit other cultures into your own home country’s frame of reference, open your mind to try to understand and appreciate the differences.”

Related
Following the Evidence
Playing your cards right
Chris Ciabarra - The Fixer
President's Column: To improve is to change...
Moving from access to success