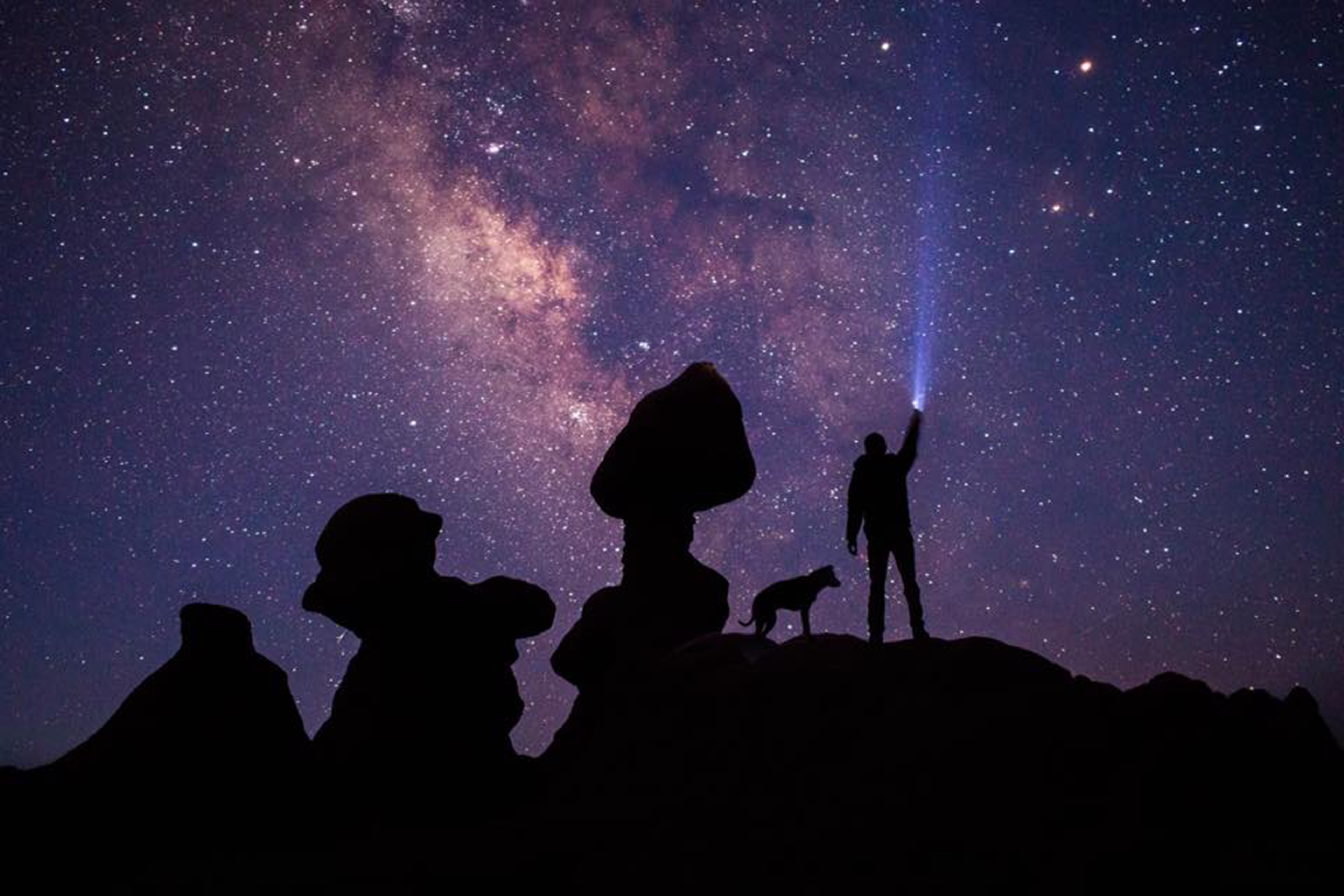 “Jan. 22, 2016 was life changing for me,” says Trevor DeHaas ’12. After three and a half years of grinding out a living at a mortgage investment company in King of Prussia, Pa., the ambitious Alvernia sport management major traded in his cubicle for a camera and fired up his Ford Escape for the road trip of a lifetime.

DeHaas embarked on an epic cross-country journey, sharing the adventure with his sidekick, Kahlua, a two-year-old Catahoula Leopard Dog. By mid-February, he was on the open road, with just seven days to travel 2,200 miles and reach his first destination — The Wave in Arizona, where he had nabbed an almost impossible-to-get reservation to access the visually stunning site.

But he was taking with him a secret known only to those closest to him until now — his battle with chronic kidney disease (CKD).

Diagnosed with IgA Nephropathy at age 10, DeHaas’ condition has progressed to stage III, leaving him with a future that is punctuated with either daily dialysis or a kidney transplant. “There is no known cause of the disease,” he says. “And unfortunately there is also no cure.”

Imagine knowing that in five, 10 or 15 years you wouldn’t be able to do what you love. Would you keep living the same life or would you change it? DeHaas’ choice — to live fully, and encourage others to do the same. The result — a stunning collection of images that will take your breath away, and a personal story that is inspiring.

The Trek
DeHaas’ breathtaking photography, which was featured in Alvernia’s Miller Gallery in November, has caught the eyes of many who have flocked to his Instagram account, where he is chronicling his trek. At the same time, his young pup has become a bit of an internet sensation, dubbed the most traveled pooch in the world!

The Wave
The Wave is a sandstone rock formation located in Arizona, near the northern Utah border. It’s well known to hikers and photographers, but is difficult to reach. And because the formation is considered fragile by the Bureau of Land Management, only a handful of permits are offered for people to see The Wave each day. DeHaas was one of the few to win a daily online lottery to visit the formation.

Interest builds
Only one month into his journey, DeHaas had traveled more than 5,000 miles, and visited the Bonneville Salt Flats, Diamond Fork Hot Springs, Buckskin Gulch and Zebra Canyon. And he was beginning to receive inquiries from local and national news, as well as people overseas who were interested in his excursion.

A milestone
By May of 2016, DeHaas had traveled more than 10,000 miles and had been featured on The Weather Channel and in the Daily Mail. And one of his photos of Kahlua was made into a Red Bull dog feature, which earned him some spending money. In August, though he was far from done, DeHaas celebrated six months on the road by posting his favorite 25 photos of the trip on Facebook.

Follow Trevor's Travels
“To me, photography is a way of communication. It’s one of the only languages understood anywhere on earth,” says Trevor DeHaas ’12. And he’s a man who has put his money where his mouth is, spending the past 11 months living out of his car with Kahlua, his dog, taking pictures of some of the most visually stunning locations this nation has to offer.

“My biggest travel expenses are food, gas and shelter. I don’t live lavishly, I don’t eat out a lot and I sleep in a tent or in my car six out of seven days. I’ll get a hotel once a week so I can shower, do laundry and sleep on a real bed. Any of the money you donate will be used for one of those three expenses,” he said.