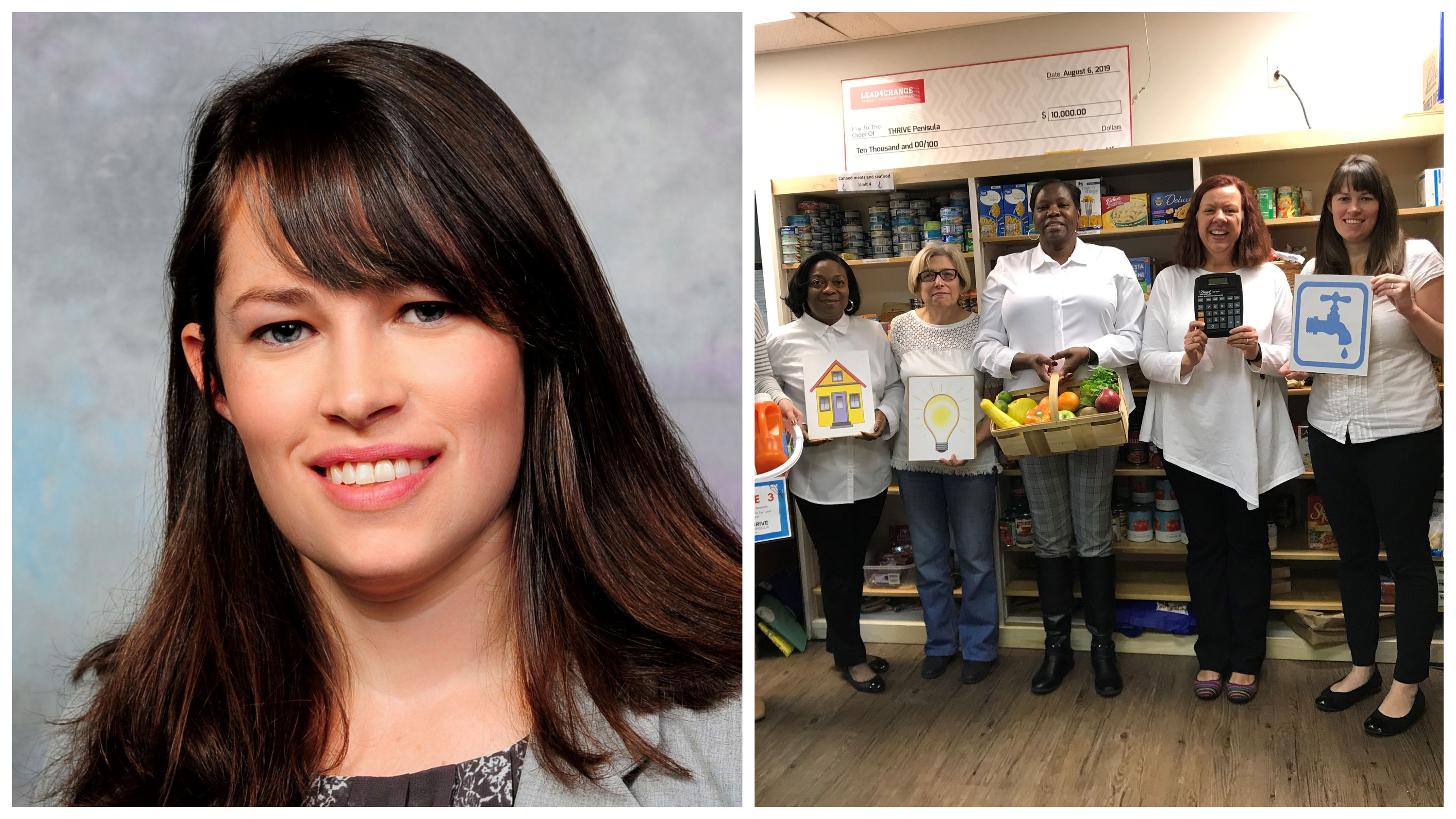 Since she became the Executive Director of THRIVE Peninsula, a nonprofit located in Virginia, Angela York '11 has dramatically expanded the organization. THRIVE aids those who are experiencing financial distress, and with York's direction, it has doubled its revenue, increased its services by 250%, and doubled its number of volunteers.

At Alvernia, York enrolled in the Masters of Arts in Leadership program, directed by Associate Professor of Communication Caroline Fitzpatrick. She was exposed to many real-world situations in her studies, which expanded her worldview.

"Dr. Fitzpatrick would always say, 'don’t recreate the wheel,’ and that has influenced me a lot in my job now,” said York. “The more I have leaned into seeking partnerships with other organizations who do something well, instead of starting another duplicate program, the more success THRIVE has had and the more we are able to focus on the things we are good at.”

York was an instrumental part of the master’s-level capstone project, which involved fundraising efforts and basketball uniform donations for the Bernardine Franciscan Mission and School in the Dominican Republic.

“As a student, Angela was resourceful and innovative,” said Fitzpatrick. “I always knew she would be successful in her career and an advocate for underserved populations.”

York took her dedication to the community and new worldview with her to THRIVE. She was drawn to the nonprofit because of its unique structure. It is a conglomerate of 80 churches, all different denominations, working together to support members of their community in need.

“For me, I enjoy being part of a body that works with so many different arms of the church because I think it's representative of the Kingdom,” said York. “So often we don’t see churches of different denominations working together, and that’s what THRIVE is.”

Recently, the nonprofit has purchased and renovated a new headquarters, which provided space to expand its food pantry. Families used to receive prepackaged bags of food, but now they can shop for themselves, which eliminates waste and serves as a dignity restoring practice.

Not only does THRIVE support those in financial distress, but it also provides people with the coaching necessary to reach financial freedom.

“We’re doing more than helping them one time. We’re preparing them in the future and giving them important tools that they can use in their life.”

Each person who comes to THRIVE must meet with a financial coach once, but they are encouraged to attend follow-up visits. These programs instruct people on how to make money and manage and balance the resources they already have.

“We can’t always create income, but we can help them to manage the money better by improving credit, paying off bills, and creating debt management plans,” said York. “It could be months or years just working towards paying off a big credit card bill, but that’s something to celebrate. It’s a big deal to that person.”

In the future, York hopes to continue THRIVE’s expansion and increase its impact on the community. For example, she wants to expand the financial coaching program to be more preventative, aiding people before entering a financial crisis. She also wants to incorporate more churches and centralize their resources to be a more effective organization.

“We are not just a place where people come and get a number. We treat every person with kindness and respect,” she said. “People are supposed to feel encouraged and supported here.”

York strives to keep a firm grasp of these values as she takes THRIVE Peninsula to new heights.