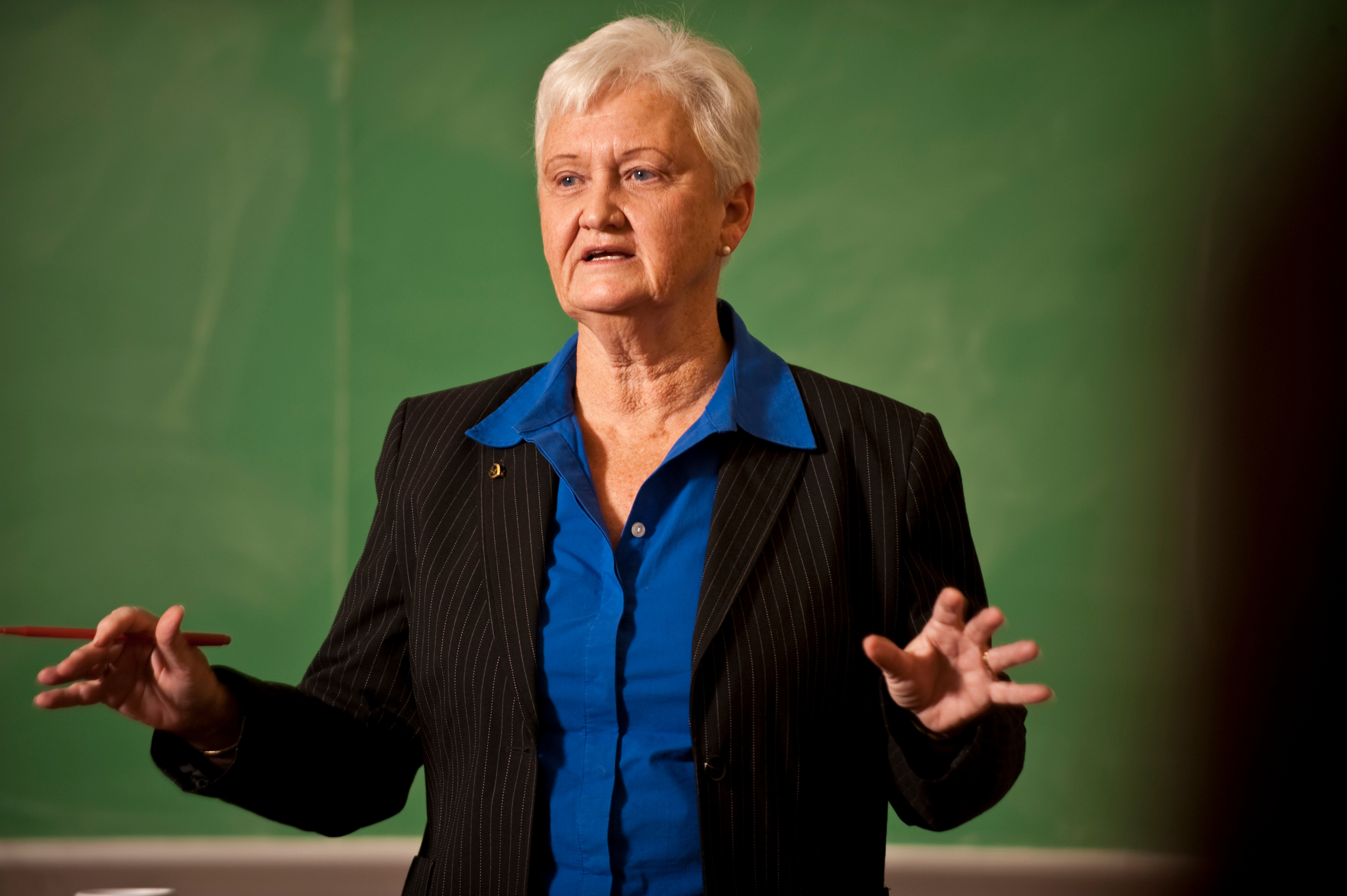 Alvernia University mourns the loss of Associate Professor of English Marybeth DeMeo, M.A.T., who passed away on the evening of Saturday, August, 8, 2020. Professor DeMeo spent nearly 40 years as a champion of the liberal arts and as the chairperson of the English and Communications department.

A memorial service will be held  Saturday, Aug. 15, at 10 a.m. ET. The entire Alvernia community is invited to join the service via a Live Stream here: bit.ly/DeMeoMemorial.

In lieu of flowers, the family has requested donations be made to Angels in the Attic and Clare’s Cupboard.

DeMeo volunteered to teach Alvernia Seniors College courses since the organization was founded in 1998 and in the spring of 2018, DeMeo was presented with the Saint Bonaventure Award in Teaching for her long-standing Seniors College commitment.

During her speech, she reflected on her career and time at Alvernia “I have been blessed. What I love to do (my avocation) is what I do for my living (my vocation).”

A lengthened version of her Spring 2018 remarks are available here.

DeMeo received her bachelor’s degree from Syracuse University and her master’s degree from the University of Notre Dame. In addition to teaching a variety of courses in poetry, American literature, and Shakespeare, she oversaw the Research Seminars in Communication and English, and supervised the internship program for department majors and minors.

She also co-advised the Kappa Pi Chapter of the international English Honor Society, Sigma Tau Delta. Founded in 1924, with over 880 chapters in the U.S. and abroad, Sigma Tau Delta is the second largest undergraduate honor society. Prof. DeMeo served on the international Board of Directors as Eastern Regent and as national President. She was named Elaine Hughes Outstanding Eastern Faculty Sponsor in 2008, and she received the Society’s highest honor, the Delta Award, in 2010.