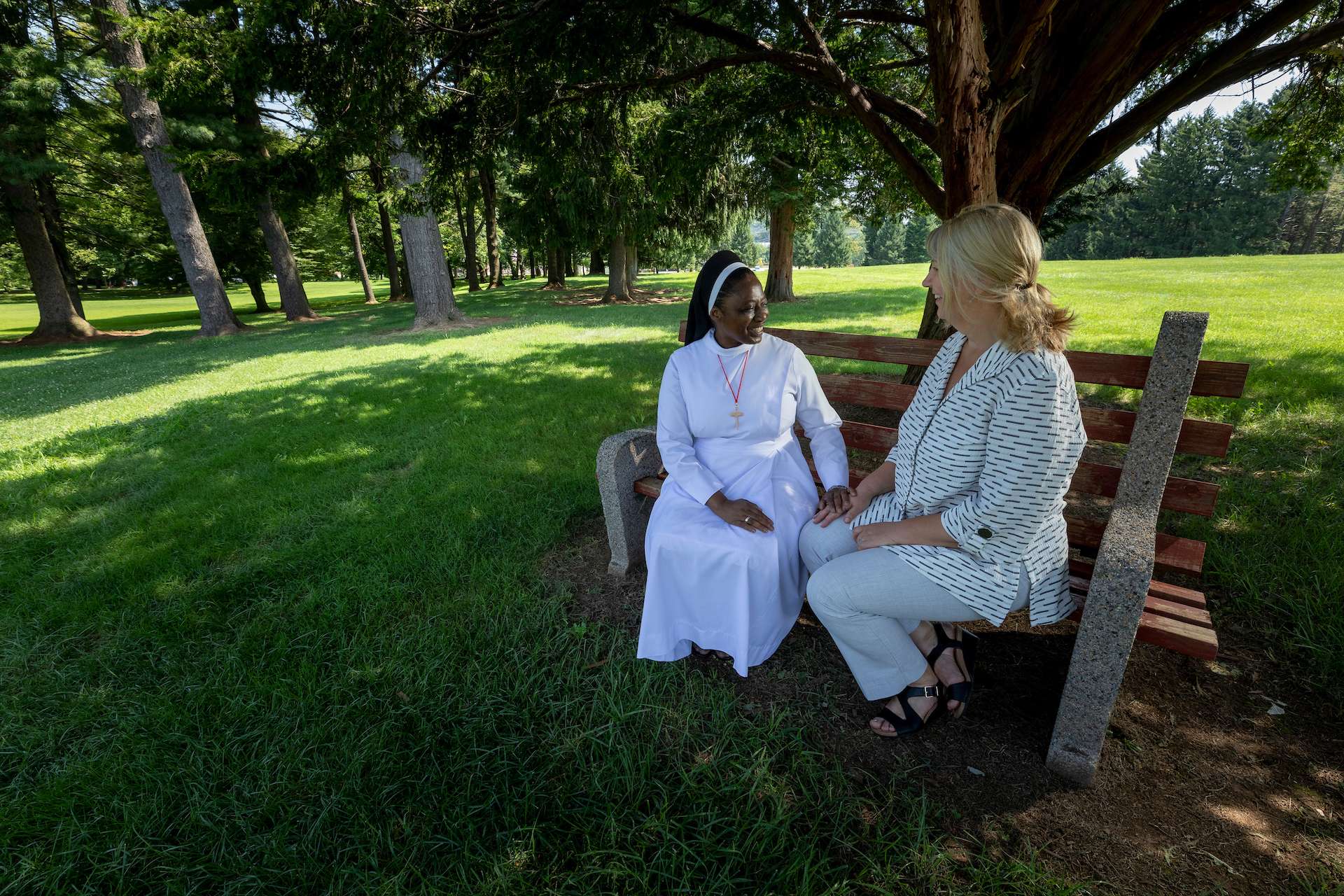 When Sister Digna Chuwa, C.P.S, M.Ed.’03 was studying multicultural education and administration at Alvernia University, she never anticipated how crucial those skills would prove in helping the girls of Kahama in her native Tanzania.

In this small gold mining town in the country’s northwest, girls seldom receive education beyond the primary grades. “School is for boys,” Sister Digna, 56, a Missionary Sister of the Precious Blood, said of local attitudes. “Girls are supposed to be at home to prepare themselves for marriage to any husband.”

Those as young as 14 are forced to marry and are viewed as a source of much-needed income through dowry paid in cows, Sister Digna explained. In Tanzania, which has one of the highest adolescent pregnancy rates in the world, girls pregnant out of wedlock are expelled from school and ostracized by the community. At the same time, the country is striving to change that outcome by making girls’ education a priority.

So in 2003, fresh off her master’s degree, Sister Digna was asked by the local bishop to explore the development of a diocesan boarding school. By 2005, Queen of Family Girls’ Secondary School opened in Kahama with 70 students—the first girls-only school in the district.

For 12 years, Sister Digna served as headmistress. Of nearly 1,000 graduates, none have gotten pregnant and all have matriculated, many becoming teachers and a few doctors and engineers, she said with pride.

“My most fine thing,” Sister Digna said, is that “the parents have come to see girls can do this too.” In 2017, she returned to Alvernia to pursue a doctorate in educational leadership.

Of course, establishing the school was no easy mission. Sister Digna had to persuade the community’s men— including the bishop—that young girls already promised in marriage should instead get educated.

“The culture is where women do not talk in public where men are,” she said. “Women, they are supposed to listen. Here you have a woman sitting at the head of the table, giving orders to men. Most men say, `Are you for real?’”

Dressed in a white habit with a white veil, a cross around her neck, this petite woman has conducted herself as an “ethical leader with moral courage,” said Elena Lawrick, director of Alvernia’s Office for Multilingual Student Success and Sister Digna’s mentor. 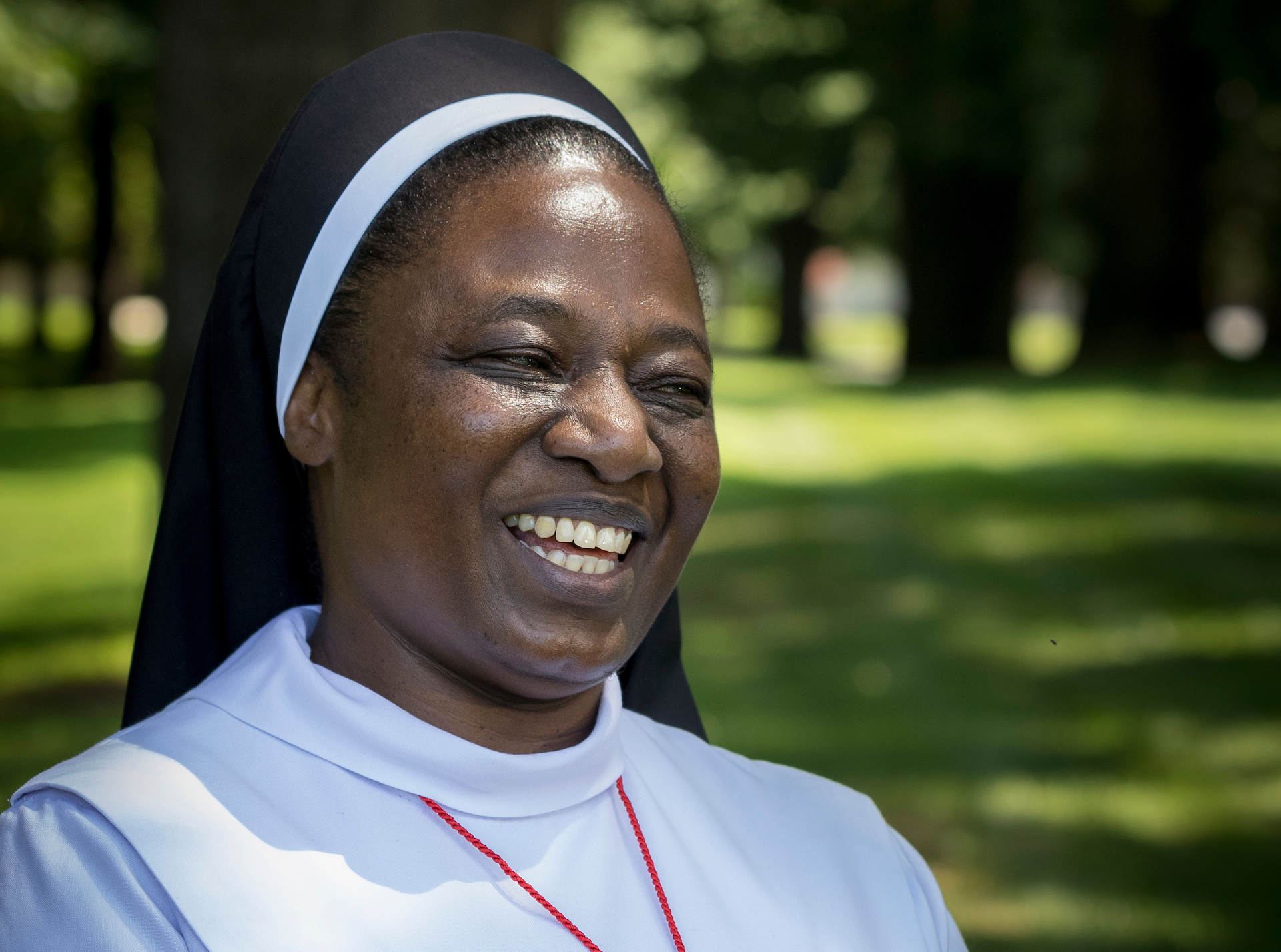 “These are words that relate to Alvernia’s mission and education,” Lawrick said. “Sister Digna is a perfect living example of that mission. She’s doing a lot of hard work, sacrificing herself so others blossom and flourish.”

Sister Digna held workshops to win over the mothers, convincing them that their daughters would benefit from education, and most importantly, not get pregnant.

“That was the first mission,” she said, “to get it into their being, You are not meant to get married at the age of 14, 15. We are going to study to the end, and we’re going to prove to the world they are wrong about us.”

That message starts with the school’s name: “She is the queen in the family,” Sister Digna said, just as the Virgin Mary is the “Queen of the Holy Family.”

Growing up in the foothills of Mount Kilimanjaro—an area where education is valued—there was no doubt that this daughter of a teacher father would attend school and college. After joining religious life, Sister Digna came to the United States to work at Dayspring Homes, a Reading nonprofit for special needs children, and earned a scholarship to pursue her master’s at Alvernia.

Now the doctoral student is researching female leadership in educational contexts in Tanzania and exploring disparities between boys’ and girls’ test scores in STEM subjects.

“She is connecting various pieces of data that no one has connected before,” Lawrick said. “It will help narrow that gender gap.”

For Sister Digna, it is the next step to better the lives of girls and women. “They also play a vital role in the leadership of the country,” she said. “Somebody has to say to them, You are able to do this. You can play an active role here.”

Alvernia names new enrollment VP
Loyack Letter: What is yours to do?
Alvernia unveils Chair of Honor at Veterans Day celebration
Kerber ’96 MBA ’01 returns to Alvernia as AVP for Institutional Advancement
Leading through service