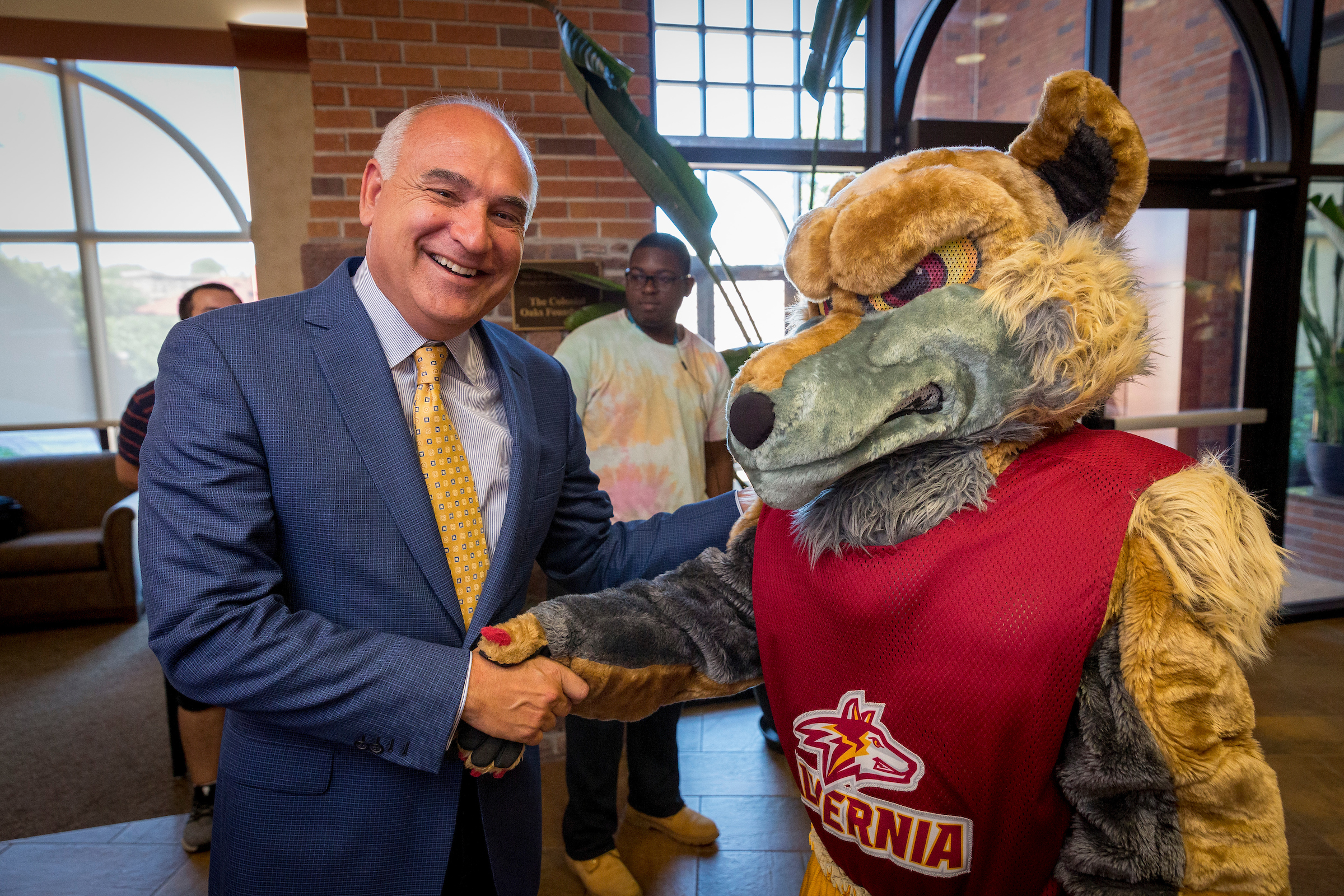 A career of advancing leadership in private industry and higher education, John R. Loyack commences his tenure as the seventh president of Alvernia University.

“It is with great excitement and anticipation that I begin my journey,” said Loyack. “I look forward to continuing the success and growth of Alvernia and ensuring that this institution is well positioned to deliver its transformational mission to students for generations to come.”

His presidency begins with a meeting with the senior leadership team as well as a reception with faculty, staff and students before heading to Boston for the six-day Harvard Seminar for New Presidents.

Since the announcement of his hiring in December, Loyack began transitioning to Alvernia by making several visits to campus, typically for a week at a time.

“My desire is to cultivate the impact Alvernia has on its students and alumni, faculty and staff, this community, this region and beyond,” said Loyack. “The transition over the past six months has allowed me to get a deeper understanding of the people, the culture and the community and has been a wonderful experience that has afforded me a terrific perspective.”

Loyack was previously the executive vice president for business and administration at King’s College in Wilkes-Barre and a board member of AMCON Distributing Company in Omaha, Nebraska. At King’s College, Loyack was known for his skills in team building, financial management, community engagement and an intense focus on student success. His efforts have led to program expansion and revenue growth at King’s.

“He impressed us as being an inspired communicator with a data-driven, strategic approach,” said Alvernia trustee and presidential search committee co-chair Steve Najarian. “He has the ability to see around the corner and see outside the box in this complex and rapidly changing world of higher education.”

“We more than got lucky having Tom for all this time," said Alvernia trustee and presidential search committee co-chair Ellen Huyett. “But change is good. New people bring new ideas and different energy.”

Before his tenure at King’s, Loyack served as president and chief executive officer of Optim Energy/EnergyCo in Irving, Texas. In addition to earning an MBA from Lehigh University and a bachelor’s degree in accounting from King’s College, the Pennsylvania native is a certified public accountant with a long history of building relationships in the community. He currently serves on the boards of directors for Northeast Pennsylvania Education Consortium, Luzerne County Industrial Development Authority, The Luzerne Foundation, The Educational Opportunity Centers of Pennsylvania and Riverfront Parks Committee of Wilkes-Barre.