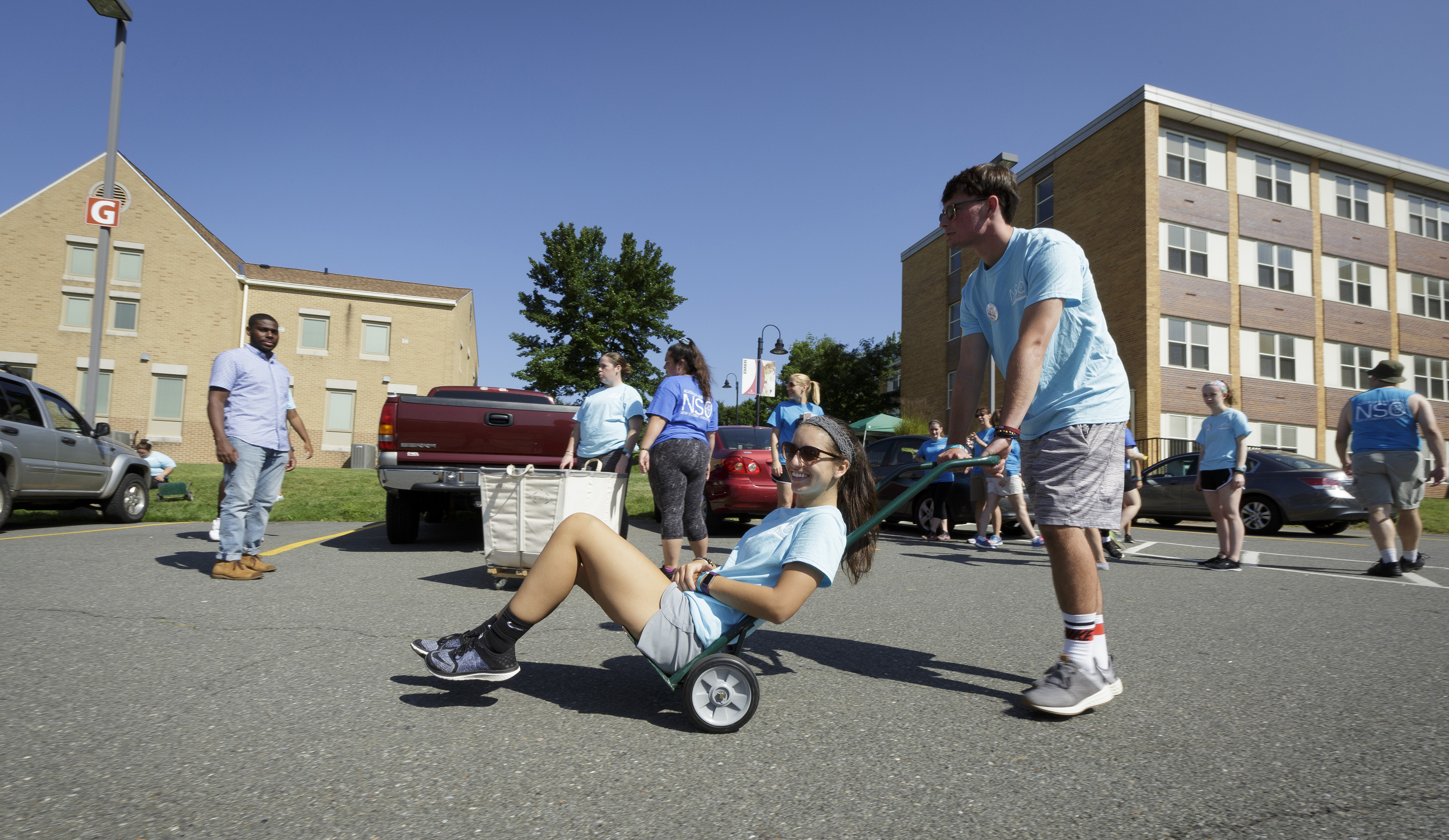 Hundreds of New Students Converge on Campus This Fall

More than 500 new students arrive at Alvernia this fall with most of them comprising the historic Class of 2022, which is larger, more diverse, and an academically stronger group of students compared to 13 years ago. Of the new class, 37% are students of color and 45% are scholar athletes. The new class also boasts an average SAT of 1050 and 3.34 GPA, with much higher requirements for top programs in healthcare sciences.

“As a nationally recognized comprehensive regional university, Alvernia has grown from a little known local institution to a top choice for many students from 12 states searching for an intimate campus community with the amenities of a large university,” said Thomas F. Flynn, president.

“The depth and breadth of our liberal arts and professional programs in addition to strong emphasis on ethical leadership, real-world learning and community service are characteristics that distinguish us from other institutions,” he added.

In 2005 when Flynn first arrived on campus, the freshman class was at 278, with a modest academic profile and relatively little racial and geographical diversity. Today, with an expanded vision and renewed mission, Alvernia has experienced a more than 75% full-time undergraduate enrollment growth during his 13-year tenure.

Increased interest in a growing athletics program also adds to the Alvernia appeal. This year, the university kicks off its first ever football season as the Golden Wolves host Gallaudet University on the Reading campus in September.

While most of the more than 500 new and transfer students in the class are from Pennsylvania, about 30% are from out of state (compared to 20% in 2005), including Maryland, New Jersey, New York, and Florida.