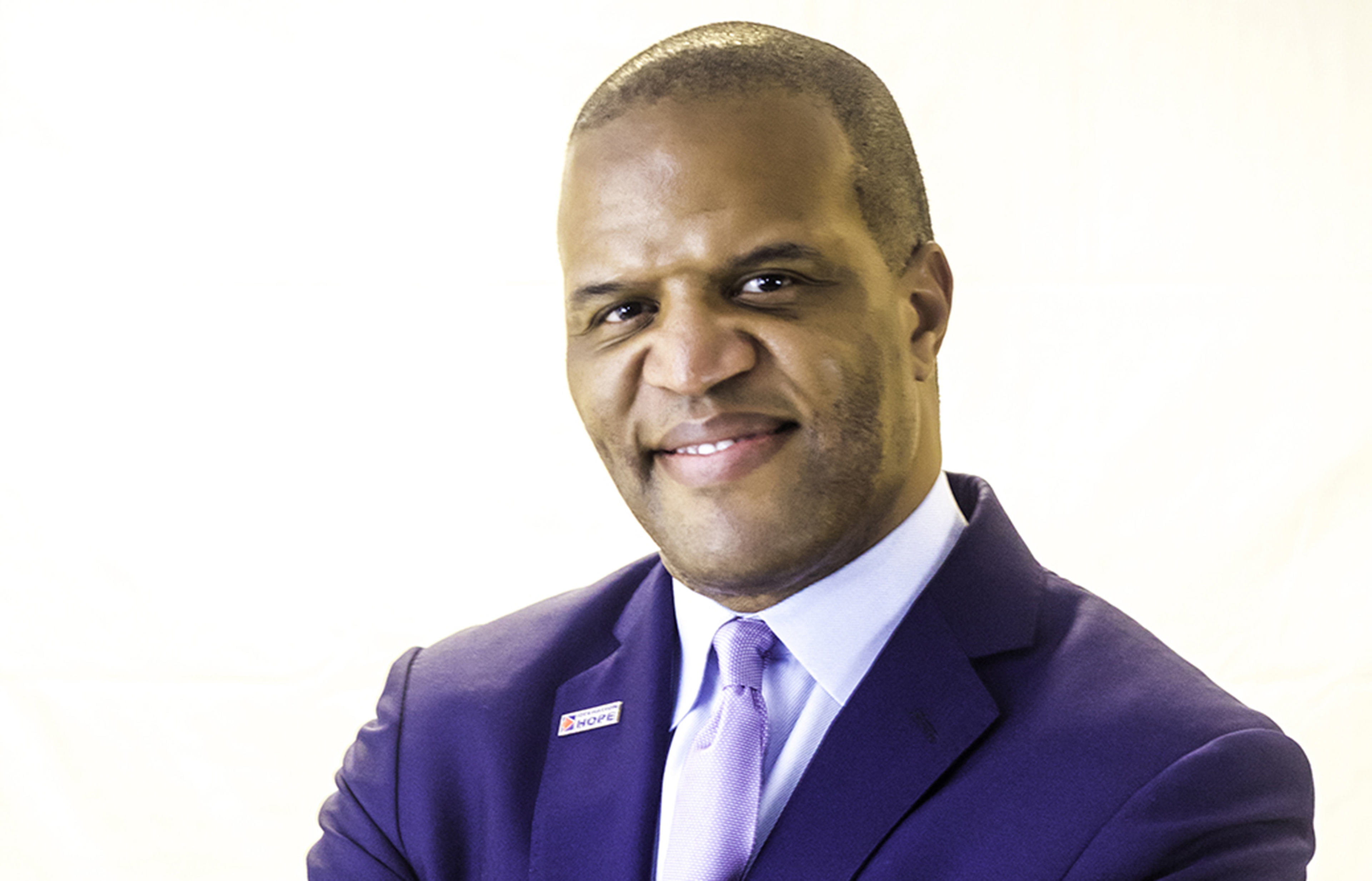 John Hope Bryant, founder, chairman and CEO of Operation HOPE will be awarded an Honorary Degree of Humane Letters before offering remarks to the Alvernia University Class of 2018 at Commencement, May 12, 2 p.m., Santander Arena, Reading, Pa.

John Hope Bryant is an entrepreneur, author and founder of two businesses. He is founder, chairman and CEO of Operation HOPE, Inc., the largest not-for-profit provider of financial literacy, financial inclusion and economic empowerment tools and services in the United States for youth and adults. Bryant is also chairman and CEO of Bryant Group Ventures and The Promise Homes Company, the largest for-profit minority-controlled owners of institutional-quality, single-family residential rental homes in the U.S.

An advisor to the last three sitting U.S. presidents, Bryant was appointed by President Obama to serve on the U.S. President’s Advisory Council on Financial Capability for Young Americans. He also served as President Obama’s Chairman of the Subcommittee on the Underserved and Community Empowerment.

Bryant has received hundreds of awards and citations for his work, including Oprah Winfrey’s Use Your Life Award and the John Sherman Award for Excellence in Financial Education from the U.S. Treasury. Bryant received an honorable mention in Inc. magazine’s “The World’s 10 Top CEOs” article that spotlights global servant leaders as the visionaries behind some of the most successful organizations. He was named American Banker magazine’s Innovator of the Year in 2016.