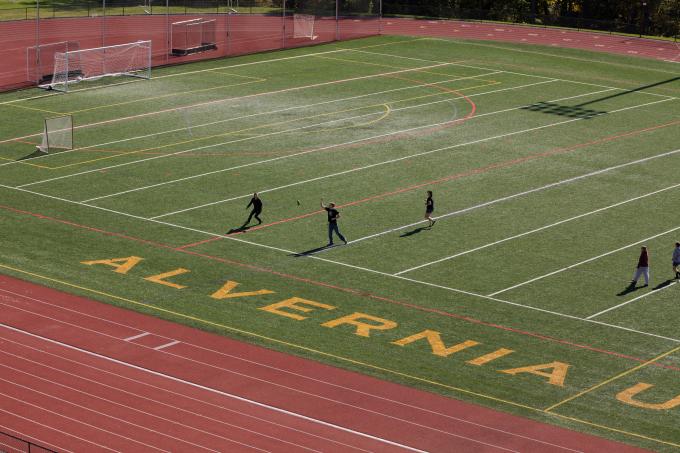 Alvernia's Golden Wolves compete at the NCAA Division III level. Since 2008, the university has been a member of the Commonwealth Conference of the Middle Atlantic Conference, commonly known as the MAC. Alvernia also competes in the Eastern College Athletic Conference (ECAC). Membership in the ECAC provides our teams with extra regional playoff opportunities.

Soccer players on the turf