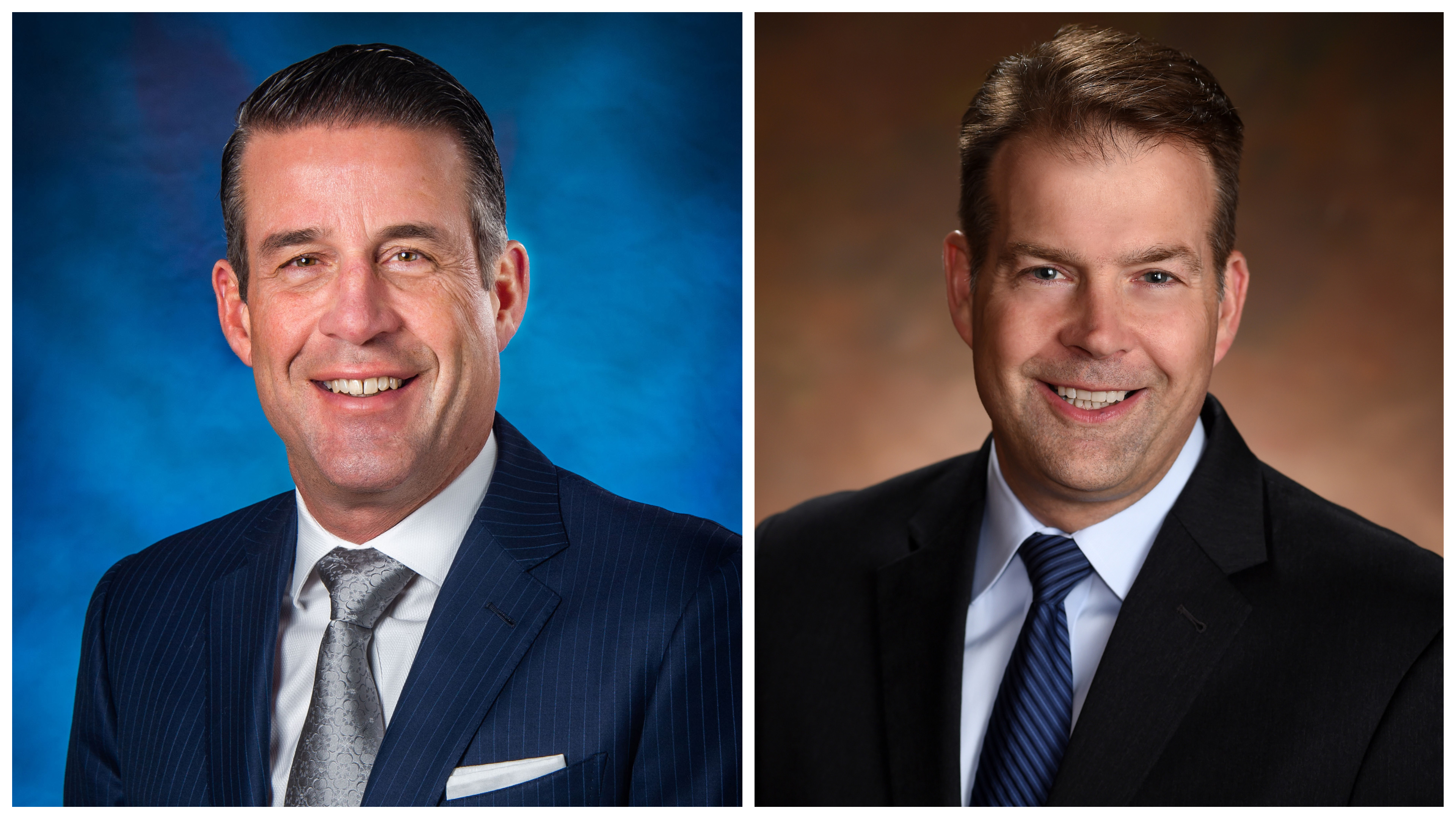 Two new members were appointed to the Alvernia University board of trustees on March 11, the university announced Thursday.

The new trustees are John M. Arnold, chairperson, CEO and owner of PPC Lubricants, Inc. and Alvernia alumnus Kevin DeAcosta ’00, president and CEO of The Highlands at Wyomissing.

"We couldn’t be happier to welcome John and Kevin to the board," said Alvernia University board of trustees chairperson Michael Fromm. "Both John and Kevin have previous board experience, a wealth of professional knowledge and accomplishments and, most importantly, share a deep commitment to advancing Alvernia’s transformational mission through the university’s strategic plan and Reading CollegeTowne initiative.”

Arnold and DeAcosta join John Gallen Jr. and Khalid Mumin, Ed.D. as new trustees to join the board in 2020-21.

“John and Kevin have shown great dedication to the Alvernia and Reading communities over the years, said Alvernia University President John R. Loyack. “I look forward to working with them in their new roles as trustees as they work with us to turn Alvernia into a comprehensive regional university and bring Reading CollegeTowne to life.”

Arnold earned a Bachelor of Arts Degree in Business from Grove City College and later earned a Master's in Business Administration from Penn State University.

For the last 21 years, DeAcosta has held several positions with The Highlands, being promoted in 2013 to his current position as President and CEO, where he plans, directs and manages all operations and serves the board in developing the strategic vision for the organization. Before coming to The Highlands, DeAcosta served 10 years in the banking and public accounting industries.

DeAcosta also serves as the Vice Chair of the Board for Dayspring Homes, Inc., and he is a member of the Reading Symphony Orchestra board of directors. Additionally, he is a member of the United Way Finance Committee, and he volunteers as a star-reader for the “Ready. Set. Read!” program.

DeAcosta earned a Bachelor of Arts Degree in Accounting from Alvernia in 2000. He earned the university’s Distinguished Alumni Award in 2016 and served as an Alumni Council member from 2016 to 2020.