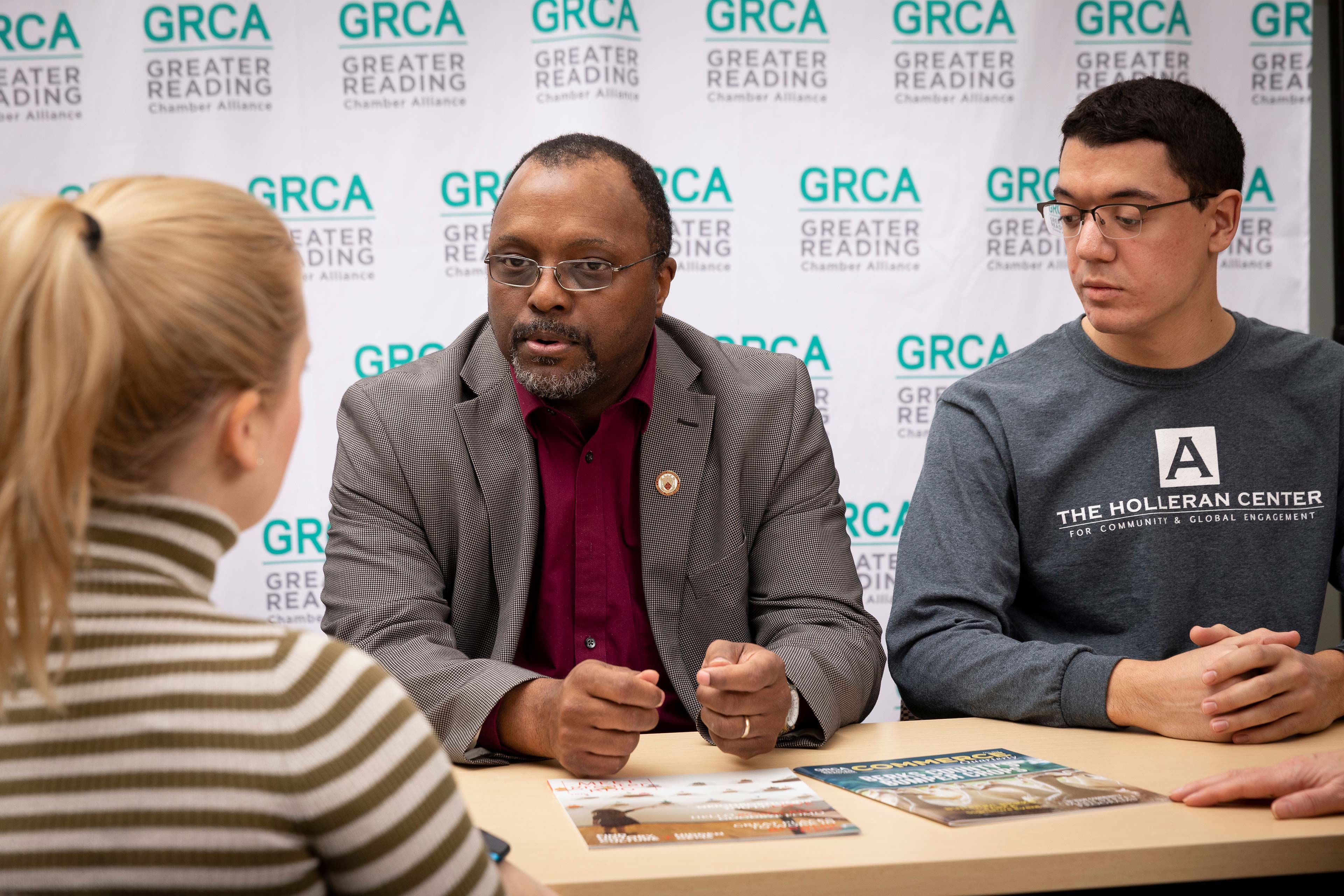 One of the things that made John R. Loyack attractive to Alvernia when the university was searching for the right person to take over as its seventh president was his vision of revitalizing Reading by transforming it into a vibrant college town. The idea made a lot of sense. Alvernia had been ratcheting up its presence in the city for years, and Reading, which for too long had been more likely to show up on struggling-city lists than on up-and-coming lists, was poised to rebound. Now, nearly a year after Loyack took over as Alvernia’s president, Reading CollegeTowne is in full swing.

Alvernia’s new president has some difficulty coming up with a simple description of the project. “CollegeTowne is probably the most complex, multifaceted initiative you could take on at a college,” he said. The project’s overarching goal is to reenergize economic development in downtown Reading and to do so in ways that advance the university’s mission. It calls for establishing a physical presence for Alvernia downtown, launching a new academic program in engineering that will be based in Reading, revitalizing the business major and other academic programs while giving them a downtown home, and creating a student-centered business incubator to provide guidance and support to new businesses as they work to get up and running.

Alvernia’s physical presence in Reading comes through the purchase of 401 Penn Street, the five-story, 260,000-square-foot former CNA Insurance building in the city’s center. Renovating and moving into an existing building—as opposed to undertaking new construction—reduces costs while significantly accelerating the project timeline.

Alvernia took possession of the building in July, and if renovations go smoothly, it could be open for business sometime during the 2021-2022 academic year.

Parts of the O’Pake Institute’s former portfolio have been woven into the Holleran Center for Community and Global Engagement, which is now being led by executive director Rudy Ruth. Another significant development has been the hiring of Dr. Rodney Ridley to lead the new O’Pake Institute and to help launch the CollegeTowne project. The project plays to Ridley’s strengths. He comes to Alvernia after five and a half years as head of Wilkes University’s Allan P. Kirby Center for Free Enterprise and Entrepreneurship. At Wilkes, he led a student-run business incubator that helped spark new business development in Wilkes-Barre, an arrangement that has a lot in common with the business incubator he will work to develop at Alvernia.

“It became clear that this was a once-in-a-lifetime opportunity,” Ridley said of his new Alvernia job. As he moves into that job, Reading CollegeTowne will be the O’Pake Institute’s No. 1 priority.

Though Alvernia won’t move into its new downtown home until sometime in 2021 at the earliest, Ridley said the student-run business incubator could get up and running more or less immediately. “Most businesses need help, especially with the devastating effects COVID-19 has placed on small businesses,” he said, and then listing a range of challenges that new business face—how to structure a new corporation, for example, or how to build a website or how to create a company logo. These are challenges that a student incubator team is well-suited to solve. “The first thing I’m going to do is find the elite students who will form this team,” Ridley said.

Meanwhile, downtown organizations, such as the Berks County Community Foundation and the Greater Reading Chamber Alliance, are eager to provide interim space for CollegeTowne meetings or other activities. “We are able to provide them with physical space before they ever get to where 401 Penn Street is ready for them,” said Pamela Shupp, executive vice president and chief operating officer of the Chamber Alliance.

The project is being launched in partnership with the Chamber Alliance, the Berks County Community Foundation and Reading Area Community College. “This is a real, wonderful collaboration,” Shupp said. “It really marries together well.”

Several factors are critical if economic redevelopment is to succeed. One is location, and Kevin Murphy, president of the Berks County Community Foundation, thinks Reading’s—90 minutes from Philadelphia, two hours from New York City—is perfect. “Reading is what you would dream about if you were a city planner,” he said.

Another critical factor, Murphy said, is the presence of anchor institutions that invest in their communities. He points to the significance of Johns Hopkins University in Baltimore or to the roles that the University of Pennsylvania and Drexel University have played in Philadelphia. Alvernia, he said, is poised to make a similar kind of impact. “Alvernia has turned its face to the city,” he said. “This is going to bring round-the-clock life and vitality to downtown. We couldn’t be more excited.”

Five years from now, if CollegeTowne is successful, Loyack envisions new program offerings, an expanded student experience and Alvernia’s first engineering graduates out in the workforce. He sees new partnerships with city institutions, new businesses that have been helped by the university’s incubator planting roots in Reading, and Alvernia students living in and becoming engaged with downtown. But between now and then, he sees much work that needs to be completed.

“If it takes a village to raise a child, it takes a planet to build a college town,” Loyack said. “We seem to have that planet’s worth of support, and that’s what makes Reading the place to do this.”

This article appeared in the Summer 2020 issue of the Alvernia Magazine. Click here to read the full magazine and find previous issues.