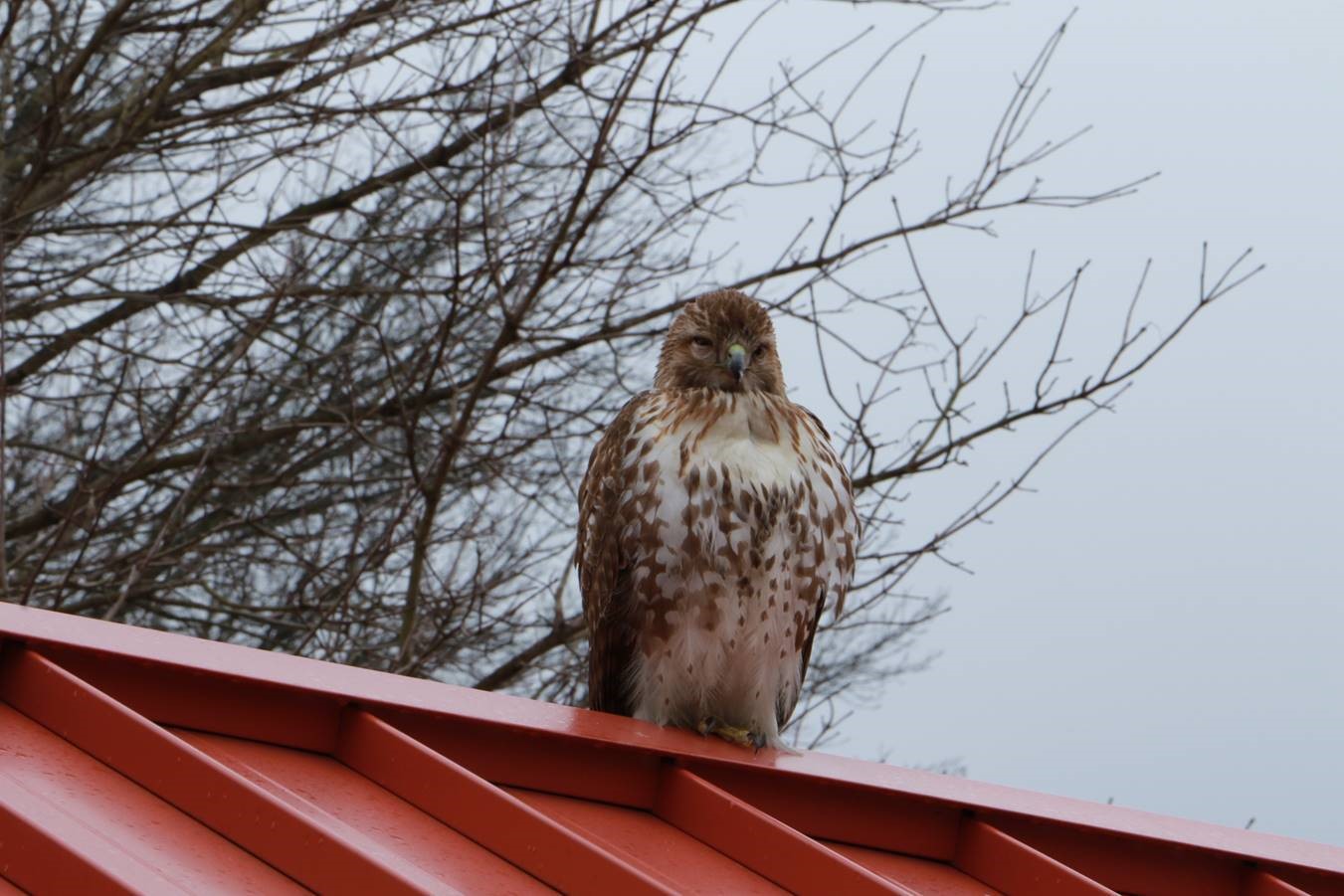 In the early morning of Feb. 25, many Alvernia students were shocked to see a hawk perched on top of the shuttle stop outside Bernadine Hall. It was first seen around 7:35 a.m. Erin Mooney ‘23 saw it laying inside the shuttle stop on her way to her morning lab.

“Two shuttle drivers were looking at the hawk while it was inside the shuttle stop,” said Mooney. “It was laying there, and they were waiting for the groundskeepers to come and help them out.”

When the groundskeepers arrived, they were able to help the hawk up, but it was still confused about its circumstances.

“It hit its head a few more times trying to get out,” Mooney said.

When it finally did make its way to the sidewalk, it stayed there as the shuttles resumed their loops. Later, it flew the short distance to the top of the shuttle stop, where it sat for several hours. Associate Professor of Business Woosoon Kim took notice and captured several photos of the bird and distributed them to Alvernia community via campus email.

Once the photos were sent, it was evident that something wasn’t quite right. Concerns were raised that the hawk might be injured.

Linda Spangenberg, executive assistant to the vice president for enrollment management, was one of many who reached out to Red Creek Wildlife Center. A local volunteer arrived on campus, captured the hawk, and returned to the center for treatment. Spangenberg called the later that day to check on it.

“They told me the hawk is a young male – probably one to two years old, and quite feisty,” said Spangenberg.

The hawk had a head injury and some slight swelling in its left wing, but nothing was broken. For treatment, it was given pain medication and transferred to an outdoor flight pen for further monitoring.

A Red Creek representative stated that the hawk is still being kept in a flight pen, but his condition is much improved. While location of its release is still undecided, the Center hopes to return it to the wild in the next week or two, once weather conditions are optimal.