Peeking behind the scenes 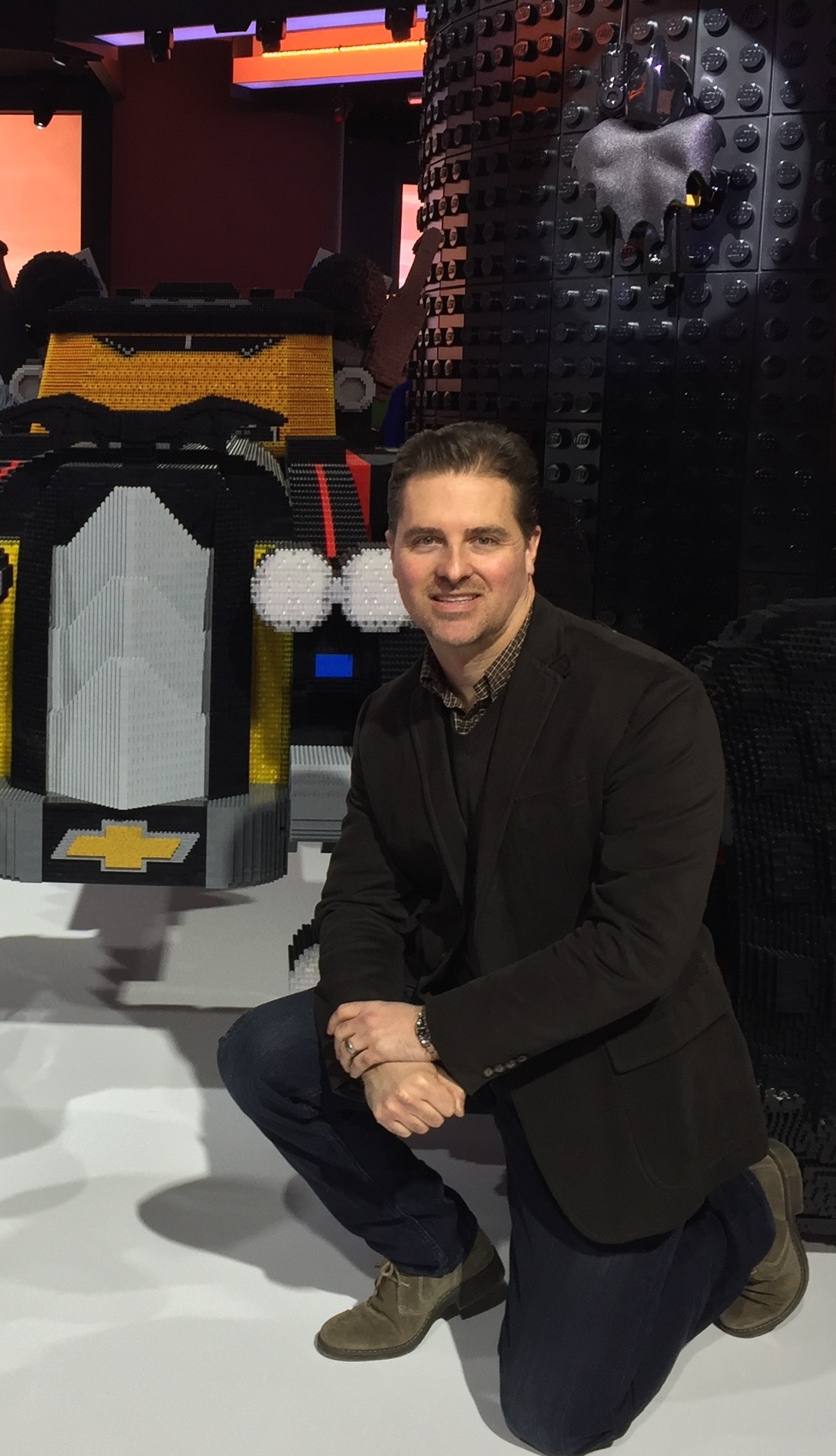 To commemorate the February launch of The Lego Movie 2: The Second Part, General Motors unveiled a full-scale 2019 Chevy Silverado made of more than 330,000 Lego bricks at the Detroit Auto Show. The company also released an animated commercial featuring Lego characters Emmet and Lucy in a getaway chase in the new Silverado, which has a cameo spot in the movie.

A children’s film and high-end truck seem an unlikely pairing, but the match was the result of a carefully planned partnership that GM brand marketing executive George Clement ’94 negotiated with Warner Brothers.

Over the past two decades, the former Alvernia communications major has built a niche career in entertainment product licensing and collaborative promotional deals like this one.

“It’s very much a partnership—a give and get on both sides,” Clement said. “These partnerships build awareness and lift brands. That’s the goal.” And it is an increasingly challenging goal as brands compete for consumer attention in today’s vast and ever-changing media landscape.

For the 2017 Lego Batman Movie debut, Clement negotiated a deal with the movie house resulting in a marketing campaign that included a life-size Bat Mobile. He also handled marketing partnerships with GM on the Spider Man and Transformers movies while he worked in marketing at Paramount Pictures.

“GM was getting a lot of visibility for their products,” he explained. “They were helping to promote the Transformers movie with media, commercials and experiential activities,” he added, referring to Bumble Bee, the movie’s character that is a yellow Chevy Camaro with black stripes.

Five years ago, a colleague at GM offered Clement an opportunity to jump from the entertainment side of the business to the product side. He accepted and he and his wife Cerisse, a California native, left California for Michigan where they are now raising their two-year-old twins.

Clement credits his communications major, which was relatively new when he attended Alvernia—and the advertising and public relations concentration in particular—for giving him an option that called to him. “It gave me the kick start to lead me in this direction,” he said.

After he graduated, Clement visited a relative in Los Angeles and decided to look for a job and relocate to the entertainment capital. Before long, he landed an entry-level position with The Bomb Entertainment that aired the Power Rangers show on Fox Kids. He later took a position at Sony Pictures in an international marketing role that allowed him to travel worldwide.

“Getting that experience and working with people from different cultures was a real eye opener and helped me a lot in my career,” he said.

Clement, who grew up in Lancaster County, admits that he wasn’t sure how he would use his communications degree at first, but that he always had an interest in movies, music—and cars. In fact, 12 years ago—well before he worked for GM—he indulged a youthful fantasy of owning a Chevrolet Camaro IROC-Z and bid on one in an eBay auction, which he won.

Considering that he’s spent a good part of his professional life with Chevy vehicles like the Transformers’ Bumble Bee and the Silverado, he joked, “I guess it was destiny that I was going to work for General Motors.”