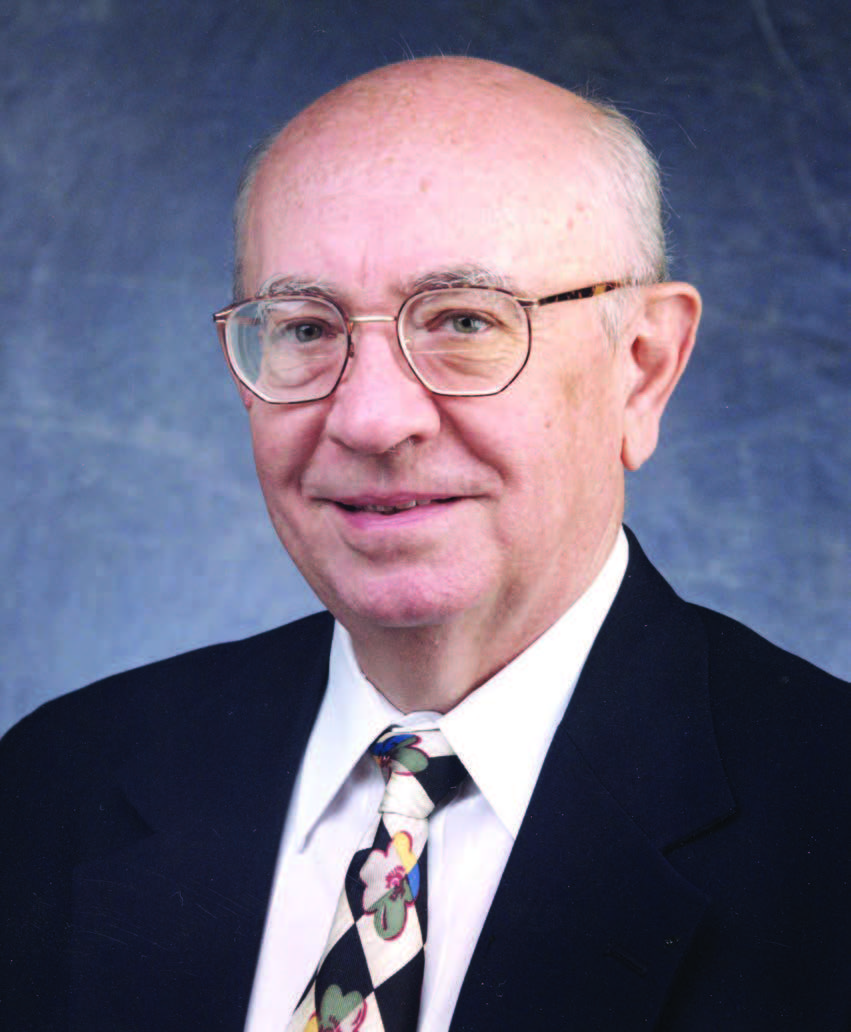 Honoring the Life and Legacy of Dr. Frank Franco

When Dr. Frank A. Franco opened his medical practice in Reading in the late 1950s, he made house calls and accepted trays of lasagna and home-grown fruits and vegetables as payment from patients who couldn’t afford medical care. This spirit of kindness was reflected throughout Dr. Franco’s life and in his generosity to many schools and nonprofits including Alvernia University.

“Frank’s pivotal place in Alvernia history is undeniable,” said Alvernia President Tom Flynn. “He made the transformational gift to build our library three decades ago in 1988 at a time when a struggling tiny college needed benefactors and community leaders to launch it toward stability. His generosity and loyalty were rooted in his passionate belief in our Franciscan mission.”

The Dr. Frank A. Franco Library was the physician’s first major gift in support of Alvernia and higher education.

“Dr. Franco often said ‘a mind is a terrible thing to waste,’” recalled Sister Mary Dolorey Osowski, who was president of Alvernia College in the late 1980s and a close friend of the doctor. “Of all his gifts, it is the library that best defines him as a person, gentleman, benefactor and son of God.”

Dr. Franco grew up in Reading, one of two sons of a barber and seamstress. He valued his own education—he attended Reading High School, Penn State University and Hahnemann Medical College (now Drexel University College of Medicine)—and believed that it opened the door to many opportunities in his life.

“That was his philosophy,” said his son David P. Franco.

“That’s why he supported education later in his life.”

Dr. Franco also supported his country: he served in the U.S. Army in the European Theater during World War II. When the war ended, his unit was assigned to the occupation of Vienna, Austria, where he met his wife Paula. The two corresponded for a year, then Paula joined him back in the states. They were married for 64 years and had two children, David and Mary Jo Roberts, three grandchildren and six great-grandchildren.

Music was another passion of Dr. Franco’s and part of the appeal of a business opportunity that brought FM radio to Berks County in the 1960s on the station WRFY which later became Y102.

“He put all the music on tape and he would basically program the radio station in the evening after his physician duties,” said his son. “Back then it was called ‘beautiful music’—mostly instrumental big band music to Sousa marches and some Viennese waltzes for my mom.”

Dr. Franco later bought another radio station in Reading which aired top 40 tunes. While he earned a modest income as a family doctor, the eventual sale of the radio stations is what gave him the means to pursue an important goal: to help others and support Catholic education.

“I think that Dr. Franco was interested in Catholic education because it is value-based and he understood the need for that type of education in today’s world,” said Sister Charlene Dalrymple who taught at Alvernia and befriended Dr. Franco when he was her mother’s physician.

Dr. Franco’s legacy will be remembered through his many gifts to Alvernia as well as his dedicated service. Appointed trustee emeritus in 1996, he served as a trustee and vice chair of the board and in 1990, he was awarded the university’s highest honor, the Franciscan Award.

Other institutions that benefited from Dr. Franco’s generosity include Penn State where he funded the lab building at the Berks Campus; Albright College; Reading Area Community College; and Berks Catholic High School where he helped to fund the auditorium. He also donated to the Reading Symphony and wildlife groups.

Dr. Franco received many honors over the years including the RACC President’s Award, an Honorary Doctorate of Humanities from Albright and The Lifetime Achievement Award from the Association of Fundraising Professionals. 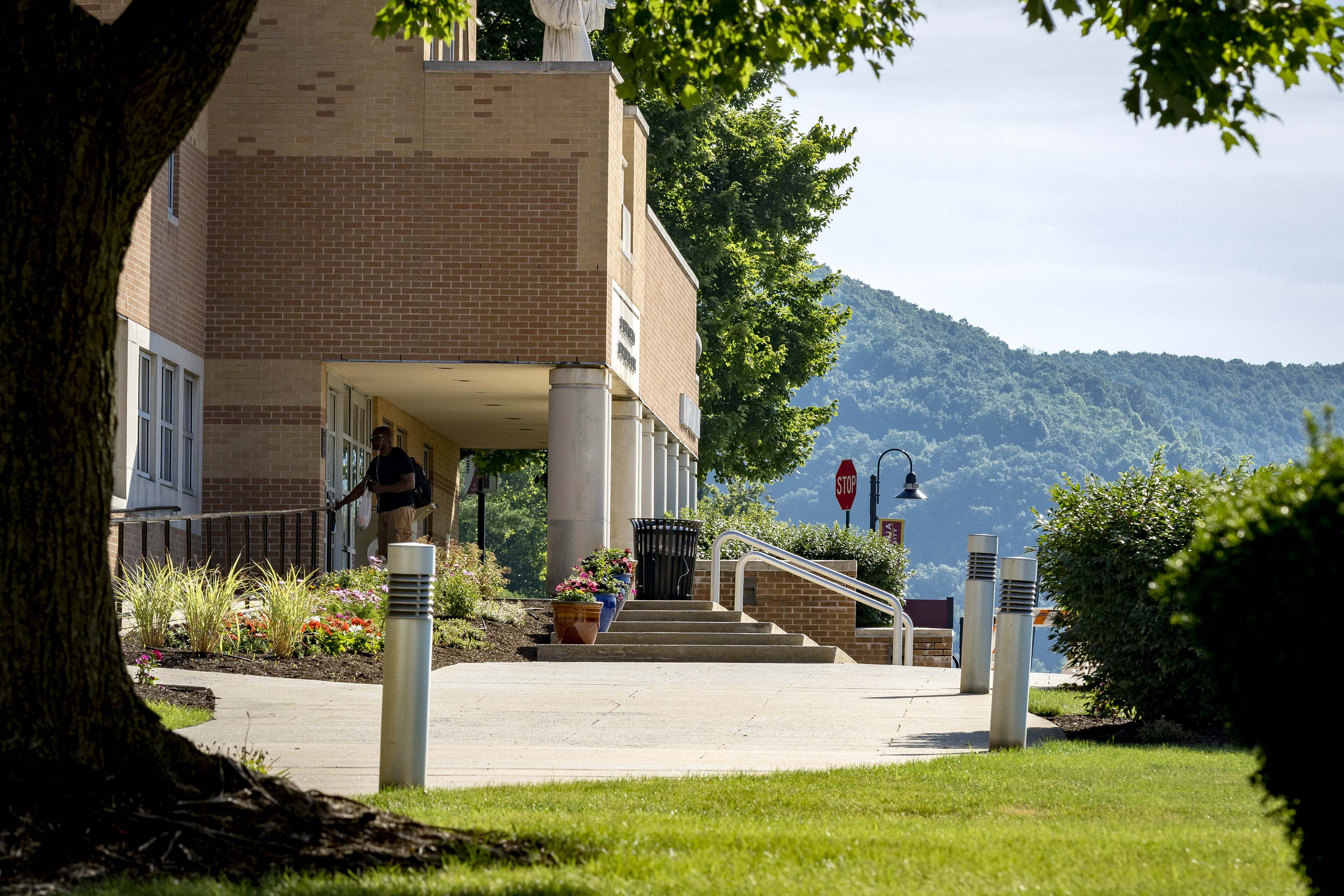 In 2010, the then-retired doctor tragically lost his grandson who suffered from a brain tumor and passed away at 26. “That was really rough on my dad and all of us,” David Franco said. “One of the last couple of gifts he made was to Penn State’s Hershey Medical Center for cancer research in honor of our son.”

Playing the piano, keeping up on current affairs, reading and attending Penn State football games (he was a season ticket holder well into his 80s), were among his many interests.

“He was a brilliant guy and a lifelong learner,” said Jeff Smith ’86 who got to know Dr. Franco well over the years as his friend and financial advisor. “He was very humble,” Smith said, adding that he did so many deeds for others but did them quietly and never wanted recognition. “He felt blessed to be in a position to help others.”

Aside from making institutional gifts, Dr. Franco was responsible for funding the education of many students in the Reading area. “If I said he put 50 people through college, it would be an understatement,” Smith said.

Over nearly three decades, Dr. Franco supported every fundraising campaign at Alvernia and made his last gift just a week before he passed away. His planned gifts will help to continue making education affordable for future students at Alvernia University.