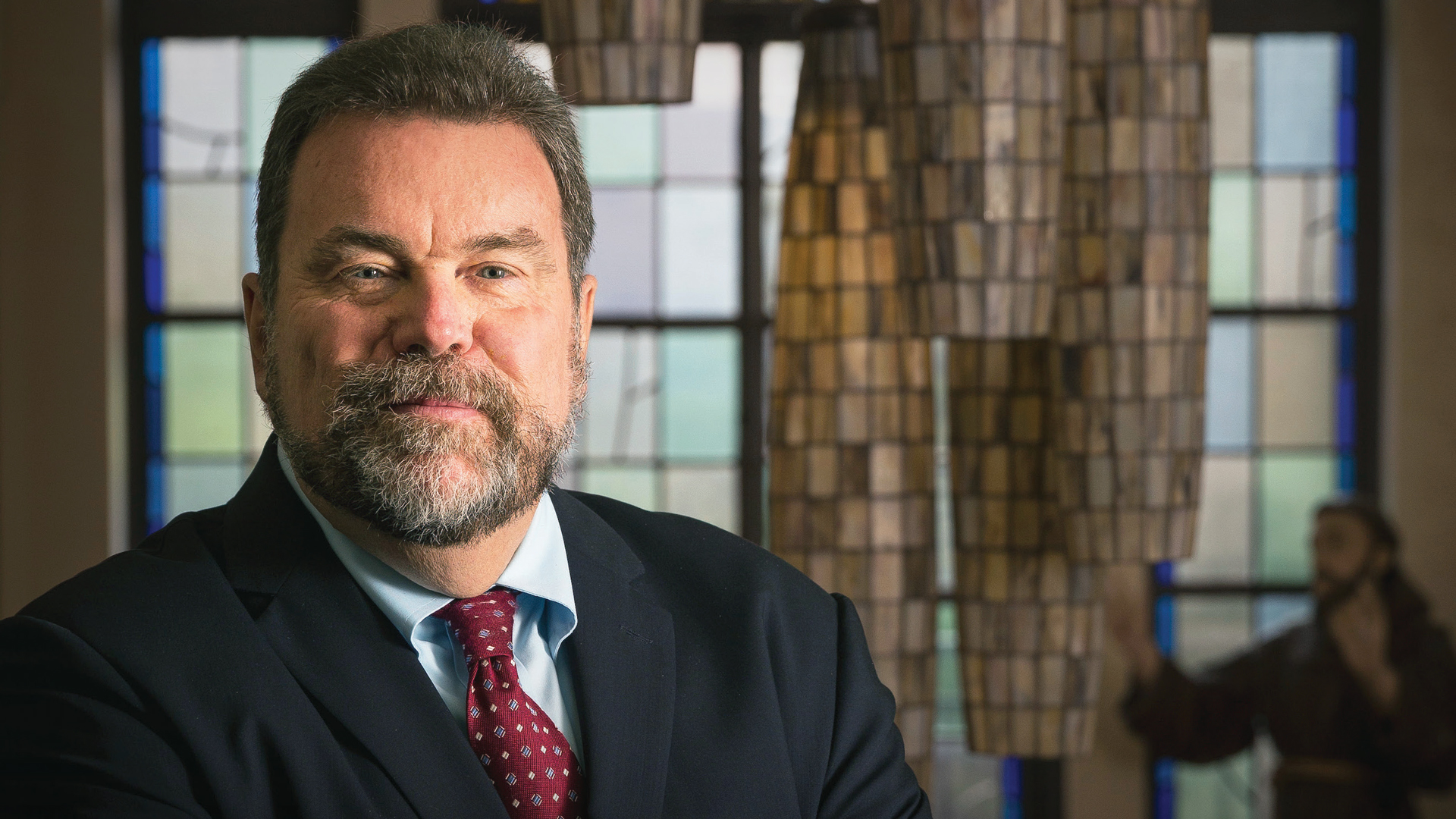 The Alvernia University board of trustees grants emeritus status for outgoing president Thomas F. Flynn following 14 years of transformational leadership. This is the first time in the university’s history that an individual in the role of president has received such a distinction.

“Tom’s vision and leadership converted this local commuter college to a thriving regional university with deep ties to the community,” said Alvernia University board of trustees Chairman and CEO of Fromm Electric Supply, Michael Fromm. “On behalf of the entire board, it gives us great pleasure to grant Tom the status of president emeritus, as he is the most transformational leader in the university’s history.”

Flynn ends his tenure as Alvernia’s president June 30, after serving as president since July 2005.

“What has fed my soul as president is the campus-wide commitment to our university’s social responsibility and the reciprocal commitment of so many in our local and nearby communities to helping Alvernia emerge and now thrive as a university held up nationally as a model for civic engagement," said Flynn.

Flynn was honored in late May when about 800 people, a blend of business and community leaders as well as faculty, staff and students gathered in downtown Reading for a gala celebrating his legacy of leadership and recognizing the transformation of Alvernia during his tenure. Funds raised through the gala, $1,877,735, will support the Reading Collegiate Scholars Program in perpetuity, doubling the number of endowed scholarships from five to 10 out of 40.

During Flynn’s tenure as president, guided by its inclusive Franciscan core values, Alvernia emerged as a national leader in community service, civic engagement and interfaith dialogue due in large part to the establishment of the O’Pake Institute for Ethics, Leadership and Public Service, the Holleran Center for Community and Global Engagement and the Reading Collegiate Scholars Program.

Among his many accomplishments is the evolution of the physical campus, with a new campus entrance; Founder's Village and the Campus Commons; upgraded facilities for teaching and learning, fine arts and athletics; and the Flynn PLEX, a 100,000 square foot Recreation, Wellness and Health Sciences Complex that opens fall 2019.