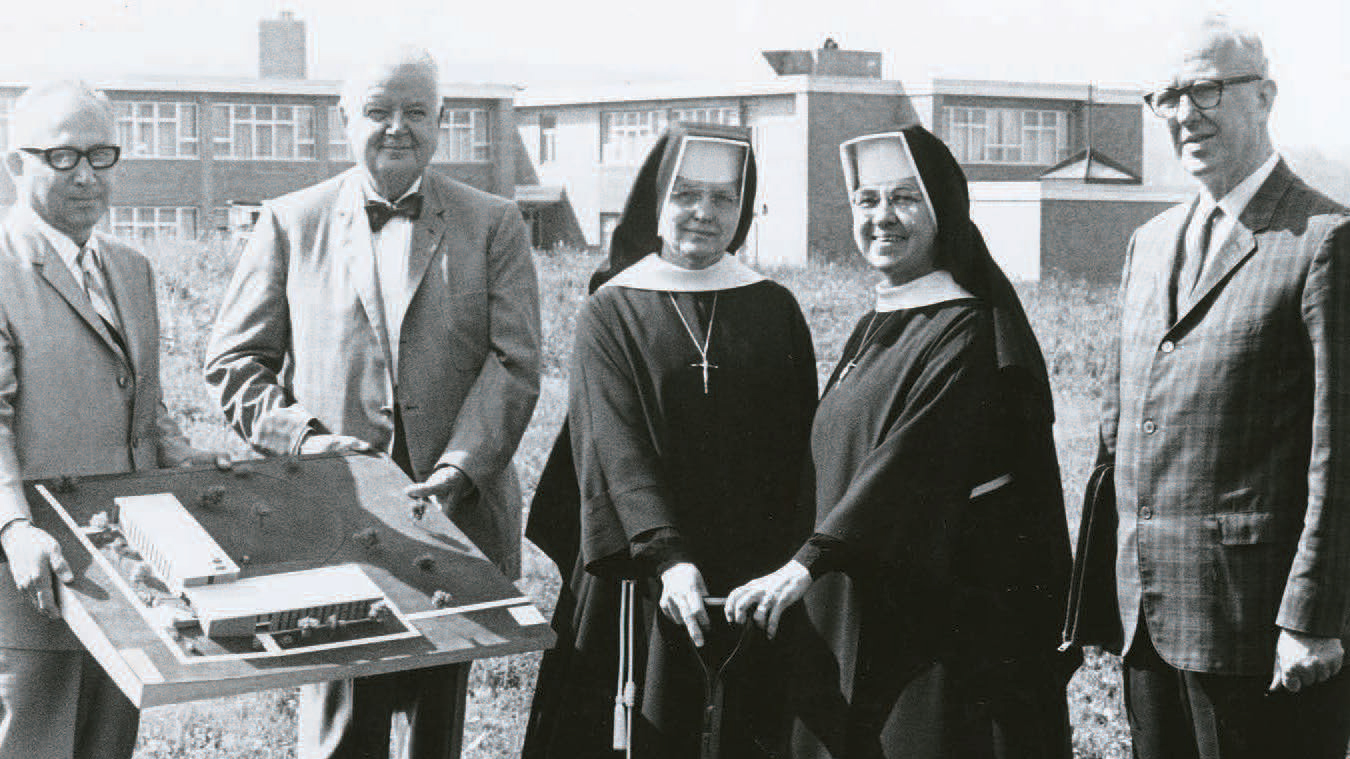 The story of how the Bernardine Franciscan Sisters of the Third Order of St. Francis came to settle in Reading, Pennsylvania, begins with an interrupted train journey that left two sisters stranded in the railroad station of an unfamiliar town.

Amid a downpour with darkness approaching, the sisters, who had left a meeting with the bishop of the Diocese of Harrisburg and were traveling back to Northumberland County where they were teachers, sought shelter at a nearby Polish Church of Saint Mary on South 12th Street in Reading.

The priest, Rev. Adalbert Malusecki, welcomed them and, after hearing their story, invited them to stay and teach the children of his parish.

“There was some storm or something, and the train stopped in Reading, and they had to spend the night,” said Sister Rose Colette Rowe, archivist for the Bernardine Franciscan Sisters. “They went to St. Mary’s parish and ended up staying there for a while.”

The 125-year journey of the Bernardine Franciscan Sisters in Reading began when, in 1894, a convent in the small village in south-central Poland received a request from a parish priest who desperately needed teachers to instruct the children of Polish immigrants who had settled in Mount Carmel, a small town located in the anthracite coal region of Pennsylvania.

Sister Veronica Grzedowska, who is considered the foundress of the Bernardine Franciscan Order in America, was assigned with three other sisters and a novice to relocate from Poland and serve as teachers.

The sisters boarded a ship and, on Oct. 16, arrived in New York City, from where they traveled to Mount Carmel to begin their teaching duties. After a year, their situation deteriorated as the sisters felt some of their assigned duties were contrary to their religous order’s “rule.”

The stranded sisters had traveled to Harrisburg to discuss their plight and were returning to Mount Carmel when the train stopped in Reading.

A century and a quarter later, the Bernardine Sisters remain headquartered in Reading, serving that community as well as others in the United States, Brazil, the Dominican Republic, Puerto Rico, Libera and Mozambique.

“It is a blessing to be immersed in the whole history of what has happened here,” said Sister Marilisa da Silva, congregational minister of the Bernardine Sisters who also serves on Alvernia University’s board of trustees.

Once settled in Reading, the Bernardine Franciscans began caring for orphans, in addition to teaching. To accommodate their growing numbers, Sister Veronica, who became known as Mother Veronica, purchased Ridgewood, an estate located three miles south of Reading. As the community flourished, space became an issue.

Soon a generous donor offered Mother Veronica a 10-acre piece of farmland near the center of Reading, and a new Motherhouse was built on what is known as Mount Alvernia.

The Order multiplied, and to accommodate the educational needs of the orphans they cared for, the sisters established a grade school, followed by a high school and finally in 1958, Alvernia College was founded as a liberal arts school.

“It has been a real journey,” said Sister Rose Colette. “We’ve seen an awful lot of changes in 125 years.”

The Bernardine Franciscan Sisters are observing their anniversary year with special services and events, with a closing Mass, presided by Bishop of the Diocese of Allentown Most Reverend Alfred A. Schlert, set for Oct. 19 at the Motherhouse in Reading.

Sister Marilisa, who will finish her second term as congregational minister in July 2021, said the Order is acutely aware of the significance of the anniversary.

“For 125 years we have been working to build relationships and promote justice,” she said. “We will observe that time by honoring the past, celebrating the present and continuing to plan for our future.”

So, while the interrupted train journey may have seemed unfortunate at the time, in retrospect, it seems it was part of God’s bigger plan for the Bernardine Franciscan Sisters and the many people who have benefited from their presence and the ministries they’ve provided.