Over 700 students graduate at spring ceremony 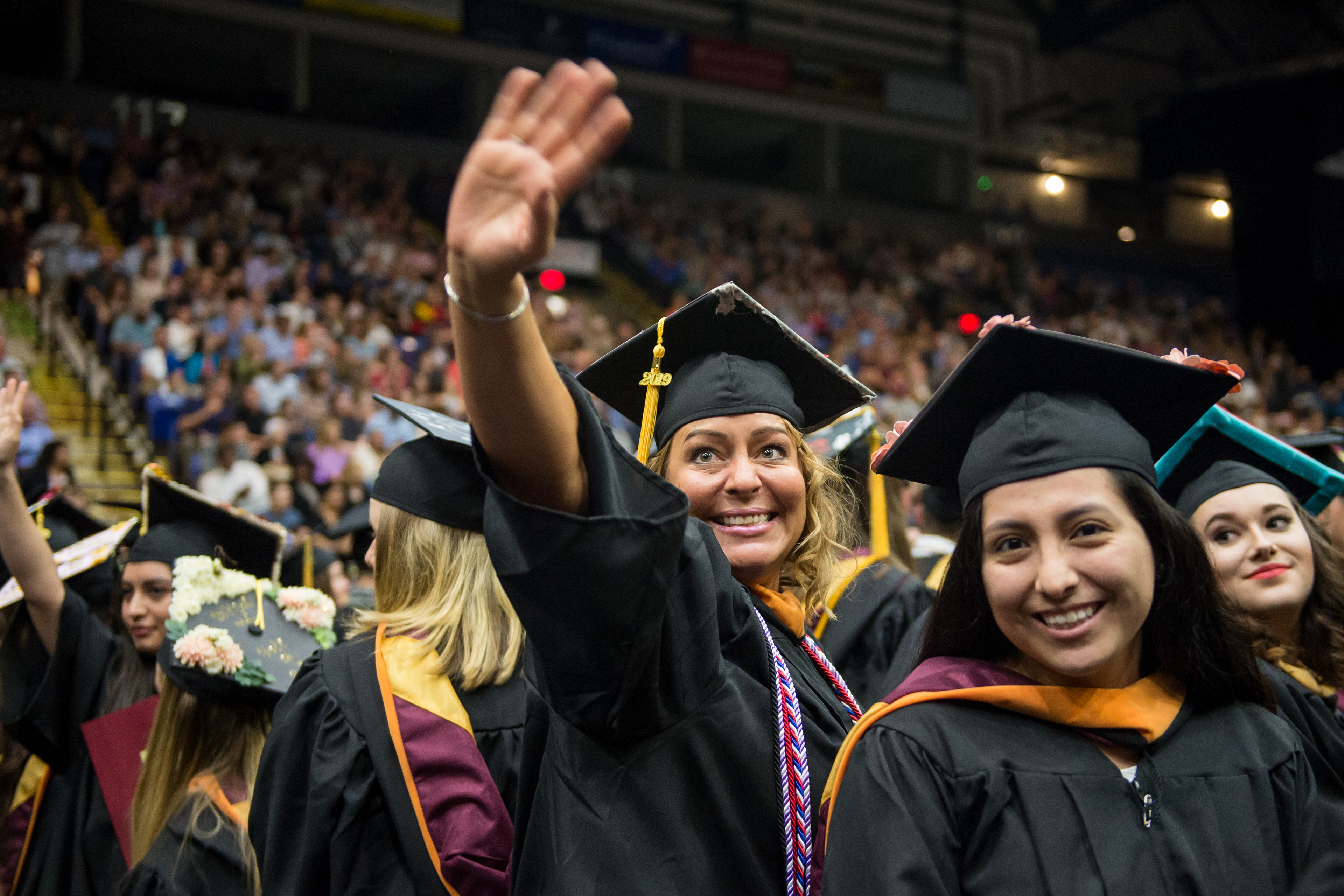 More than 700 students earned associate, bachelor’s, master’s and doctoral degrees from Alvernia in May.

For the first time, a cohort of young alumni were honored with the inaugural Four Under Forty Award for their notable career success, ongoing community service efforts and support of the advancement of Alvernia.

Benjamin Koons ’19 offered student remarks and several members of the Class of 1969 were recognized for their 50th anniversary.

Alvernia’s longest-serving president Tom Flynn delivered the commencement address. Flynn offered moments of reflection and applause for Alvernia faculty members and the supporting family members and friends in attendance. He concluded by encouraging students, as he’s done on so many occasions, to “do well and do good.”