Food & Family: a recipe for success 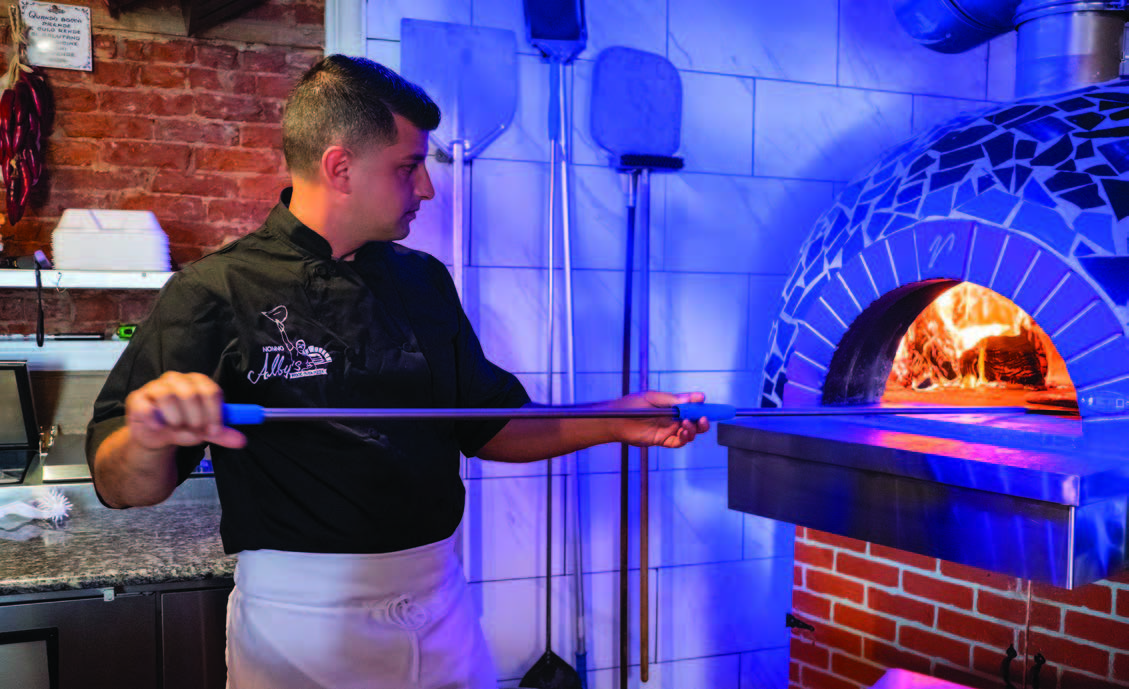 Among Massimo Grande’s most treasured memories of his childhood are the many summers he and his siblings spent in Italy with his grandparents and extended family. Perhaps most vivid of all are his recollections of the brick oven his grandfather built in his backyard and the sumptuous family feasts that made ordinary days seem like holidays in Calabria. “Being with family meant enjoying a great meal,” he said.

Food and family traditions have taken center stage throughout Grande’s life in Reading, where he was born and raised, and where his parents, Alby and Lina, have been running G.N.A. Ristorante on Penn Avenue since the mid-1970s.

“I would work there in high school and college, on the weekends and whenever I didn’t have class,” explained the Alvernia alumnus who majored in business and graduated in 2007. In college, Grande said he had a lot of mixed thoughts about his future career, but that working in the family restaurant got him “hooked. I liked the fact that you’re talking with different people every day,” he said, and giving them memorable dining experiences.

Grande’s family roots, his grandfather’s brick oven and his appreciation for the way a great meal brings people together gave him and his sister Tina the concept for the brand identity of Nonno Alby’s Handcrafted Wood Oven Pizza, the restaurant they launched together in 2014 and nicknamed for their dad, now a “nonno,” Italian for grandfather. “We wanted to incorporate pizza in a new dining experience so we decided to go artisan style,” said the entrepreneur who runs the restaurant with his wife Trisha, sister Tina and brother-in-law Raffaele Cirandine. “It’s a style of pizza that is popular in the bigger cities, like New York and Los Angeles. We felt West Reading would support the concept.”

So Nonno Alby’s officially became the neighborhood’s first wood-oven Neapolitan restaurant four years ago. It has since become a popular eatery known for its gourmet style dishes—personal pizzas, burgers and wood-oven-fired wings—that incorporate high-quality ingredients like fresh mozzarella made on site, prosciutto, sopressata and imported olives and cheeses. Grande said their concept took a little time to catch on because the community was accustomed to typical pizzeria menus—pizza slices, hoagies and cheese steaks. 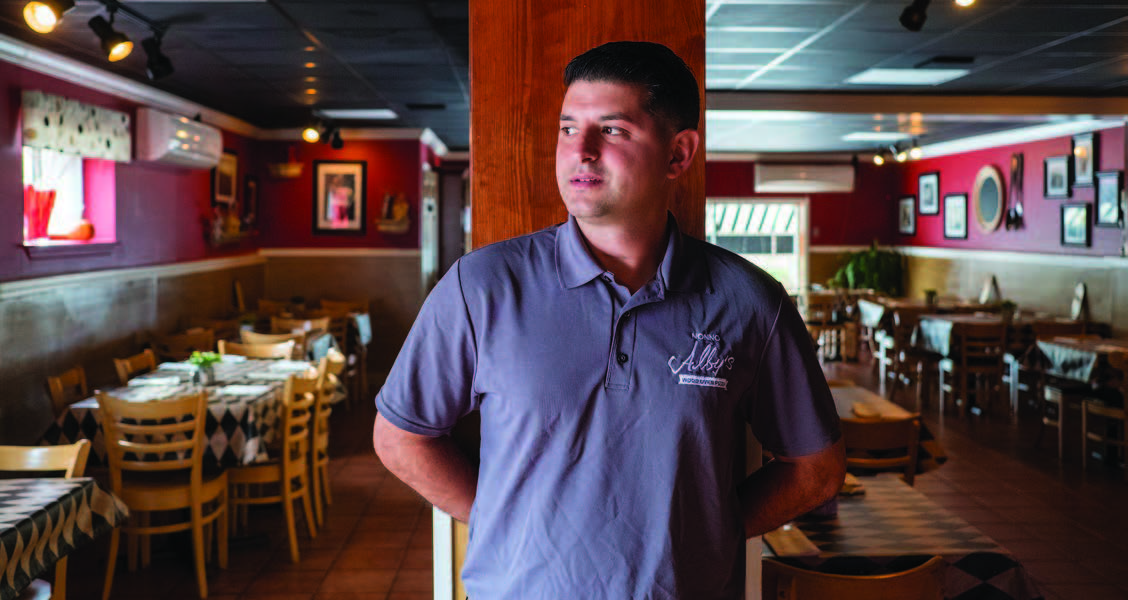 Nonno Alby’s fare has created buzz on social media and around Berks County, and has also earned several awards, including “best pizza” by Best of the Berks and the Reading Eagle and recognition in Pizza Today, the industry magazine.

“It’s been phenomenal,” Grande said about the restaurant’s success, noting that a number of regular patrons are Alvernia faculty and students. “I still see my professors,” he said. “Dr. Flynn comes in on the weekends and fills me in on things that are happening on campus. It’s always a nice treat to see him and many of my professors.”

Among these Alvernia patrons is Business Professor Travis Berger, who recruited Grande to the university when he was the men’s soccer coach.

“Mass was one of a special group of guys on Alvernia’s very successful men’s soccer team,” said Alvernia President Tom Flynn. “They were among the first student-athletes I met, and I recall traveling to support them in the playoffs. So it is really fun, over a decade later, to be a patron of Nonno Alby’s, a successful business owned by an alum, and a Flynn family favorite, bringing the best of Italy to West Reading.”

Grande remembers his soccer team as a close-knit group that successfully made it to their first-ever conference championship as seniors. Today, soccer remains an important part of his life as he trains athletes at his alma mater, Wilson High School, where he serves as head coach of men’s soccer. He also enjoys spending quality time with his family’s youngest generation—his daughters, Guiliana, 4, and Gemma, 11 months, and his sister’s children, nieces Sofia and Arianna.

He credits Alvernia for its personal approach to education and warm culture. “That’s one thing I always loved,” he said. “You weren’t just another student. Everyone knows one another and everyone has a name. My whole life has been about family and that’s what Alvernia is to me.”