What a long strange trip it's been! 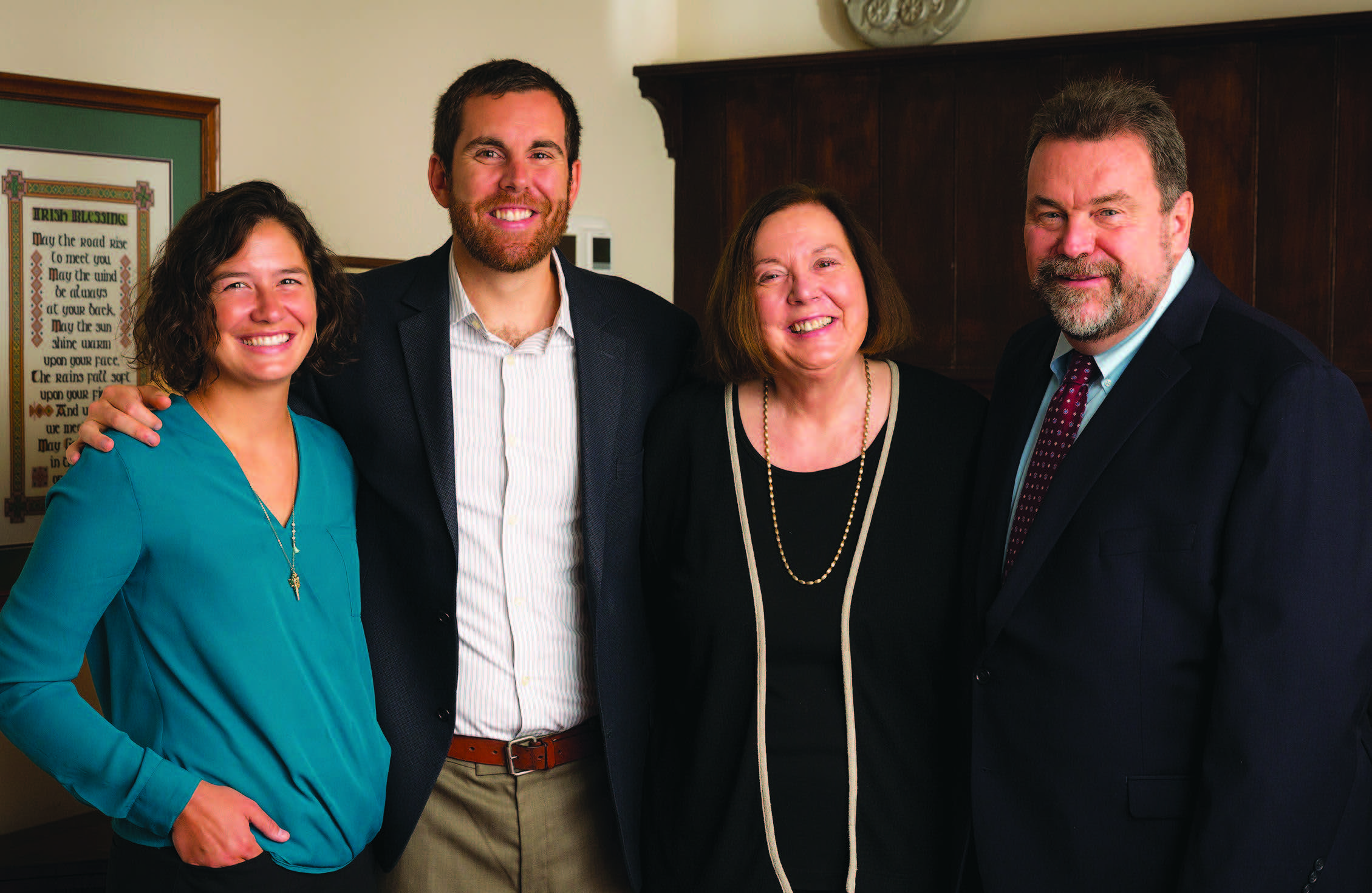 Tom Flynn and I have known each other for over 40 years and have been married for 38. Tom is a big rock-and-roll fan, so it seems appropriate to quote the Grateful Dead: “What a long, strange trip it’s been!”

Initially, we didn’t seem like a good fit. I was a small-town girl from South Dakota, brought up in a Norwegian-Lutheran culture, while Tom was a big city kid from Boston with a strong Irish-Catholic culture.

Our first meeting was academic, not social. We were both teaching assistants at the University of Michigan when a particularly determined student ended up in both of our advanced writing courses in the same semester. I cold-called Tom and set up a meeting to discuss the student. We met at a local pizza joint, had an interesting conversation about our student and filed each other away for future reference.

Fast forward to the end of the semester, when Tom casually asked if I’d like to have a drink. I accepted, and we ended up getting drinks, eating dinner and dancing in the rooftop lounge of the tallest building in Ann Arbor— seven whole stories. We discovered that each of us actually went to church (neither of us had met any other graduate student who did so), and Tom found out that I not only liked to drink scotch but could actually hold it too.

Our relationship progressed rapidly after that, and a year later we were talking marriage. Luckily for me, Tom didn’t renege after learning that we would be married at a Lutheran church in South Dakota and that my family traditionally had the reception in the church basement with no alcohol or dancing. Compromises were struck, and we ended up marrying on July 12, 1980, with Tom’s uncle Joe, a Jesuit priest, presiding in my Lutheran church with the reception at a hotel with dancing and some beer and wine discreetly situated in an adjoining room.

Our first home was in Gettysburg, Pennsylvania, and like most newlyweds, we had some rough times. Right away, Tom’s lovely, youthful mother had her third recurrence of breast cancer and died two years later. As he was coping with his mother’s illness, Tom, who had taken his first job at Mount Saint Mary’s with an incomplete dissertation, was told by his advisors that he needed to rewrite most of it. He developed a massive writer’s block and struggled all summer to make progress. I remember how painful that summer was, how much I admired Tom’s perseverance, and how much he valued my feedback and editing. It took another year, but he ended up with a fine dissertation and a triumphant defense.

A few years later we had our wonderful son, Daniel, and Tom was immediately a loving and involved father. My job allowed me to work just three days a week, but on those days, I left the house at 5:30 a.m. So Tom was responsible for getting Daniel up, dressed, and fed and dropping him off at the babysitter’s. For a guy with no siblings or cousins who had seldom been around babies and young children, he did remarkably well!

During this time, one of our significant differences emerged. Tom was a planner, while I preferred spontaneity and hated committing to plans more than a few days in advance. When our son’s activities and Tom’s increasingly demanding schedule as a dean intensified, I initially resisted his attempts to pin down some dates far in advance. But gradually, I saw the wisdom of his approach. Otherwise, we would not have had much of a family life nor would Tom have made it to nearly every activity in Daniel’s childhood.

Tom has always been supportive of my career. When he accepted a job as provost at Millikin University in Decatur, Illinois, I went back to school to get a master’s in library science. Five years later when Tom became president of Millikin, I was working full-time, which I continued to do as director of Mifflin Community Library when he became president of Alvernia. I have always appreciated Tom’s insistence that I not be a traditional college president’s spouse. This has allowed me to view the time I spend fulfilling my spouse’s role as a voluntary, pleasurable contribution to the university rather than an obligation.

Coming to Alvernia has been a great blessing for both of us. I felt strongly that Tom needed to get back into Catholic higher education, where his passion lay. And the Alvernia and Reading communities—especially the Bernardine Franciscan Sisters—have been incredibly welcoming to us. After we had been in Reading for a year, we realized we felt more at home here than we had after 10 years in Decatur—and we had been happy in Decatur. Thus, deciding to stay in Reading after Tom’s presidency was easy. We’ll enjoy continuing to see the many friends we’ve made, and we’ll always cheer on the Golden Wolves!

I’m tremendously proud of what Tom and the Alvernia community have accomplished during his presidency, with a special place in my heart for the Reading Collegiate Scholars Program. But I’m even prouder of Tom’s growth as a principled leader and a kind, considerate and compassionate person who makes deep, lifelong friendships. The Bernardine Sisters say that Tom has a Jesuit mind and a Franciscan heart. I can’t imagine a better combination.