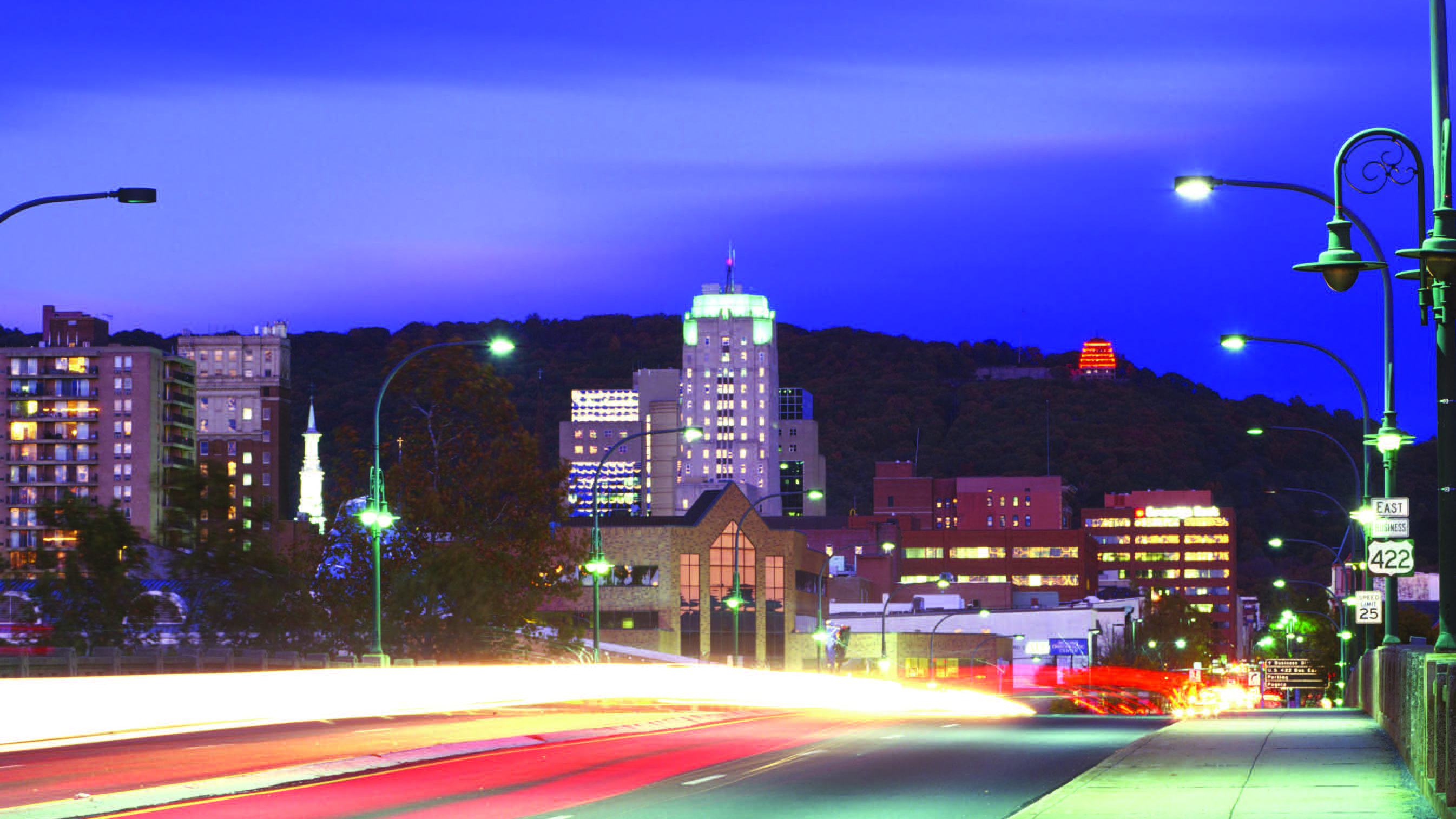 At the end of June, Tom Flynn will step down after 14 years as president of Alvernia University, completing the longest tenure of any Alvernia president. His impact has been far-reaching, extending beyond the Alvernia campus and spreading widely throughout Reading and Berks County. Here, several community leaders recall what he has meant to them and to the region.

Khalid Mumin met Tom Flynn when Mumin was interviewing to become superintendent of the Reading School District, a position he has held since 2014. They have collaborated on several projects, including the Reading Collegiate Scholars Program, which covers full tuition at Alvernia for top high-school graduates from a school district where nearly all students qualify for free or reduced-price lunches.

“Tom is golden. For me personally, he’s a confidant because he’s been around and understands the landscape here in Reading. I’m able to speak with him about anything.

“He gets it. What the ‘it’ is, is he gets it that his job is all about students being able to achieve success upon graduation. He was one of the first partners in my ear pledging his support for the Reading School District. It’s all about ensuring that they have access to success, so they can put their fingerprints in the sand of this thing we call society.

“There’s no smoke and mirrors with Tom. He’s not one to gloat in the limelight and pound his chest. He is just a great man, all the way around—a dignified, humble, down-to earth person. I trust him, and he’s my friend.”

A couple of years ago, Ginny and her husband, Terry, were driving home after a trip to Baltimore to see the Army-Navy football game. Army won, after 14 straight years of losses, and Terry, a West Point grad, was thrilled. On the drive home, Ginny got an email from Tom Flynn, telling her to tell Terry how happy he was for him.

“I was on the inauguration committee for Tom Flynn. I was there to represent the community. He wanted to have community be there at his inauguration. I think that’s a telling thing right there—that there was outreach immediately.

“Tom truly opened up Alvernia’s front door to the community. There were children in the 6th grade who had no idea what a college was. He would bring them on campus. They would meet someone from the Reading Symphony. Or a soccer player. Or go trick-or-treating in the dormitory. Those kinds of things happened under Tom’s watch.

“The campus is just sparkling, and you can feel that sparkle with the people. He brought hope that education is within people’s reach.”

As president and CEO of the Reading Eagle Company Peter Barbey heads up a news operation whose origin story starts in the last years of the 18th century. The Reading Eagle’s roots in the community, in other words, run deep, as does Barbey’s appreciation for what Tom Flynn has meant to it.

“A lot of Tom’s success is based on his personality and his ability to use it to get a good result. That in and of itself is a tough act to follow. It’s not a template kind of job description. He has built Alvernia not just into a modern university, but also as an element in the community where it resides.”

After nearly 30 years with the United Way of Berks County—including the last nine as president—Tammy White understands the value of strong leadership in addressing the challenges the region faces.

“Tom Flynn has always been one of those leaders you could count on,” she says. “When you meet Tom, you don’t forget him. He has this great presence. He has this great voice. When he talks, you can’t help but listen because he has such command.

“Tom has embraced the community and recognized that Alvernia had a role—and I would even say a calling—to support the community. I think he always looked at how Alvernia could be a strong community citizen. Nothing is too big or too little for Alvernia to consider. Tom looks at challenges from the perspective of, what can Alvernia do to make this better? He’s a collaborator. He wants to understand how Alvernia can add value.

“Tom has been a visionary. He has brought that vision to life. And he brings the community along with that vision. He will be missed.”

Mike Ehlerman is the retired president of Reading-based Yuasa Battery and is the current chairman of the Berks County Convention Center Authority. Ehlerman is a past board chair of Alvernia, and he and his wife are generous donors.

“I always had a soft spot for the college,” he says. “Tom has always spent a great deal of his time with the outside community. I think that community engagement has had a lot to do with the general success and acceptance of Alvernia University today.

“Tom’s a hard worker. He’s dedicated. He is very strong in favor of the Franciscan values. He has a mind that’s always searching, looking for a way to grow and to do things better. And he gives of his time very profusely. When you find someone who has fire in his gut and is doing everything he can to grow an institution, you look up to him and you try to support him.

“He’s just a dynamo. You don’t find many people who have the intellect and desire that this man has.”

Mary Agnew met Tom Flynn about six years ago, when she started working at Reading Hospital and Tom was on the board of directors. She found him to be welcoming, supportive, and passionate in his concern for people.

“We clicked immediately,” she says, “because he is at heart a nurse.” Alvernia’s three nursing programs—at the bachelor’s, master’s, and doctoral levels—help meet the demand for quality nurses.

“Tom is a great big bear of a man. Incredibly welcoming. So eloquent. A very deep thinker. He’s a kindred spirit and a true friend of nursing. He understands our profession and has been a shameless promoter. And he has lived his whole life as someone who has championed social justice. He has lived the values of Alvernia University every day.

“Tom just really had a vision. He saw what Alvernia could be. He breathed life into it. He crystallized it. He brought it to the forefront of everyone’s attention. Alvernia has become an anchor institution under Tom’s direction and guidance and tender loving care.”

Alvernia has a strong relationship with Caron Treatment Centers, which help those seeking to overcome drug and alcohol addictions. Undergraduate and graduate programs prepare students for careers with Caron (and other addiction treatment organizations), and the university’s Collegiate Recovery House supports Alvernia students in recovery.

“Tom’s ability to intuitively know the right thing to do has resonated with all of those who are part of the greater Alvernia family. That’s really a remarkable gift. He has excelled not only at running Alvernia, but at using Alvernia as a catalyst and vehicle for meeting other community needs.