A journey toward the good life 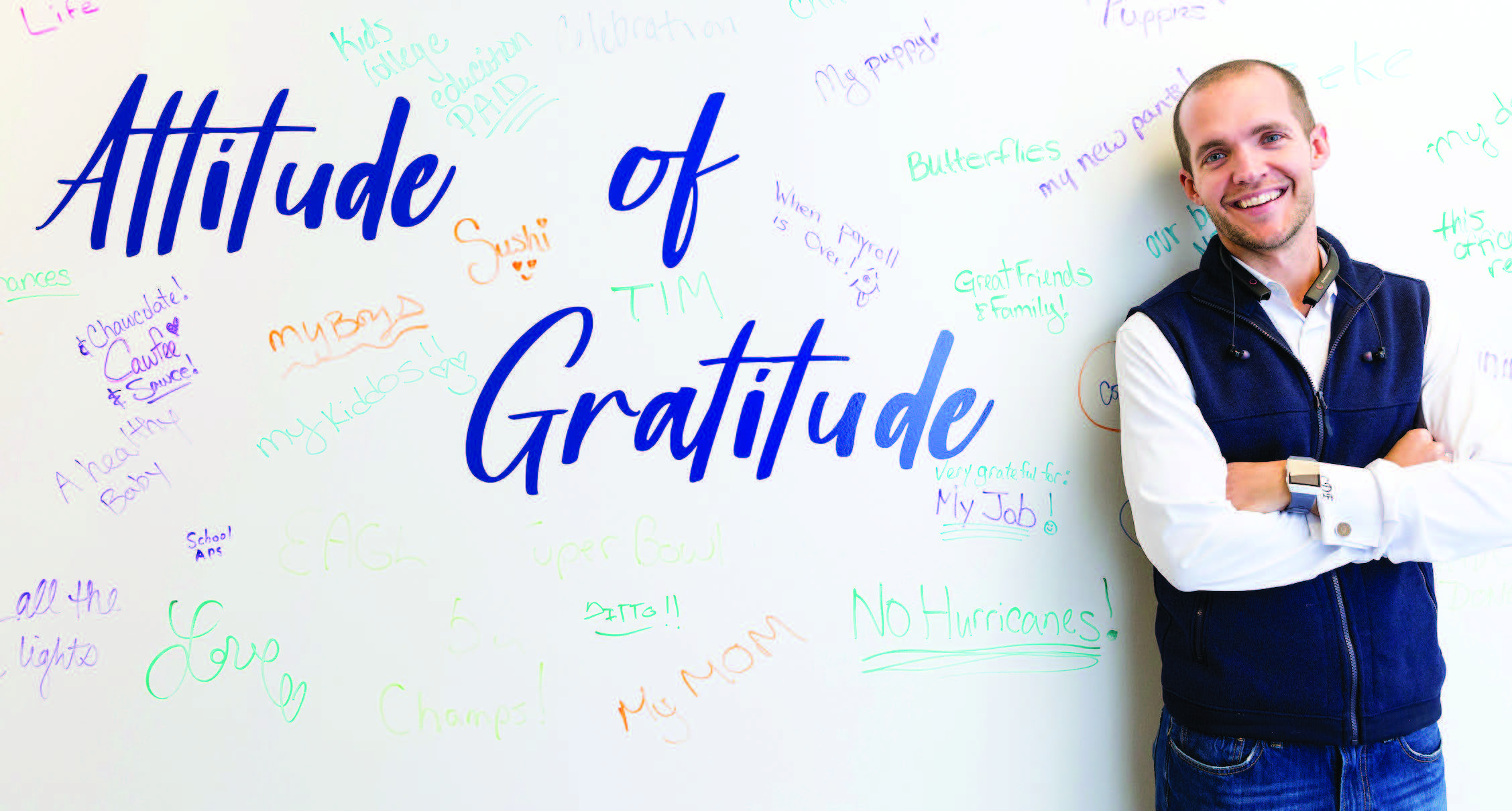 Just a few days after celebrating his high school graduation, Conor Delaney’s life took a sharp and unexpected turn: his father passed away suddenly at age 52, leaving behind a wife and three college-bound children.

At the time, Delaney ’07 couldn’t have foreseen the many ways in which this tragedy would redirect his future—from choosing the college where he met his wife Liz to pursuing a career as a financial advisor to building an organization that today has offices in 42 states and manages $4 billion in assets.

“You don’t get bigger opportunities than what we’ve been blessed with,” Conor said. “But it’s all come out of a tragedy. It’s not about whether people are going to have adversity, it’s about what you do with that.”

Liz Delaney ’07 remembers meeting Conor during their freshman year at Alvernia when the two were talking on their phones with their moms in Clare Hall. They became fast friends, quickly realizing how much they shared in common. Both were born and raised in New Jersey and both are dedicated athletes—she played soccer and lacrosse and he played basketball and ice hockey. They also come from similar backgrounds.

“Our parents were blue-collar workers,” Conor said. “Liz and I worked hard to get through school and through life, and we’ve taken care of each other from the time we were 18.”

Conor’s parents—teachers who were married for 32 years—were loving and hardworking, but always struggled to make ends meet. After losing his dad, Conor had to grow up quickly and handle his family’s financial affairs, one of the reasons his advisor at Alvernia, Associate Professor of Business Scott Ballantyne, suggested that he consider a career in financial services. Conor took his advice and landed a job in the field during the summer after his freshman year. For the next three years, he juggled work, night classes and hockey practice, and obtained his securities registrations and insurance licenses. He also started dating the girl he said “brings sunshine” into his life.

Recruited to Alvernia to play soccer, Liz majored in education and math, and later taught at a local preschool and charter school. The couple settled down in Reading and has welcomed three children—Blake, 6, Rhys, 4, and Elena, 2.

Since 2012, Conor has served as CEO of Good Life Advisors, a company he formed with his trusted colleague and friend Courtnie Nein. Its mission is to meet the needs of the working class—people like Conor’s parents, who he says could have achieved greater stability with sound financial planning advice.

“We want to be the champions for middle-class American investors and the advisors who serve them,” Conor said. “We created a model that puts service first.”

The organization is deeply rooted in its local community, employing several Alvernia alumni and training student interns. Neighborhood nonprofits such as Habitat for Humanity, United Way and local church groups are invited to use the community center for free and, for affordable prices, local residents can work out in the fitness center and enjoy healthy fare at the café.

“Conor is one of our most impressive young alumni. He is a creative and savvy entrepreneur who epitomizes the Franciscan call to ‘do well and do good,’” said Alvernia President Tom Flynn.

Conor attributes his approach to work, parenting and life in general to what he learned from his first role model. “As a teacher, my dad touched so many lives. He had a community that respected him and he was always there for me.”

Not only do Conor and Liz share the same values and work ethic, they are equally committed to maintaining a healthy and active lifestyle, and have been running marathons together around the world.

While Liz manages their household and home-schools the children, Conor spends a good deal of his work weeks traveling around the country to meet with advisors, run training programs and implement new strategies and technologies for the company. He and Liz are also exploring some new side business ventures.

Conor credits his wife—who he may never have met had he not attended Alvernia— for being his inspiration. “God’s got a weird way of setting things up. You suffer a gigantic loss, but then in walks the person you’re going to spend the rest of your life with, and it saves you.”