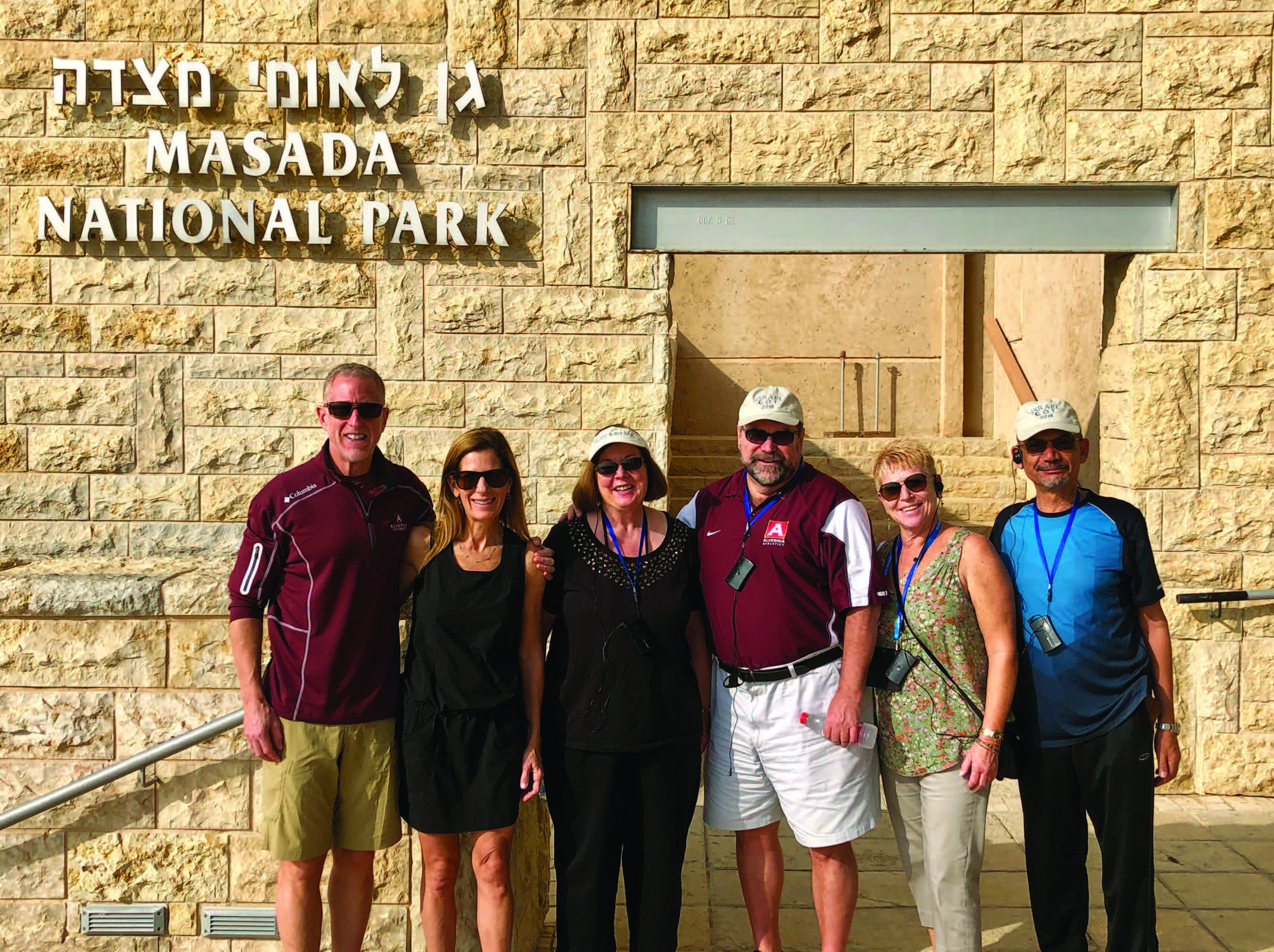 In a society where division is starkly apparent, Alvernia University emerged during President Tom Flynn’s tenure as a national model for creating an inclusive community.

Racial diversity among students and staff has noticeably increased. Interfaith activities are held regularly on campus, and students, staff and faculty can participate in a weekly interfaith circle or join an interfaith hike retreat.

The board of trustees includes members of various faiths and is staunchly committed to fostering interfaith work and activities. Student participation in study abroad and alternative break programs has increased significantly.

Two endowed centers, the Holleran Center for Community and Global Engagement and the O’Pake Institute for Ethics, Leadership and Public Service were founded and have grown since Flynn’s 2006 inauguration. The centers, which jointly sponsor the Reading Collegiate Scholars Program, actively promote the university’s mission and Franciscan values.

To better reflect those values and mission, a 22-member task force representing all aspects of the campus community recently chose a new Franciscan nickname for the university – the Golden Wolves.

And, in August, the university released a Statement of Commitment to Civil Dialogue and Freedom of Expression, outlining guiding principles to serve as an ongoing guide regarding the importance of respect, open dialogue and free exchange of ideas.

While these initiatives and endeavors included the efforts of many, much of the credit is directly attributed to Flynn, who will step down in June after 14 years as university president.

“Dr. Flynn has been a healing force in our community through his deep desire to see diverse groups of people grow in relationship with one another,” said Michael Kaucher, executive director of the Reading Berks Council of Churches. “He has done this by creating space for people to meet and interact without sacrificing the core beliefs of each individual.”

Rabbi Brian Michelson of Reform Congregation Oheb Shalom and Elsayed Elmarzouky, president of the Islamic Center of Reading, have participated in “A Common Heart,” an interfaith event held at Alvernia that includes members of the Jewish, Muslim and Christian faiths, for the 10 years it has been offered.

The program, originally initiated by Father Philip F. Rodgers and members of St. Benedict Catholic Church in Robeson Township, has been an important community event since its start, explained Elmarzouky, who also serves as a member of the Alvernia board of trustees.

“Many people come every year for interfaith discussion and fellowship,” Elmarzouky said. “Dr. Flynn was very quick to offer the venue and space to accommodate the program.”

Flynn’s commitment to bringing people of varying faiths together is unshakeable, said Michelson.

“From the moment Dr. Flynn arrived, he reached out to the Jewish community,” Michelson said. “And he also included the Muslim community. He’s been a force in saying that we should work together.”

Flynn, Michelson and Elmarzouky were recently among a group participating in an interfaith pilgrimage to Israel, sponsored by the Jewish Federation of Reading/Berks.

Federation President William D. Franklin said Flynn’s participation in the trip is just one of the ways he demonstrates leadership through his actions.

“He leads by actions, not just by words,” Franklin said. “He believes it is always important to consider perspectives that are different from your own.”

While Flynn’s interfaith work involving the Reading/ Berks community is notable, his efforts to promote inclusivity and diversity have also profoundly affected the Alvernia community.

Julianne Wallace, assistant to the president for mission and director of campus ministry, said Flynn has led by example to bring those on campus together.

“I think Dr. Flynn approaches his entire life in a way that seeks to find common ground,” Wallace said. “And, he’s set that example for all of us by encouraging us to find our common ground together.”

“Dr. Flynn makes it clear that interfaith is a priority for him, and others follow that belief,” Wallace said.

According to Wanda Copeland, Alvernia’s director of multicultural engagement, Flynn’s commitment to inclusivity is seen throughout campus.

As racial diversity among students and staff has increased, so has the flow of ideas generated by that diversity.

“People of different races and backgrounds bring different ideas and experiences to the table,” explained Copeland. “That creates diversity of thought, which allows us all to broaden our perspectives. Dr. Flynn’s been very supportive in moving us toward a more inclusive environment.”

Dr. Beth K. Roth, dean of the College of Arts and Sciences and special assistant to the president for inclusive excellence, worked closely with Flynn to help craft the Commitment to Civil Dialogue and Freedom of Expression.

Flynn, according to Roth, is an outspoken proponent of civil discourse and intends for the commitment statement to provide a framework for teaching students and others how to respectfully consider viewpoints that are different from their own, while also empowering them to express their own values and opinions.

“In past years, higher education has come under scrutiny for how it handles sensitive situations,” Roth said. “I think Dr. Flynn wanted to be sure Alvernia had these policies in place so we’d have a plan for that.”

In short, Elmarzouky said, Flynn’s legacy will be one of welcome and inclusion.

“He changed Alvernia’s image to that of an inclusive Catholic university that welcomes anyone and everyone who’s willing to be part of its inclusiveness,” Elmarzouky said. “It’s truly a welcoming place of education and community.”