Making it in Manhattan: Gabriella Valenti 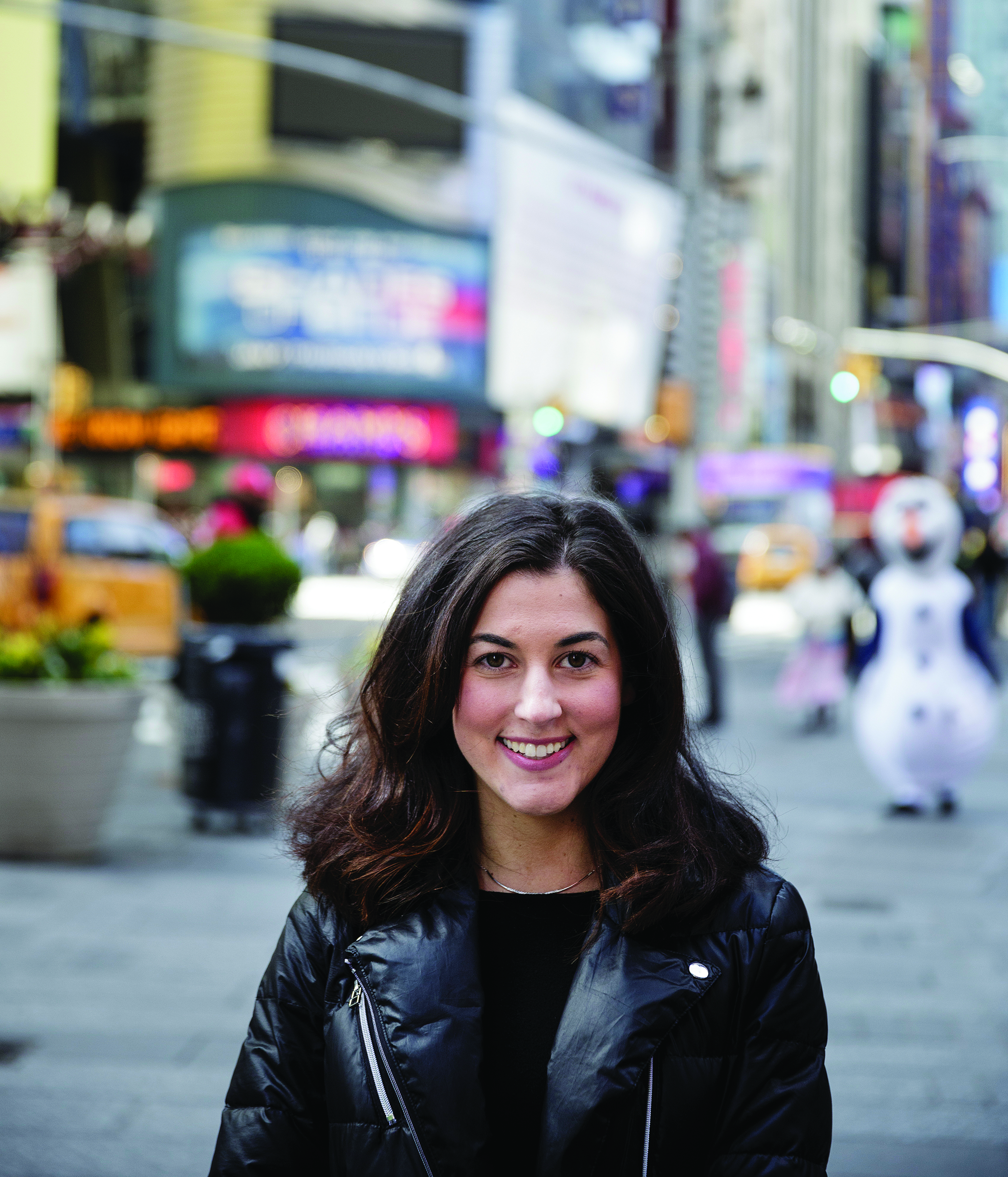 Making it in Manhattan: Gabriella Valenti

It’s 4:30 a.m., and Gabriella Valenti ’15 is already at the Fox News studio in New York, gearing up for her role in the early morning startup of two network television shows: “Mornings with Maria” and “Varney & Co.”

She begins by setting up a show rundown list for the producers. Then it’s on to organizing guest research packets and other background for high-profile anchors like Maria Bartiromo and Stuart Varney — as well as for a constant influx of various Fox News contributors. All this while staying in continuous contact with the producers.

As others begin to arrive, she greets and escorts show guests to hair and makeup before they go on air. And with fresh scripts and new guests cycling into the show each hour, the job never really slows down. But that’s exactly what she likes about network television.

A communication major at Alvernia with a focus in journalism and a minor in English, Valenti had her eye on Fox News long before her initial interview last fall. But popular entry-level positions can be hard to come by, and even harder to land. It took Valenti months after graduation to go through the application and interview process, but she finally won a spot and began working at the New York City location of Fox News in December 2015.

“I have always been an avid viewer of Fox News and have such an admiration for the people on that network,” she said. “When this amazing opportunity arose, there was no way I could pass it up.”

Though Valenti came to Alvernia as an education major, she harbored a love for the communication field, and made the switch after discovering a passion for working on television. Immediately, her attention turned to Fox News — one of the country’s top major news television networks, currently broadcasted into 94.7 million American homes. And the station’s high-pressure, sometimes even controversial environment was more of a challenge to Valenti than a deterrent.

“I always knew working in TV was where I wanted to be — and I seem to thrive in fast-paced environments, which is exactly what I got into,” explains Valenti.

As she runs from one task to another, and mingles with producers, anchors and guest speakers, Valenti gains firsthand knowledge the ins and outs of all television networks. She is motivated to learn new things and soak up the full experience. And that helps her to feel a sense of pride when the shows end, knowing that she was able to help things run smoothly from start to finish.

Though Valenti says she has acquired many new skills on the job, it’s always humbling to recognize that there is more to learn. So she’s grateful for opportunities to grow both professionally and personally at Fox News — opportunities that have made her dedication to the network, and her vision for the future, even stronger.

“Working in a national news environment was something I wanted to see for myself years down the road after experience elsewhere,” she explained. “So to have the opportunity to start in this network, and being able to continue to work my way up, is everything I hoped for myself!”

Valenti would like to remain at Fox News and advance though the company. While she is constantly striving to gain more experience in the ever-changing national news environment, her role has opened up new interests in producing and booking as well.

And although she has big dreams for the future, Valenti is mostly enjoying living in the moment and taking small bites out of the Big Apple. “Right now, my main goal is to continue working hard in my position and see where it takes me,” she explained.

Getting up before the sun might not sound particularly pleasant to others, but if Valenti is taking her cues from people working on “Mornings with Maria,” the show’s anchor Maria Bartiromo makes it clear that in order to be successful, “there really is no substitute for hard work.”

“Don’t ever, ever, believe anyone who tells you that you can just get by, by doing the easiest thing possible,” says Bartiromo. “Because there’s always somebody behind you who really wants to do what you’re doing. And they’re going to work harder than you if you’re not working hard.”