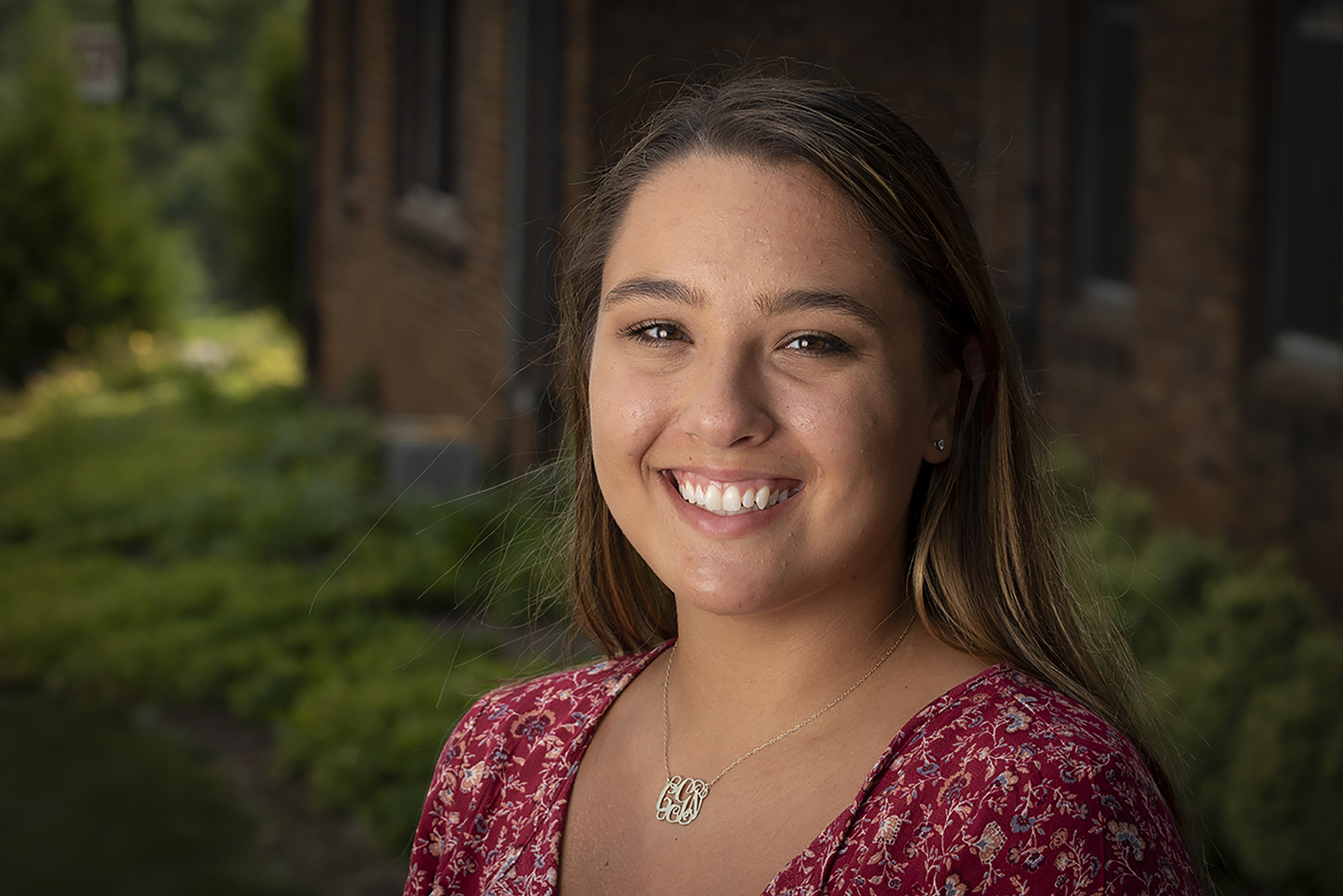 Student touts the benefits of getting involved

Occupational therapy student Chloe Gletow's passion for embracing experiential learning has led to leadership roles on campus and sets a positive example for her peers. Gletow decided early during her collegiate experience that she wanted to be more active in college. To date, she has been on five alternative break service trips and even served as a trip leader, helped local elementary students learn to read, and is active in clubs, honor societies and student government.

"I don't feel like I got involved enough in high school. So, my goal in college was to experience everything, and just try it," said Gletow.

As a resident assistant and Office of Residence Life work-study student, Gletow shares her experiences with her first-year residents, encouraging them to join clubs and attend campus events. "I tell them that if they're bored, then they aren't doing enough."

Now in the final year of her five-year Occupational therapy program, Gletow said she is attempting to reduce her non-academic responsibilities to focus more on academics. "Now my friends are joining clubs I used to be involved in, and it's catching on. I'm tempted to join anyway because I want to do those activities with them," Gletow quipped.