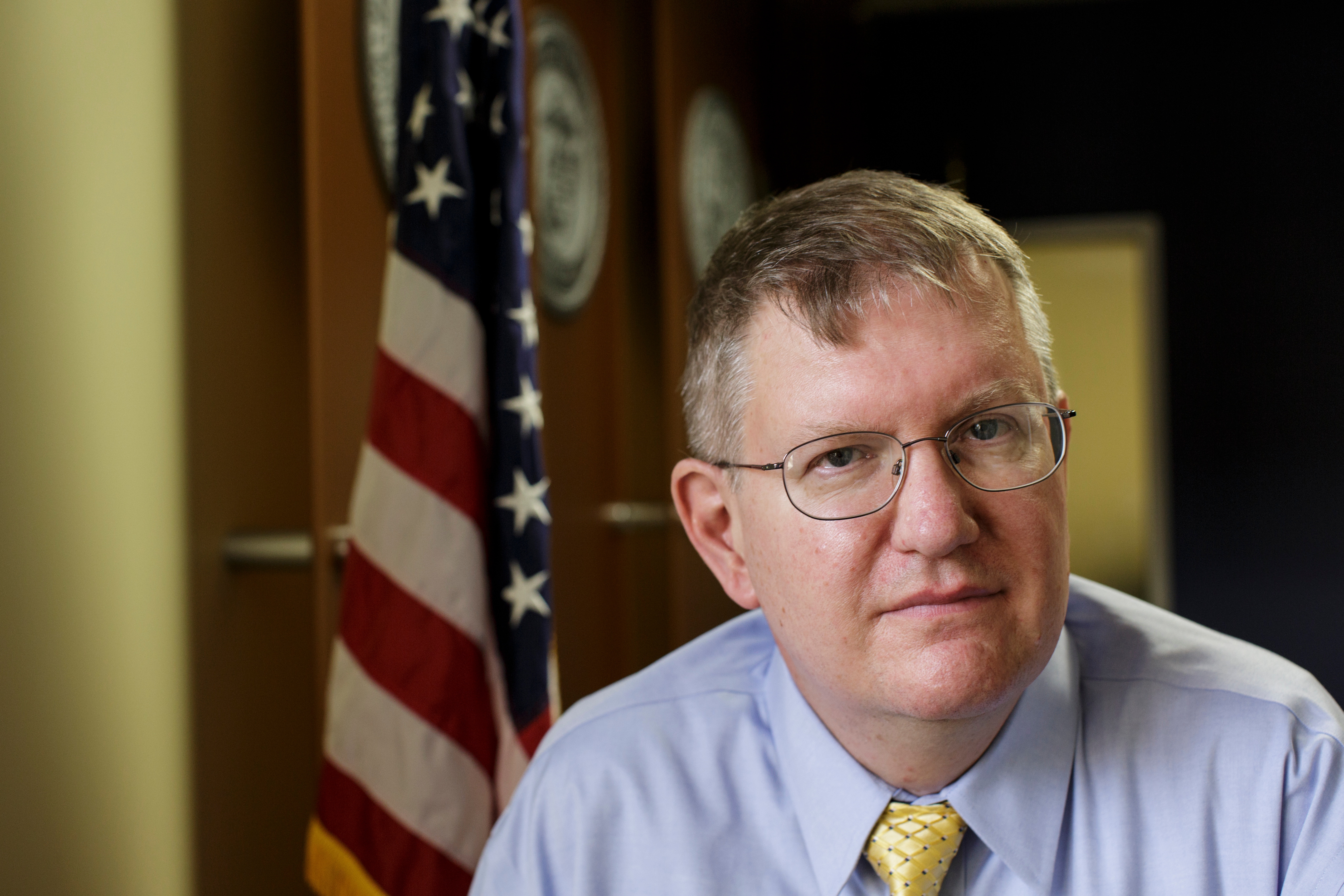 The following is an excerpt from the Winter 2015 issue of the Alvernia Magazine. Dr. Curt Stevens recently completed his Ph.D. in Leadership at Alvernia and participated in the May 2019 commencement ceremony. The Veterans Center will be celebrating its fifth anniversary in Fall 2019.

Under the sea, pressure kills. Last summer a steel-hulled robotic diving drone imploded, compressed by hydrostatic pressure estimated at 16,000 pounds per square inch, bursting the vehicle at the seams.

Submarine commanders face a different kind of underwater pressure. But it can be no less lethal.

Curt Stevens knows first-hand. Guiding one of the most technologically advanced machines ever created at depths in excess of 750 feet comes with a fair amount of stress. So does leading a team of men and women locked beneath the surface of the ocean in a 30-foot-wide, 300-foot-long nuclear powered naval vessel, armed with enough weapons of mass destruction to level several city blocks.

“It takes skill, knowledge, personal discipline and teamwork,” Stevens says about commanding a submarine. “Over 100 crew members work and live together for months at a stretch without seeing the light of day, all to defend their country. It’s an honor to serve with people like that.” 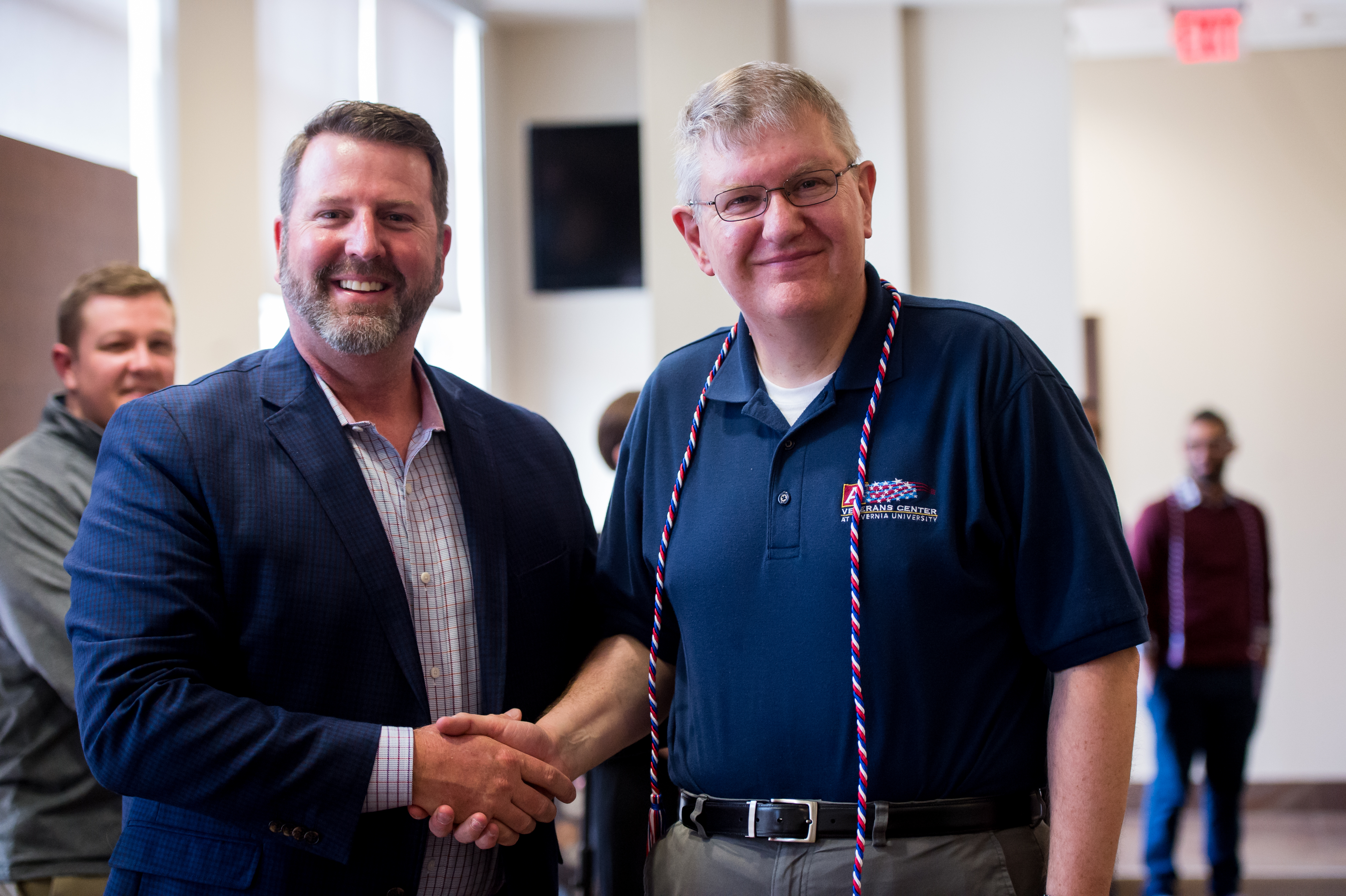 For Stevens, his time under the sea provided a defining experience that helped forge a leader who has served his nation as a naval officer for almost three decades. And his background would make any patriot proud.

A nuclear engineering major who went to Penn State on an NROTC scholarship, Stevens entered the U.S. Navy’s nuclear submarine program upon graduation in 1982. For the next 20 years, he was a submarine officer, either at sea or on a submarine waterfront.

He served on five submarines, rising to commanding officer of the USS William H. Bates in 1999, which he led on its final overseas deployment to the Western Pacific. He then took the vessel to the Navy shipyard at Pearl Harbor for its shipyard inactivation period, reactor plant defueling and decommissioning.

He also worked in Washington, first in the Chief of Naval Operations’ office in the Pentagon and then in the U.S. Department of Energy’s National Nuclear Security Administration.

These days you’ll find the submariner supreme landlocked in Reading, Pa., studying at Alvernia, where he is pursuing a Doctor of Philosophy in Leadership degree and spending time in the school’s new Veterans Center that he helped get up and running in the fall of 2014.

“Curtis is an excellent doctoral student and true leader,” says Dr. Tufan Tiglioglu, director of Alvernia’s Ph.D. program. “He has the natural intellectual curiosity to excel as an outstanding scholar.”

It may seem like an unlikely match for someone whose sea legs have served him so well. But Stevens says he caught the academic bug when he was chosen for a fellowship at Boston University during the 1997–98 academic year to study the former Soviet Union. 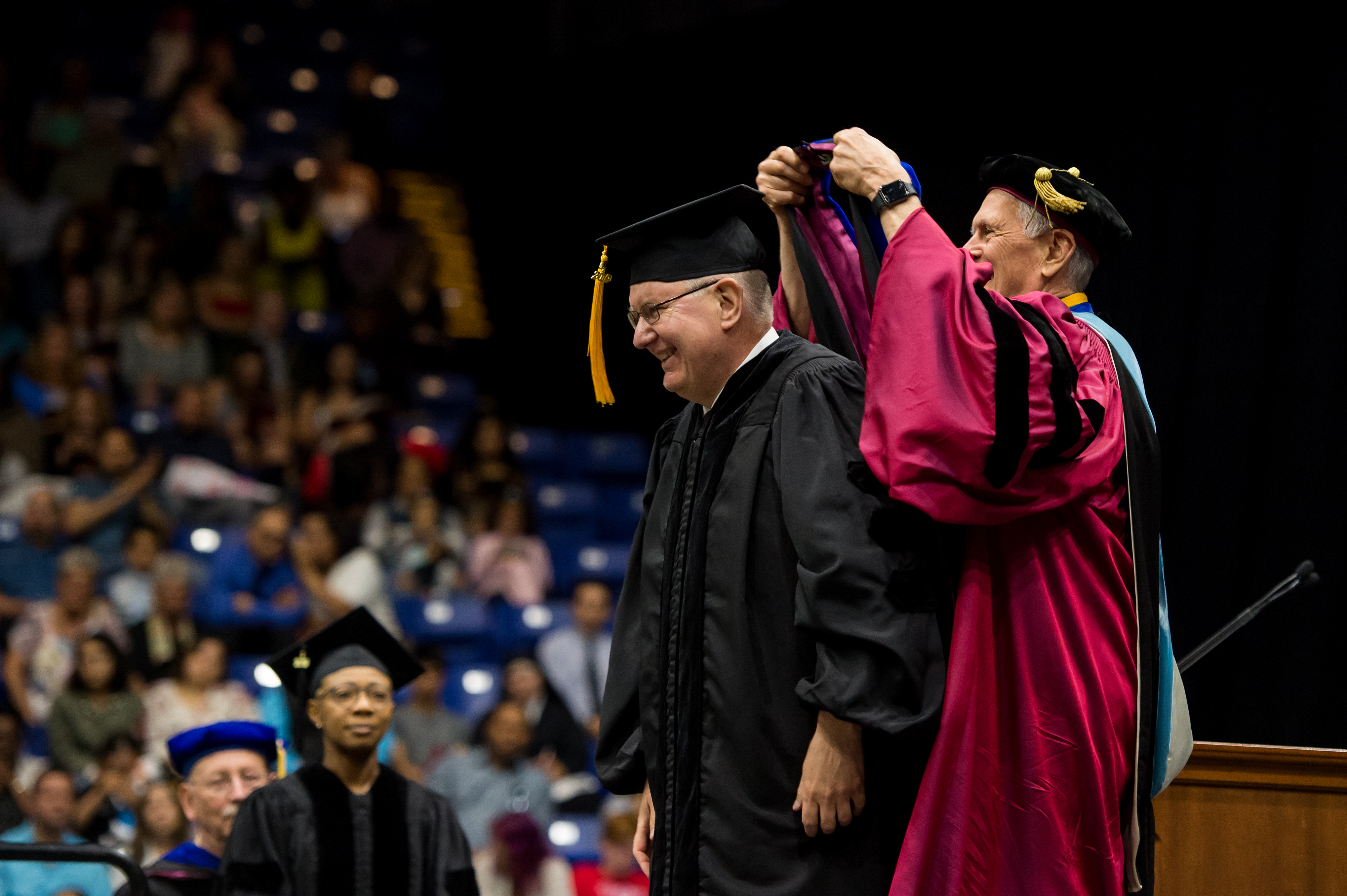 Dr. Curt Stevens is hooded by his Dissertation Chair Dr. Spencer S. Stober at the May 2019 Commencement Ceremony.

“It was an interesting chance to not wear a uniform for a year and go to lectures at MIT and at the Kennedy School at Harvard and immerse myself in something that was not engineering and not submarines,” says Stevens, who previously earned a master’s in political science from Auburn University Montgomery while at Maxwell Air Force Base in Montgomery, Ala. “It opened my eyes up to academia. I never dreamed I would be back in Boston 10 years after that.”

But he was. In 2008, Stevens returned as commanding officer of the Boston University–MIT Naval ROTC Consortium. And when Harvard University ended its ban on ROTC in 2011, Stevens became the school’s first ROTC director in four decades.

When he retired from the Navy in 2012, Stevens moved back to Pennsylvania to be close to his mother and pursue his doctorate, settling in Hershey and choosing Alvernia’s leadership program.

And while he misses the ocean and the camaraderie of the Navy, this career nuclear submarine officer has found life above sea level no less rewarding, and academic life at Alvernia no less challenging. In fact, it’s been the perfect fit, blending his love of academe and rigor of study with his natural inclination for leadership. And Alvernia’s Franciscan roots have special meaning as well.

“After my late father retired from the Navy in the early 1970s, he went to St. Francis in Loretto for the necessary courses to obtain a Pennsylvania teacher certification,” explains Stevens. “There was no Troops to Teachers program at that time, and St. Francis was the only school that would work with him to obtain certification. So somewhat ironically, here I am 40 years later at another Franciscan institution, learning the theory of what I practiced for 30 years: leadership.”