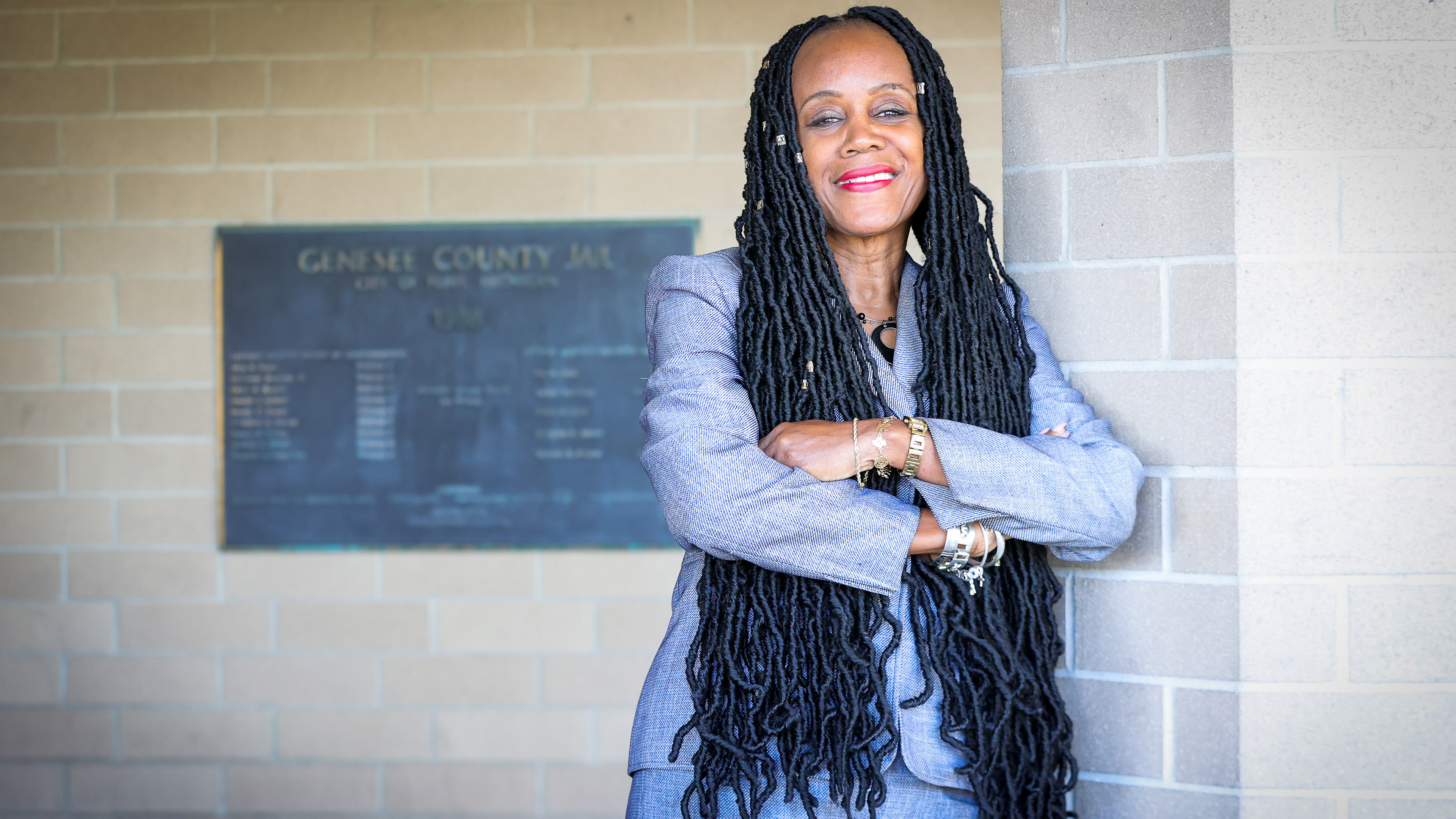 Throughout her 32-year career with the Michigan Department of Corrections, Denise Smith Allen, Ph.D. '79, met many people from all walks of life who shared one thing in common: they needed a second chance. Allen realized early on that building trust was the first critical step toward helping offenders succeed at making positive life changes.

“Once you see that they understand that you're really with them, the light goes on and things start happening,” said Allen. “I would tell them, I don't work for General Motors. I'm not on the line. If you have an issue and you need to talk about something, I'm going to take the time.”

For more than three decades, Allen inspired several hundreds of probationers to see their potential and celebrated alongside many as they achieved important milestones—overcoming addiction, graduating from college and landing new jobs. After one woman became the director of the same program she attended to combat alcoholism, Allen shared her “before-and-after” pictures—the “before” was a mug shot—with other probationers to show them that they too could change direction and shape the future.

Allen, who earned a bachelor's degree in criminal justice at Alvernia University, devoted the last 11 years of her career to working only with female offenders, a decision that surprised many of her colleagues. “When I said I was going to do this specialized caseload of 100 women, people said: ‘I'd rather supervise 300 men.’ It was a very interesting journey to learn so much about the various traumas that occurred and trying to help probationers move past that in terms of making better decisions for themselves,” she said.

Today, as an adjunct professor at National Louis University in Chicago, Allen shares her insights and the knowledge she's cultivated with future generations of criminal justice practitioners. She also supports nonprofit organizations in improving the lives of justice-involved men and women through the consultancy she established in 2017, Allen Consulting & Research LLC. Her experience working with female offenders is invaluable to organizations that also work with this fastest-growing segment of the justice-involved population.

In addition to her professional contributions, Allen has been dedicated to serving the people of Michigan in many other ways. For 15 years, she led her own nonprofit, Sisters United, which empowered future leaders by offering scholarships for students entering civic service occupations; one recipient went on to become an attorney. She also co-hosted the local television program “In My Opinion,” which addressed critical community issues. A past president of the Flint Housing Community, Allen sat on Flint's Human Relations Commission and Citywide Advisory boards.

Allen's commitment to community service was honored with the Liberty Bell Award from the Genesee County Bar Association and special recognition from the Town of Flint, Mich.

Giving back and helping others is her life mission and the foundation for Allen's long and successful career in corrections, a field that is notorious for causing professional “burnout.”

“I work out, I have my faith, I have a supportive husband and strong family,” Allen said. “My sons are grown, and they have their own families now, so I'm connected and I'm good. I feel blessed in my reputation in the community because I've done a lot. I've established multiple layers of relationships and those things are very important to me. Your reputation and your name are all you have when it's all said and done.”