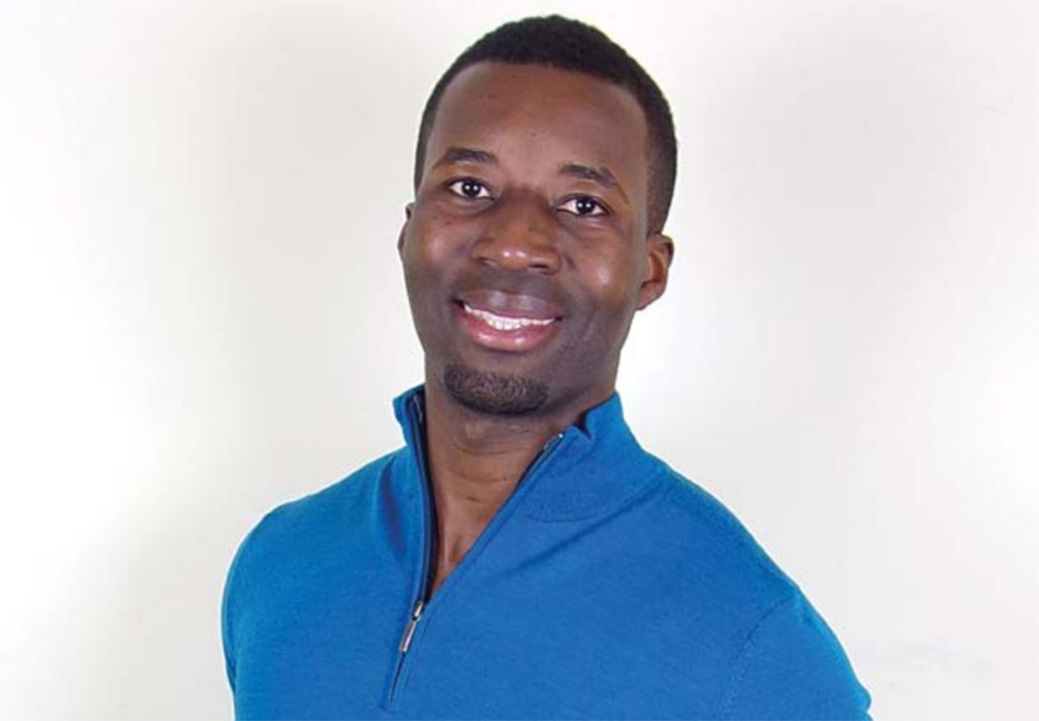 Junior Bernard’s journey since graduating in December 2014 has not been a straight path. And yet Bernard, 32, who grew up in poverty in Haiti, believes God is at work in his life and has placed him exactly where he should be.

“My life hasn’t been exactly like I envisioned it,” Bernard said during a recent interview. “But I am seeing how God’s master plan for my life is unfolding.”

Following graduation, during which Bernard, a communications major, delivered an inspiring commencement speech that remains one of the most watched videos on Alvernia’s YouTube channel, he took a job at Penske Truck Leasing in Reading and was firmly on track for a management
position. Nearly two years after starting, however, he faced a life-altering decision.

When he learned that his hometown of Jeremie, a coastal city on the tip of Haiti’s southern peninsula, had been ravaged by Hurricane Matthew on Oct. 4, 2016, Bernard was torn between keeping his job and returning home to help.

“I knew I had to decide, and I chose to go help my family and others rebuild after that catastrophic event,” he recalled. “I was very touched because when I said I was leaving Penske, the top executive who gave me the job was so supportive of my decision he donated thousands toward my Haiti relief efforts.”

Those donations, other financial resources and many hours of hard work enabled Bernard to help rebuild homes, provide food for hungry residents and get children back to school. Upon returning to the United States in 2017 and settling in Charlotte, North Carolina, Bernard was moved to establish
Haiti’s Heartbeat, a 501(c)3 nonprofit organization to provide education and job opportunities for Haitians.

“That humbling experience I had in Haiti led me to launch the nonprofit,” Bernard said. “And since then, my team and I have been able to remove more than 1.5 million pounds of trash, create 250 jobs to help families get back on their feet and fund education for more than 150 students there.”

While working to start the nonprofit, Bernard also became concerned with another issue— the plight of some immigrants and African Americans struggling to start up small businesses or other entrepreneurial enterprises in the United States and abroad. A lack of technical resources makes that difficult, he noted, and many potential entrepreneurs were frustrated and facing economic hardship. While working at a Rent-A-Center store, Bernard began consulting with aspiring entrepreneurs to help advance their business dreams.

“My desire to help aspiring entrepreneurs and business owners led me to spend countless hours learning Internet marketing, website building and other tech-related skills,” he said.

Three years later, Bernard’s desire to help others, coupled with his willingness to learn new skills, has led him to yet another enterprise: starting his own company. He is on the verge of launching Belsouri.com, an Internet company created to provide curated business insight, news and resources to help minorities start and run strong businesses capable of building generational wealth.

“Looking back, I realized my focus and desire to help others learn technology and build businesses over these past few years was so I could put it all to use for a greater purpose,” Bernard said. “I believe through Belsouri.com, God will use me to touch millions of lives.”

The name of the site, Belsouri, is Haitian for “beautiful smile.” With a tagline of “Insights, News & Sources to Build Black Wealth,” its purpose is twofold. The site will lift up and tell the stories of Black entrepreneurs, individuals and small business owners. It also will feature businesses and products and convey news and opinion.

“One day, when you think of anything positive about the minority community, I want you to think of Belsouri,” Bernard said.

He believes the site also will generate money through advertising to support Haiti’s Heartbeat.

“I want to make enough money from Belsouri to fund my nonprofit, because I think the two go together,” he said. “I was fundraising on my own for Haiti’s Heartbeat, but I realized it would be a better use of my time to launch the website, make it successful and then approach people who may be willing to support us.”

Bernard is anticipating a bright and eventful future, poised to continue to help others as he moves forward himself.

“I’ve learned a lot between the time I graduated from Alvernia and now,” he said. “At this stage in my life, I have never felt so empowered and ready to tackle what lies ahead. God willing, 2021 is going to be the biggest year of my life.”